'Missing' cosmic matter is identified by a Slovak

NORBERT Werner, a young Slovak astrophysicist working at the Kavli Institute for Particle Astrophysics and Cosmology at Stanford University in California, has uncovered part of the missing matter in the universe by capturing the images and spectra of a bridge of hot gas connecting two clusters of galaxies. 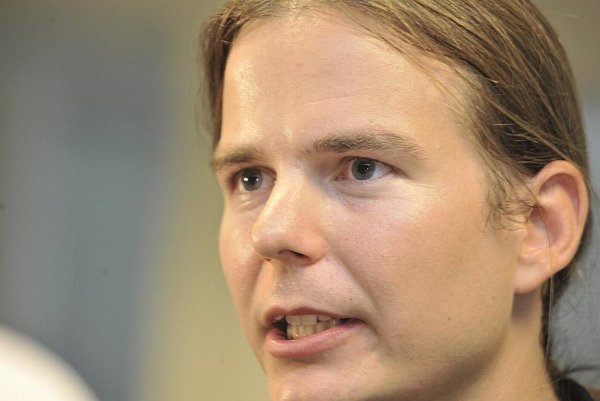 NORBERT Werner, a young Slovak astrophysicist working at the Kavli Institute for Particle Astrophysics and Cosmology at Stanford University in California, has uncovered part of the missing matter in the universe by capturing the images and spectra of a bridge of hot gas connecting two clusters of galaxies.

Werner, age 29, comes from the town of Rožňava in southern Slovakia. He is one of very few researchers who have received grants from the National Aviation and Space Agency (NASA). Each year about 100 people from all over the world apply for these grants and only five are chosen, as Werner was in 2008.

Currently, Werner’s research is focused on the influence of supermassive black holes on the development of galaxies. “It is remarkable that 30 years ago black holes were an exotic issue. Today, we know that these black holes contribute a great deal to the way our galaxies and universe develop. Today, black holes are an integral part of our understanding of space,” Werner told the TASR newswire.

Werner and his team were able to document a bridge or filament that probably contains the hottest and densest part of the diffuse gas that connects two galaxy clusters known as Abel 222 and Abel 223. This discovery confirmed the theories of astrophysicists dating back to 1999 that about one-half of atomic matter in space that could not be otherwise accounted for was likely contained in these kinds of fibres among galaxy clusters. The arrangement of matter in space with this fibre-like structure is called a cosmic web.

“All the stars we can see in the sky are within our galaxy. We call it the Milky Way and it contains about 400 billion stars. But there are hundreds of billions of similar galaxies in the universe and I devote my research to this broader-scale structure of space, that is to other galaxies and the way that matter is distributed in space,” the scientist said.

On July 22, Werner gave a lecture titled “The Dark Side of Space” as a guest at the scientific café called Science in the Centre, organised by the National Centre for Popularisation of Science and Technology in Society, which is a part of the Slovak Centre of Scientific and Technical Information (CVTI SR).

“My lecture was focused on what we do not know about the universe – which is much more than what we do know,” Werner said. He called his profession a dream come true. “I encourage all children and young people who dream about flying to outer space or becoming astronomers – or anyone else who has a dream – to believe in their dream and go for it. This is most important,” he said.