THE APPROACHING Ice Hockey World Championship holds out the prospect that Slovakia will be turned into a country of pucks and hockey-sticks for the next year. The competition is now less than 12 months away and is keeping its full-time organising team busy. The Slovak Spectator spoke to the head of the Organising Committee for the 2011 IIHF World Championship Slovakia, Igor Nemeček, about his work, the impact the championship will have on the country, and the current challenges facing Slovak ice hockey. 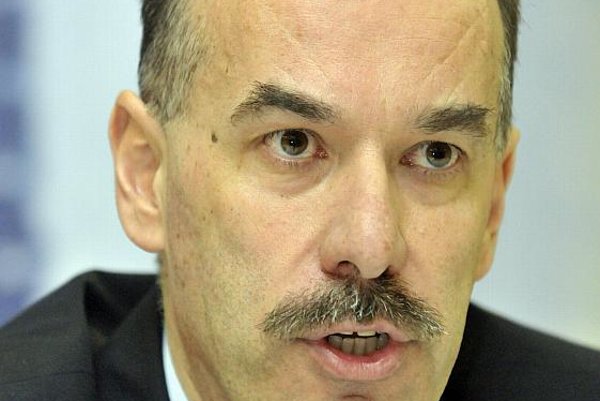 THE APPROACHING Ice Hockey World Championship holds out the prospect that Slovakia will be turned into a country of pucks and hockey-sticks for the next year. The competition is now less than 12 months away and is keeping its full-time organising team busy. The Slovak Spectator spoke to the head of the Organising Committee for the 2011 IIHF World Championship Slovakia, Igor Nemeček, about his work, the impact the championship will have on the country, and the current challenges facing Slovak ice hockey.

TSS: For the first time Slovaks have been asked to organise the ice hockey world championship. How are the preparations going?

Our organising committee has been working since August 2009 and now we have less than one year before the competition starts – specifically, some 247 days [as of August 24]. Preparations are at a very good level at the moment. We’ve had some visits from the International Ice Hockey Federation (IIHF) and its partner organisation, Infro, which is a marketing partner of IIHF and also our main consulting partner. We are following a timeline which has been set so that on April 27, 2011 [the day when the championship officially starts], we can say that everything is ready for the 75th Ice Hockey World Championship in Slovakia to begin.

TSS: What does it mean for Slovakia and for Slovak hockey to have the championship happening here?

In the first place, it’s the first big event of its kind in the history of independent Slovakia since 1993. That is what we bear in mind when doing the organisational work, to make it a really big event that will attract as many people as possible to Slovakia, not only Slovak but also foreign ice hockey fans. Certainly, millions of people will be watching live broadcasts from Slovakia on television.

Ice hockey is the number one sport in Slovakia and in recent years the Slovak hockey team has had some really great successes. But we believe that this championship can also contribute to winning the hearts of talented youngsters for Slovak hockey, so that children have the will to take part, to play ice hockey in the future and to follow the examples of those players who had been there at the most important competitions and who have won medals for Slovakia. And we believe that the current gold generation will still be here next year at the championship, so that the public will be able to see them play live at home.

TSS: How did Slovakia earn the opportunity to stage the championship? Was it hard to beat the other applicants?

The competition and the number of candidate countries grow bigger every year. We ran as a candidate in 2006, five years before the start of the 2011 world championship, and we stood against three other countries. The factors that played a part were principally diplomacy, sporting success and the popularity of ice hockey in Slovakia, as well as the overall presentation of how we foresaw the organisation, and the support we would get in Slovakia.

We presented the whole project on May 19, 2006, and that presentation was key. We felt honoured that President Ivan Gašparovič also attended the presentation, that he came to support Slovak ice hockey. He is actually the first head of state in history that had come to an IIHF congress to support his country’s bid to organise the championship. We won in the very first round and immediately knew we were going to be given the opportunity to organise the 2011 championship.

TSS: Why does Slovakia have such a strong ice hockey tradition?

That comes from the times of Czechoslovak hockey. At that time, we had a strong ice hockey school in Slovakia and the Czech Republic, both in terms of coaches and players. Even when we had Czechoslovak teams, we always had representatives from Slovakia in all teams – junior and senior. The same went for the coaches. And you hear even today about the famous Czechoslovak ice hockey school.

So we could say that when Slovakia became independent the tradition just automatically remained and was even strengthened by the successes of Slovak hockey players. In a very short time the teams went from group C to the top group A. And after we won medals in 2002 and 2003 the whole nation started to be keen on hockey – it is now really popular in Slovakia.

Many people around the world say that the fact that Slovak ice hockey is so successful is a mystery, because in comparison with other countries we have a very small member base. So it is beautiful.

TSS: What are the main challenges that Slovak ice hockey currently faces?

At the moment the championship is a challenge for Slovak hockey and particularly for the organising committee and for the Slovak Ice Hockey Association (SZLH). Our aim is to organise this championship the best we can, as it will be Slovakia’s first, so that everything goes well, so that the teams, the players, the journalists, the sponsors, the audience and everybody who takes part is happy with the championship, so that they have only the best impressions from Slovakia, and so that we promote Slovakia in such a way that everybody knows where the country is, and no longer confuses it with other European countries.

TSS: Are you hopeful about the future of Slovak ice hockey? Do we have promising juniors?

I believe so. Obviously there will be some followers of those great players that we had before and that we have now and I believe that in a couple of years they will grow up and please us with success similar to that which Slovak hockey enjoyed in the past.