WHEN the new centre-right coalition took power, many Slovaks believed that the time had finally come to pursue limits on MPs’ immunity, thereby putting an end to the periodic instances of MPs being shielded from investigation of corruption, or of them refusing to take alcohol tests after being involved in traffic accidents. Two months later, however, it appears MPs will continue enjoying the enhanced rights that their seat in parliament currently bestows. 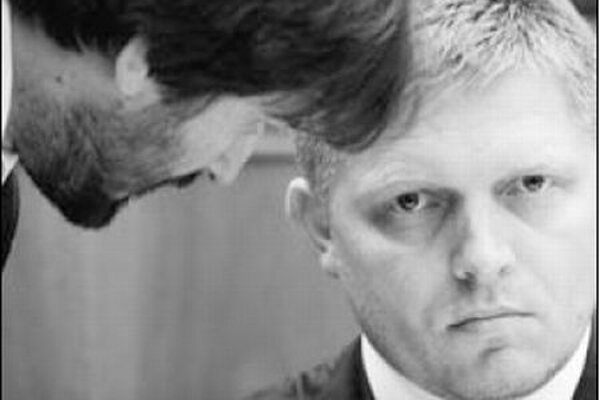 WHEN the new centre-right coalition took power, many Slovaks believed that the time had finally come to pursue limits on MPs’ immunity, thereby putting an end to the periodic instances of MPs being shielded from investigation of corruption, or of them refusing to take alcohol tests after being involved in traffic accidents. Two months later, however, it appears MPs will continue enjoying the enhanced rights that their seat in parliament currently bestows.

Immunity limits have been subject to parliamentary discussion 11 times in the past, but have always failed to get enough support from MPs. Under the current law, parliament must vote to strip one of its own members of his or her immunity, and only then can the MP be prosecuted. Similarly, judges and the general prosecutor can only be prosecuted if the Constitutional Court strips them of immunity. MPs, judges and the prosecutor also enjoy immunity from punishment for minor offences, such as fines for speeding.

The original draft amendment to the constitutional law, authored by Prime Minister Iveta Radičová, proposes limiting MPs’ immunity only to votes and statements made in parliament and judges’ immunity only to decision-making while in court. It would maintain the need for parliamentary or Constitutional Court approval for an MP or a judge to be detained, but would eliminate the need for their approval before prosecution could proceed.

However, to pass a constitutional law a qualified three-fifths majority – 90 of the total 150 votes – is required in parliament, something which the governing coalition does not command. At least 11 opposition deputies would have to join the coalition’s 79 MPs and vote in favour of the law for it to pass. Since Smer, the largest opposition party, controls all but nine of the opposition seats, its support is thus required to get immunity limits passed.

However, during the parliamentary debate Smer has been reluctant to support the draft law as it stands. Leader Robert Fico claimed there was no reason for Smer to help the ruling coalition fulfil its programme statement, and raised two major objections: he said Smer would not vote to strip judges of their immunity; and said his party wanted the final vote on the bill postponed until after the September 18 referendum, which will include a question on MPs’ immunity.

The ruling coalition had refused to fulfil these conditions, but a parliamentary debate on September 9, which should have led to a final vote on immunity the same day, changed the course of events.

An incident occurred in parliament on September 9 between an MP for the coalition Freedom and Solidarity (SaS) party, Igor Matovič, and Smer MP Robert Kaliňák. After Kaliňák made a remark implying that Matovič was a thief, the latter reacted by calling Kaliňák a ‘prick’. The session was subsequently interrupted after many MPs, anticipating that the altercation would escalate outside the chamber, left their seats. It was later postponed until the following day.

However, Smer decided to boycott parliament the following day, despite the fact that Matovič had apologised and Richard Sulík, the speaker of parliament and leader of SaS, issued a statement calling on Smer MPs not to obstruct the work of parliament.

The entire opposition, apart from one MP from the Slovak National Party (SNS), did not attend the September 10 session. In turn, coalition MPs supported a procedural proposal by Peter Osuský of Most-Híd to postpone the vote on immunity limits until the October session, and thus after the referendum. Coalition leaders also said they were willing to omit judges’ immunity from the original proposal.

“Mr Fico thus has all the conditions he wanted fulfilled,” Sulík said, as quoted by the ČTK newswire after the session. “And now they can really come and vote on cancelling the immunity of MPs in the form that they claim to have no problem with.”

Smer’s Robert Fico welcomed the postponement of the vote but suggested the law might not proceed so easily. Instead, he called on coalition politicians to cooperate on a common coalition-opposition proposal. For this, Smer wants to introduce its own proposals. Under these, for example, if a member of parliament were to commit a misdemeanour the police would not fine him or her but instead report the incident to the relevant parliamentary committee, which would administer a fine.

Fico said he wanted to initiate discussion between opposition and coalition representatives via his fellow deputy speakers of parliament, Pavol Hrušovský, Milan Hort and Béla Bugár. He claimed it was impossible to discuss the matter with Sulík, and described Sulík as being “beyond political reality”. He called on Sulík’s SaS to “stop with cocaine parties, because they are losing their minds”, the SITA newswire reported.

However, political analyst Grigorij Mesežnikov of the Institute for Public Affairs (IVO) noted that a new, common proposal would be very hard to realise, since it would mean the current proposal would have to be withdrawn from parliamentary debate.

“Smer would then propose various requirements, require consultations and drag [the talks] out for an unlimited period,” Mesežnikov told The Slovak Spectator, adding that a constructive approach from both sides would be necessary for such a proposal to be passed, and he did not expect any such thing from Smer, as immunity limits are an issue where Smer identifies itself against the coalition.

“I don’t see [a common proposal] as probable, and Smer’s MPs voting for a coalition proposal even less so,” Mesežnikov said. “I wouldn’t rule it out totally, but given the present situation and the development of relations between the coalition and Smer it is very improbable.”

Meanwhile, an initiative called For Change has called on MPs to make a public promise that they will not use the advantages of their immunity from prosecution outside parliament.