A MAJOR international security conference, originally scheduled to take place in early summer but postponed after a volcanic ash cloud closed airspace over Europe and prevented many prominent participants from flying to Bratislava, was finally held in Slovakia’s capital on September 13 and 14. 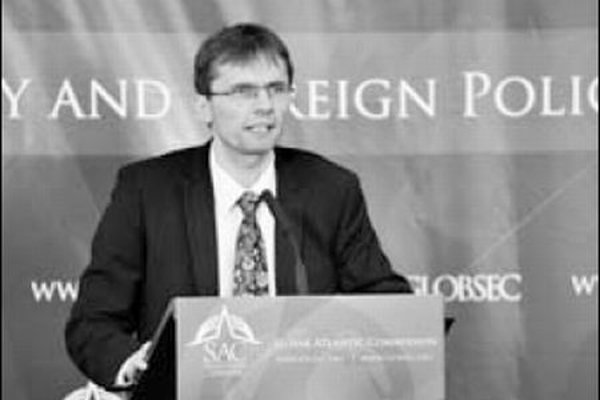 A MAJOR international security conference, originally scheduled to take place in early summer but postponed after a volcanic ash cloud closed airspace over Europe and prevented many prominent participants from flying to Bratislava, was finally held in Slovakia’s capital on September 13 and 14.

GLOBESEC 2010, organised by the Slovak Atlantic Commission in cooperation with the Slovak Foreign Ministry, the European Commission Representation in Slovakia and the NATO Public Diplomacy Division, featured discussions among key authorities in government and non-government institutions on topical foreign policy and security issues, including changes in European diplomacy flowing from the Lisbon Treaty, the ongoing elaboration of a new NATO Strategic Concept, the conflict in Afghanistan, the complicated political situation in Bosnia, and the consequences of the economic crisis on the distribution of world power.

Another issue in focus at the conference, the fifth sponsored by the Slovak Atlantic Commission, was future cooperation among Visegrad countries which, after this year’s elections in the four countries, find themselves in a favourable alignment for joint actions on many major issues.

Leading diplomats from the four Visegrad countries as well as the Bulgarian Minister of Foreign Affairs, Nicolay Mladenov, and deputies from the ministries of foreign affairs of Ukraine and Norway attended the conference as well as Marc Perrin de Brichambaut, the Secretary General of the Organisation for Security and Co-operation in Europe (OSCE) and Iurie Leancă, the Deputy Prime Minister of the Republic of Moldova. Other key representatives of government agencies and the non-governmental sector from western Europe and the United States also participated in the deliberations.

GLOBESEC 2010 served as a platform for Slovak Foreign Minister Mikuláš Dzurinda to meet with his counterparts from different countries. Apart from his Visegrad Group (V4) colleagues he held an official meeting with Moldova’s Leancă at which he said Slovakia fully supports the pro-European direction of Moldova. According to Leancă, Moldova is presently facing a complicated situation after a failed referendum.

The question of whether Europe is prepared to become a strong global player was one of the issues debated on the first day of the conference. Eduard Kukan, a member of the European Parliament and a former Slovak foreign minister, said he believes the EU will become a global player, while security expert Tomáš Valášek of the Slovak Atlantic Commission said he does not believe this will be the case because member states do not agree often enough on key foreign policy issues.

István Gyarmati, a Hungarian expert from the Budapest-based International Centre for Democratic Transition said that Europe is currently in a good position to exercise more global power since it does not need to deal with institutional issues for a long time to come. Gyarmati also stressed the importance of Visegrad cooperation and said it is among the priorities of the Hungarian government’s foreign policy. He added that dealing with issues involving Roma should be on the Visegrad Group’s agenda.

Another issue that resonated during the conference was Afghanistan. Slovakia made a public promise to increase the number of its troops in Afghanistan at the conference, with the aim that the troops will gradually be trained to also take part in military operations. That idea was in the plan presented at the end of 2009 by former Slovak defence minister Jaroslav Baška. Slovakia will join those countries which have committed to contribute more to the ISAF mission despite the deteriorating security situation in Afghanistan.

Experts at the conference said that although NATO has reassessed the strategy for Afghanistan several times in recent months, the number of coalition casualties has risen to the same level as at the onset of the conflict in 2001. Discussants also commented on the incapability of the Afghan police and army to maintain control over already safe regions, questions of voting fraud in last year's presidential election, and the soundness of Afghan President Hamid Karzai’s plan to negotiate with the Taliban.