SLOVAKIA’S natural gas market has been open to competition for several years but the real fight for end-users has only recently started. While in 2009 only 45 businesses reported that they had switched to a different gas supplier, competition sharpened in 2010 with several new gas suppliers eyeing corporate customers, even smaller ones, and promising lower prices. 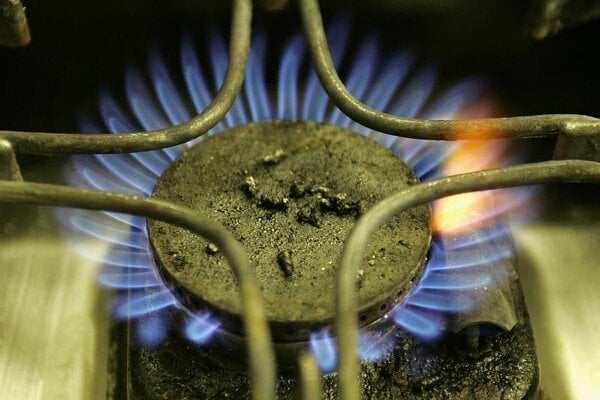 SLOVAKIA’S natural gas market has been open to competition for several years but the real fight for end-users has only recently started. While in 2009 only 45 businesses reported that they had switched to a different gas supplier, competition sharpened in 2010 with several new gas suppliers eyeing corporate customers, even smaller ones, and promising lower prices.

Slovenský Plynárenský Priemysel (SPP), the country’s dominant gas utility, has responded with new product offers that target the most sensitive issue for most customers: the price for natural gas. Because the household natural gas market has regulated prices, it has not become an attractive segment for new entrants in the gas supply sector and SPP remains the only supplier at this time.

Increased competition in the natural gas market brings potential benefits to customers through a broader array of products, more choice and a wider portfolio of services as well as the possibility of lower prices.

In 2009 four new gas suppliers began to provide services in Slovakia, joining the traditional gas supplier, SPP. These were Košice-based RWE Gas Slovensko, Žilina-based Lumius Slovakia and two companies based in Bratislava, Shell Slovakia and VNG Slovakia. This year, additional companies, such as Vemex, have entered the market or have announced plans to do so.

“In 2009 new gas suppliers accounted for over 7 percent of gas supplies to industrial clients in Slovakia,” Miroslav Lupták, the spokesperson of the Regulatory Office for Network Industries (ÚRSO), told The Slovak Spectator, adding that figures for 2010 are not yet known. “The number of gas consumers (business entities) which changed their gas supplier in 2009 totalled 45.”

The new gas supply companies focused in 2009 especially on industrial customers in the categories of large or medium-sized consumption, according to Lupták. ÚRSO expects that there will be an increase in the number of businesses with smaller consumption which switched their supplier this year.

SPP continues to be the dominant company supplying natural gas despite the increased competition in the business and industrial segment. In the household segment, SPP remains the only supplier as the regulated market has not attracted alternative suppliers.

“SPP remains the key supplier with an aggregate share of 82 percent,” Ondrej Šebesta, SPP spokesperson, told The Slovak Spectator. “With regards to the highly competitive environment and the persisting economic crisis we consider our current position to be very good. SPP continues in 2010 to supply natural gas to large clients, for example the Slovnaft refinery with which we signed a five-year gas supply contract last year, but also with the steelmakers U.S. Steel Košice and Železiarne Podbrezová. We also managed to get some customers to return, for example Embraco Slovakia, Whirlpool Slovakia and ZVS Holding. This confirms that our experience has value for customers.”

Šebesta said trends seen abroad confirm that the change in market shares that has occurred in Slovakia after market liberalisation and the entry of new gas suppliers is comparable with other European countries that liberalised their natural gas market.

“The offer of SPP in unregulated segments is fully competitive,” said Šebesta, adding that SPP benefits from its experience as the traditional gas supplier in Slovakia, enabling it to flexibly respond to even non-standard requirements by customers.

RWE Gas Slovensko started supplying natural gas to end-users across Slovakia in January 2009. After a successful effort targeted at large industrial customers, the company extended its offer to smaller companies and other kinds of customers as well.

“Since May 2010 RWE Gas Slovensko has also offered gas to customers with annual consumption up to 633 MWh (approximately 60,000 cubic metres),” Katarína Šulíková from Východoslovenská Energetika (VSE), one of Slovakia’s power distribution companies, told The Slovak Spectator. “This market has potential for our company.” VSE is 49 percent owned by RWE, a German-based electric power and natural gas public utility, which also controls RWE Gas Slovensko.

RWE Gas Slovensko promises a 10-percent price reduction to customers from this segment in comparison to the traditional supplier , according to Šulíková.

“To date, more than 1,000 clients have switched to RWE Gas Slovensko,” said Šulíková. “Our clients come from all segments of retail trade and production. Furthermore, there are entities from local administration, schools, and offices [that have switched].”

During its two years of operation RWE Gas Slovensko has captured a 25-percent share of the market for large corporate customers and is supplying gas to companies such as Duslo Šaľa, Mondi SCP Ružomberok and Tepláreň Košice, according to Šulíková, who added that the company has signed 1,000 contracts with small companies for gas supplies.

In early 2010 Czech energy company ČEZ announced its entry into the Slovak natural gas market. Its spokesperson Eva Nováková explained to The Slovak Spectator that its success in starting to supply gas to customers in the Czech Republic in late 2009, in which it gained 5 percent of the corporate market, led ČEZ to expand into Slovakia.

ČEZ plans to focus on the corporate sector in Slovakia as it did in the Czech Republic but the company is also considering an entry into other market segments. The company’s current goal is to develop a baseline portfolio of customers from which it can further grow.

Vemex is a natural gas trading company from the Gazprom group operating in the Czech Republic which has decided to offer natural gas supplies to end-users in Slovakia.

“It seemed to us to be a completely logical course,” Hugo Kysilka, vice-president for marketing at Vemex, told The Slovak Spectator, adding that RWE and VNG, another German natural gas company, are operating in the Slovak market and that SPP has entered the Czech market. He added that that since the Czech Republic and Slovakia used to be one country, their gas distribution systems are similar and experts from each country know each other well.

Vemex has held a licence to supply gas in Slovakia for five years and it plans to start doing so this year.

“We do not want to set out overly bombastic plans; we are realistic and the volume we would like to deliver in 2010 would not exceed 10 million cubic metres of natural gas,” said Kysilka, specifying that they are addressing large and medium-sized as well as small gas consumers, with a focus on the latter two groups.

In their efforts to reach potential customers gas supply companies are targeting the most sensitive issue: the price for gas. But they are also seeking to attract customers by advertising their experience in foreign markets as well as the strength of their parent companies.

RWE Gas Slovensko told The Slovak Spectator that it tries to attract new clients with lower prices, reliable supplies, flexible product offerings, consulting advice, and the strong background of its parent company, RWE, based in Germany. Šulíková further noted that RWE Gas Slovensko does not require any entry or activation charges and has no hidden charges.

“With regards to the gas supply itself, we stress to [potential] customers that a change in their supplier does not mean any risk of worse quality gas or a limit in its supply,” said Šulíková. “The method of gas distribution to the places of consumption does not change either. It is also not necessary to build new connections or other facilities.”

SPP responded to the price and service offers of the new entrants to the market by announcing a range of new products and services in mid September.

“A hot novelty for our customers, especially in the segment of small and medium-sized companies, is a new product which offers a better price based upon a commitment of the customer to take an agreed-upon volume of gas over an agreed-upon period of time,” said Šebesta, comparing this model to one used by telecommunications operators. Šebesta said SPP customers can save up to 10 percent on the price of gas in this way.

When reviewing the conditions connected to switching to a new gas supplier in Slovakia, Nováková of ČEZ said that the administrative burden is higher in Slovakia in comparison with the Czech Republic and the knowledge of Slovak end-users about the liberalised natural gas market and the possibility of changing to a different supplier is lower. Nováková also said that among large customers the complexity of products offered by the leading supplier makes it difficult to assess offers made by alternative suppliers.

Kysilka of Vemex does not see any significant difference between the Czech and Slovak markets but did note that the Czech market is far more liberalised and has more gas suppliers.


“But we recently held a meeting with the gas distribution company SPP Distribúcia [in Slovakia] and this was much more forward and open than we had at the start of our company’s operation in the Czech Republic,” said Kysilka.

Regulated household market is not attractive to newcomers

Households in Slovakia are not an attractive market for new entrants into the gas supply business.

RWE Gas Slovensko has not offered natural gas to households and is not considering doing so.

“This is a segment in which price regulation does not create space for competition with the currently dominant supplier,” said Šulíková, while stating that her company does not entirely rule out entering this market segment. “The potential entry of our company into this segment will depend on at least a change in the way of regulation.”

ČEZ and Vemex also stated that they have no current plans to enter the household segment in Slovakia and Vemex noted that it does not supply natural gas to households in the Czech Republic either.