Offering theatre that is 'Out of Normal'

THE INTERNATIONAL theatre festival Divadelná Nitra wants to hold true to the concept it has chosen for its 19th year: ‘Out of Normal’. Striving for innovation and mesmerising performances, the festival's creators expect both performers and audiences to step beyond the line of daily routine and boring normality. They have chosen plays and other performances that they say will grip the audience’s attention and nudge them into thinking ‘outside of the box’. 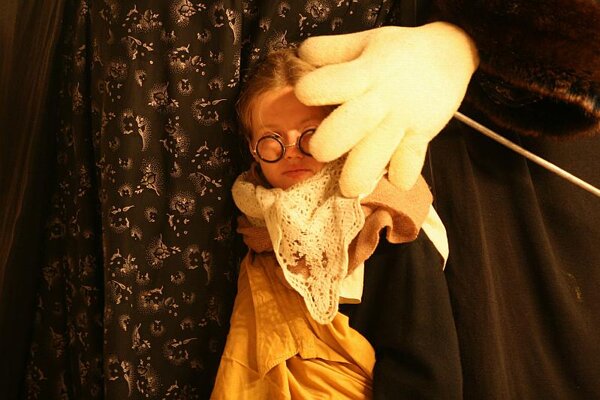 THE INTERNATIONAL theatre festival Divadelná Nitra wants to hold true to the concept it has chosen for its 19th year: ‘Out of Normal’. Striving for innovation and mesmerising performances, the festival's creators expect both performers and audiences to step beyond the line of daily routine and boring normality. They have chosen plays and other performances that they say will grip the audience’s attention and nudge them into thinking ‘outside of the box’.

“We don’t focus just on drama but on searching for works that overstep the lines of contemporary theatre or any other theatre genre,” said Romana Maliti from the festival’s organising team. “We will present many young playwrights, focusing mainly on those from central and eastern Europe.”

The festival will present 10 theatre groups from seven different countries but the usual string of six days of theatre offered in past years will be reduced to only four days due to financial limitations. Nevertheless Darina Kárová, the head of Divadelná Nitra, promises that this will not influence the quality of the festival as its atmosphere floods into the streets of Nitra between September 24 and September 27 and highly-regarded performers and performances from across Europe arrive to participate in the festival.

“There are several performances in our programme that have won awards here or have even been given awards in the European context,” said Maliti.

Nitra will become a temporary harbour for artists from Belgium, the Czech Republic, Russia, Poland, Hungary, France and Slovakia during the last week of September. The main programme is colourful and includes everything from drama, through dance and opera, to a circus performance. Visitors can experience works such as OPUS No. 7 from the renowned Russian director Dmitry Krymov – a play which received the Golden Mask award for stage sets. Kárová especially welcomes the participation of this leading Russian theatre company since it usually skips Slovakia and performs in Vienna instead.

“The fact that we got Krymov to come to our festival this year is an incredible achievement,” said Kárová. “It is a great success that such a group is coming here.”

Equally exquisite is the Czech circus La Putyka, with Rostislav Novák as its lead, which has received many international awards. For those who desire the highest quality on-stage drama, the festival also offers a Hungarian social drama called Muck and a Slovak documentary monodrama, M.H.L., which explores the complicated life of the first Slovak female theatre director, Magda Husáková-Lokvencová (M.H.L.).

The Polish Theatre in Wroclaw will offer Samsara Disco, a play which combines century-apart concepts from two important Russian authors, Victor Pelevin and Anton Chekhov, as a window into a disturbing generational view of the world we live in. Or festival visitors might consider learning more about Slovak language and history by taking in the monodrama HollyRoth in which actor Robert Roth gives flight to the words of Ján Hollý, the great Slovak poet and national awakener. If that is not enough Bratislava’s Theatre SkRAT offers Dead Souls, a sharp satire of the existing socio-political system. And the Slovak National Theatre, as part of the festival, will restage the opera Orpheus and Eurydice, the best opera of the 2008/2009 season, at its new building in Bratislava.

Festival visitors who want to see emotions embodied in the form of a stunning dance performance definitely should not miss the Belgian contemporary dance Out of Context – for Pina, created by choreographer Alain Platel, who has received prestigious awards for dance productions.

As in past years the blend of the festival’s performers and audiences in 2010 is multicultural, with many spoken languages, but every performance will be available for those who do not understand the language of the performers.

“All the performances have the text translated into English and all of them are also translated into Slovak, so both Slovak and foreign visitors will understand every performance,” said Kárová, adding that the majority of performances will be subtitled while one Polish staging will be interpreted straight into audience’s earphones in Slovak or in English.

The festival’s reputation abroad varies from country to country. According to Kárová, many people in Poland consider Divadelná Nitra to be a starting point for new Polish directors. Several Polish directors who had been participants in the Nitra festival subsequently got recognition in Poland and some later even became known around the world.

“In Hungary, they envy Divadelná Nitra because they still do not have anything like it,” Kárová said.

The festival enters the streets

In addition to the main programme, the festival offers an accompanying programme that features independent street theatre groups such as Kvelb and Garuda from the Czech Republic and Teatro Tatro from Slovakia. The market on the pedestrian zone is the place where young and older people as well as children can get their fill of culture. With rock or punk concerts, fairy tale performances and various other kinds of expositions, everyone can find something they like.

The younger generation is one of the festival’s target audiences and the organisers incorporate high school students into several street performances as well as giving them an opportunity to volunteer during the festival. The festival will also reach out to disabled persons with a programme called A Tulip for You that involves those with disabilities in interactive plays and workshops.

This increased involvement by a younger generation also means that younger and less experienced voters will have a say in the festival’s Board Awards 2010.

“This is stated without any negative undertone, but on the other hand the voting body lost some groups of people and this is rather alarming to professional groups and the genre groups,” Silvia Šípková, a member of the award board explained to The Slovak Spectator. “Personally, I miss those [voters] who voted for the musical and dance theatre.”

The Board Awards have been part of the festival for many years and they have gained the respect of theatre experts as well as the general public. This year the awards will be presented for the 15th time and the ceremony will again be broadcast live on TV. The awards show has been adapted throughout the years as its popularity rose and it has gained a fuller list of performances that voters and critics can see over a shorter time span. “I mean various parades, festivals, and private showings. You only need to see a few to get a clear picture of how the usual seasonal production looks,” Šípková said.

Šípková praised the participation of Bratislava theatres such as the Pavol Országh Hviezdoslav Theatre and the Slovak National Theatre at the festival. HollyRoth, a production of the latter, has been nominated for the Board Awards in several categories and it will close the festival on September 27.

For further information about the programme schedule, synopses of the performances and prices please visit the festival’s official website: www.nitrafest.sk.