THE MOUNTAINS of Slovakia hosted the highest military officials of the North Atlantic Treaty Organization (NATO) over the weekend of September 17-19. The heads of defence departments of member states, presided over by Admiral Giampaolo Di Paola, the chairman of the NATO group, focused primarily on ongoing military operations, possible reforms in the alliance and the so-called New Strategic Concept. 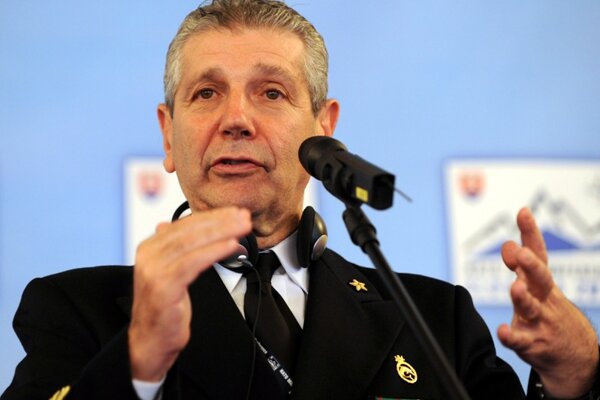 THE MOUNTAINS of Slovakia hosted the highest military officials of the North Atlantic Treaty Organization (NATO) over the weekend of September 17-19. The heads of defence departments of member states, presided over by Admiral Giampaolo Di Paola, the chairman of the NATO group, focused primarily on ongoing military operations, possible reforms in the alliance and the so-called New Strategic Concept.

About 450 NATO military officers from all 28 member states comprise the NATO Military Committee and they meet at least three times a year with at least one conference, such as the one in the Tatras, taking place in a member country.

The first day of the conference was mainly devoted to briefings and discussions on the present state of alliance military operations in Afghanistan and Kosovo, with special attention to the national elections simultaneously taking place in Afghanistan. The second day began with a discussion on the possible implications that the New Strategic Concept might have on military aspects of the alliance.

According to a NATO press release, the ongoing work at NATO headquarters in Brussels reviewing NATO’s command structure was thoroughly analysed, along with examination of the critical capabilities required to ensure operational effectiveness in a resource-constrained environment.

The outcome of this discussion will be sent forward to the North Atlantic Council in preparation for a NATO Ministerial Meeting that will be held in Brussels in mid October.

Slovak Prime Minister Iveta Radičová officially opened the meeting on September 17. She underlined the important role of the armed forces in a period of newly-emerging security challenges, the Slovak Defence Ministry reported.

Radičová stressed the significance of the development of New Strategic Concept, which is expected to be approved by NATO leaders at their Lisbon Summit in November 2010. She said that the High Tatras conference provided the last chance to influence the shape of the strategy so that it complies with individual national strategies, including Slovakia’s, the SITA newswire reported.

After her speech, Radičová told journalists that she believes the inclusion of humanitarian activities, restoration works, peacekeeping operations and assistance during national disasters as a part of the alliance’s activities will represent a new important component focusing on civil life, SITA wrote.

Radičová said that Slovakia’s contribution to NATO operations is sufficient.

The prime minister underscored that all countries are under pressure from the economic crisis and are considering cuts in their national budgets, adding that NATO is aware of this and is taking into consideration the reduced funding in preparing its new structure.

“It is by far not just the case of Slovakia,” she added, as quoted by SITA.

“The leadership of NATO has to be thinner, but it certainly must remain capable of action due to new threats that have appeared, such as terrorism,” Di Paola said, as quoted by the CTK newswire. He added NATO’s military leaders understand that the financial resources of member states are limited and that it is necessary to use resources more effectively.