THE LONG-HERALDED austerity package tailored by the government of Iveta Radičová has had a major impact before it is even implemented: Slovakia’s unions are planning a nationwide protest, employers are warning of a rise in unemployment, and the main opposition party, Smer, is rejecting the plan as it stands. 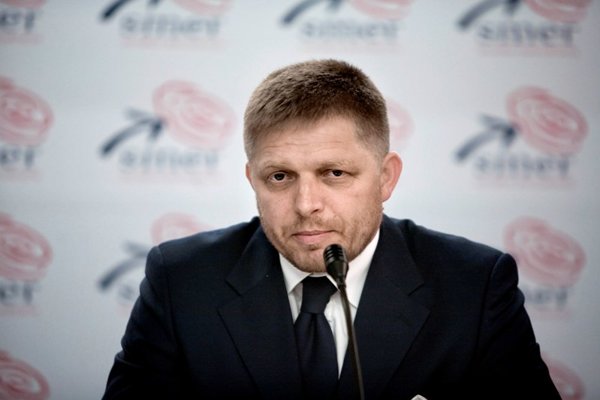 THE LONG-HERALDED austerity package tailored by the government of Iveta Radičová has had a major impact before it is even implemented: Slovakia’s unions are planning a nationwide protest, employers are warning of a rise in unemployment, and the main opposition party, Smer, is rejecting the plan as it stands.

Yet the government is ready to suffer cuts of its own in order to reduce state spending by €986 million next year, with €154 million of this sum coming from reduced public-sector wages.
The government on September 22 also gave the go-ahead to a rise in value added tax and excise taxes, while abolishing several forms of income-tax relief from 2011.

It also produced a revision to the social security system, thereby keeping its opponents busy with their responses to the list of approved measures. The hikes are all part of an effort to trim Slovakia’s public finance deficit from this year’s 7.8 percent to 4.9 percent of GDP next year.
The €1.7-billion austerity package will affect citizens across all segments of society, including state employees, pensioners, the self-employed, consumers and businesses, to name just a few.

The local media has been eager to see how much the government is willing to save in the form of pay cuts for its own employees. Constitutional or public officials will see their income reduced based on the actual public finance deficit. Next year MPs and ministers should see their pay reduced by 23.4 percent, three-times this year’s deficit of 7.8 percent of GDP.

The change will even affect the pay of the prime minister, president and MPs. Fire-fighters and police will see milder reductions, while teachers are shielded from pay cuts for now.
Judges too will see their salaries fall, though at this point it is not clear by how much since the drop will be milder than in the case of other public officials, whose pay should fall by more than 10 percent.

“The mechanism proposed for public officials should be applied over the long term,” Radičová said, as quoted by the Sme daily. “In the way that politicians and constitutional officials manage [public] funds: this is how their pay will be increased or decreased.”

She called it direct responsibility for the state of the public finances. The government also plans to cut its operational expenses by about €61 million, while farmers will see their subsidies drop as the state contributes less to them. Subsidies for housing reconstruction, investment stimuli and subsidies for the publicly-funded media will all drop.

The government plans to raise an extra €770 million in revenues. A large chunk of that, about €185 million, should come from a rise next year in the basic rate of value added tax from 19 to 20 percent.

Radičová admitted that the measure might result in an increase in some prices, but called the move a lesser evil.

“We have openly said that we consider it a lesser evil than any other decision so that we are able to solve the financial situation in the Slovak Republic,” she said, as quoted by the SITA newswire.
The government also approved rises in the excise taxes levied on beer, tobacco products, mineral oils, coal and natural gas.

Slovakia’s Confederation of Trade Unions (KOZ) is planning to respond to the package with a countrywide protest on October 12, preceded by what the unions call intense campaigning, KOZ spokesman Otto Ewiak confirmed for The Slovak Spectator.

The unions expressed disagreement with all the tax hikes, except that on tobacco products. They fear the negative impact on the poorest groups of the society.

Employers have also expressed dissatisfaction with the way the Radičová government is planning to consolidate public finances.

The Federation of Employers’ Associations (AZZZ) claims that the measures, specifically the hike in payroll tax deductions, will affect everyone: the self-employed, entrepreneurs and employees. Employers have called for a change in the structure of the austerity package.

“We understand the need to consolidate the public finances but we are convinced that it should be done in a different way,” the AZZZ said in a statement. “If the government wants to improve the business environment, and increase employment and the quality of life of its citizens, it should avoid measures which will negatively impact not only businesspeople but also regular citizens.”
They worry, for example, that the excise tax on beer might harm the competitiveness of Slovak breweries and thus endanger hundreds of jobs.

Smer, the largest opposition party, has attacked the approach of the Radičová government to the consolidation of public finances. Smer boss Robert Fico said that the current government has taken the path of hiking prices and putting the burden of healing the public finances on the weakest groups in society.

“We reject the higher taxing of consumption,” Fico said at a press conference on September 22. He maintains that the tax hikes will negatively impact citizens with incomes of €300 to €400 per month.