THE LEADERSHIP of Slovakia’s Supreme Court may have breached the rules for assigning cases to judges and senates, the transparency watchdog Fair-Play Alliance alleged in mid-September. While the NGO claims there are suspicions of serious interference in the independence of the judiciary, the Supreme Court president has dismissed its allegations as a politically motivated campaign against him personally. 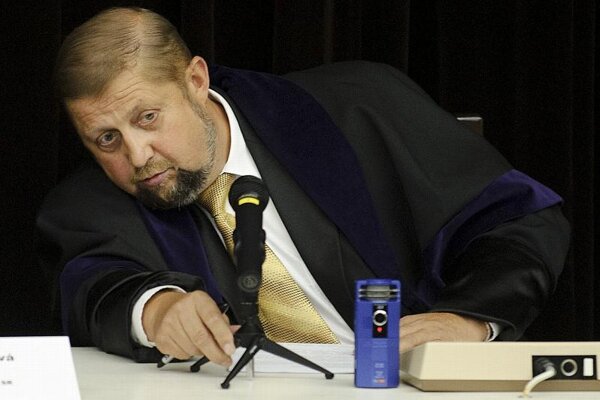 THE LEADERSHIP of Slovakia’s Supreme Court may have breached the rules for assigning cases to judges and senates, the transparency watchdog Fair-Play Alliance alleged in mid-September. While the NGO claims there are suspicions of serious interference in the independence of the judiciary, the Supreme Court president has dismissed its allegations as a politically motivated campaign against him personally.

The Fair-Play Alliance claims that on several occasions when Supreme Court cases needed to be re-assigned, for reasons such as retirement or long-term sick leave taken by judges, Supreme Court president Štefan Harabin and then-deputy court president Daniela Švecová avoided using the electronic filing room when doing so. The filing room, a system which allocates cases to judges randomly, was created to avoid the non-transparent allocation of cases, something which in the past had given rise to suspicions of interference or corruption. Deliberately bypassing this system could be classified as a grave disciplinary offence, and therefore the Alliance filed a complaint with Justice Minister Lucia Žitňanská to start disciplinary proceedings, as well as with the Anti-Corruption Office to look into the possibility that crimes – of abusing the power of a public official and of interfering in the independence of judiciary – might have been committed.

Justice Ministry spokesperson Peter Bubla confirmed to The Slovak Spectator that the ministry has registered Fair-Play Alliance’s complaint and assigned it to the respective section for evaluation.

“The Justice Ministry will give its standpoint on the complaint after the lawyers of the respective section evaluate it,” Bubla told The Slovak Spectator.

Any potential disciplinary proceeding against the Supreme Court president can only be held by the Constitutional Court.

The Constitutional Court would also have to agree to strip the Supreme Court president and his deputy of their immunity and submit them to criminal prosecution – providing the anti-corruption authority requests it.

The law on courts states that cases can only be assigned to judges and senates randomly, using technological means approved by the ministry, which in this case is the electronic filing room.

The same rules apply for cases that have already been assigned but need to be re-assigned either because the judge who was originally assigned the case is absent for more than six weeks, or because there had been personnel changes at the court, or because the workload is distributed unevenly among the judges of a court.

Alliance warns of threats to the rule of law

“The rule of law in the state is based on the fact that nobody can influence which specific judge will be assigned a case,” Zuzana Wienk of the Fair-Play Alliance said, explaining the reason why the electronic filing room was introduced, and why it cannot be bypassed for any reason.

“The basic rights of us citizens include the right that nobody can change the judge assigned to our case arbitrarily, nor pick a specific judge for our case,” Wienk explained. “If someone could decide which judge will deal with a case it would make it very easy to influence the judge and also the result of the case.”

Supreme Court President Harabin responded to the accusations by saying he was not afraid of what he called another false accusation based on personal political revenge rather than on proper evidence.

“With this latest initiative the Fair-Play Alliance have only confirmed that they cooperate closely with the SDKÚ [Slovak Democratic and Christian Union, one of the centre-right parties which makes up the current government] and with a political group of 21 judges who at any cost need to get rid of Harabin as the last obstacle on the way to ruling over the judiciary to favour the interests of lobbyists and politicians,” Harabin wrote in a statement provided to the media.

Švecová did not react to the accusations.

The problematic cases which the Alliance mentioned in its complaint filed with the Justice Ministry include the so-called Tipos case, in which a Cypriot company, Lemikon Limited, claimed significant damages from the state-owned Tipos betting company. Wienk alleged that re-assignments, resulting in significant changes in the composition of the senate, might have been intended to influence that case.

Protests against changes to senates made at the Supreme Court also came from some defendants. Most recently, an alleged mafia boss in eastern Slovakia, Branislav Adamčo, complained after the composition of the senate dealing with his case changed, the ČTK newswire reported. One of the judges dealing with the case has had long-term sick leave, while another has resigned. They have been replaced by other judges, but the assignment was not made via the electronic filing room, according to the Fair-Play Alliance’s complaint to the Justice Minister.

“As long as such serious illegal behaviour with a direct influence on the constitutional rights of participants in lawsuits goes unpunished, it will contribute to the destruction of one of the basic pillars of the democratic state,” the Alliance stated.