THE MOUNTAINS of Slovakia hosted the highest military officials of the North Atlantic Treaty Organization (NATO) over the weekend of September 17-19. The heads of defence departments of member states, presided over by Admiral Giampaolo Di Paola, the chairman of NATO’s Military Committee, focused primarily on ongoing military operations, possible reforms in the alliance and the so-called New Strategic Concept. 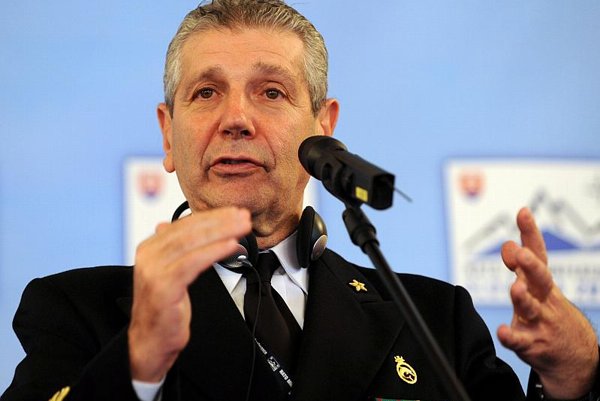 THE MOUNTAINS of Slovakia hosted the highest military officials of the North Atlantic Treaty Organization (NATO) over the weekend of September 17-19. The heads of defence departments of member states, presided over by Admiral Giampaolo Di Paola, the chairman of NATO’s Military Committee, focused primarily on ongoing military operations, possible reforms in the alliance and the so-called New Strategic Concept.

About 450 NATO military officers from all 28 member states comprise the NATO Military Committee and they meet at least three times a year with at least one conference, such as the one in the Tatras, taking place in a member country.

Strict security measures were in place for the event, during the official meetings as well as during the informal part of the programme, Slovak Armed Forces spokesman Milan Vanga told The Slovak Spectator.

“Security measures were put in place so that they affected the life of High Tatras inhabitants and tourists to the least extent,” Vanga said. “There were no incidents and complications and the conference was problem-free in this respect.”

No official conclusions came out of the conference. Rather, its aim was to prepare opinions for the NATO Ministerial Meeting that will be held in Brussels in mid October, which itself will precede the summit of NATO heads of states in Lisbon in November 2010, said the chief of the general staff of the Slovak Armed Forces Ľubomír Bulík.

“Concrete official results are not expected from this kind of meeting, since they are partly about PR, partly about the exchange of information and partly about a kind of unofficial inspection of the military (or in other cases, political) leadership of NATO in a member state,” international security expert Ivo Samson of the Slovak Foreign Policy Association told The Slovak Spectator.

The first day of the conference was mainly devoted to briefings and discussions on the present state of alliance military operations in Afghanistan and Kosovo, with special attention to the national elections simultaneously taking place in Afghanistan. The second day began with a discussion about the possible implications that the New Strategic Concept might have on military aspects of the alliance.

According to a NATO press release, the ongoing work at NATO headquarters in Brussels reviewing NATO’s command structure was thoroughly analysed, along with examination of the critical capabilities required to ensure operational effectiveness in a resource-constrained environment. The outcome of this discussion will be sent forward to the North Atlantic Council in preparation for the NATO Ministerial Meeting.

“All the allies in the alliance realise that global security faces new challenges in the 21st century,” Di Paola said. He mentioned terrorism, cyberspace attacks and nuclear threats among the new challenges.

Samson said that the New Strategic Concept is not inevitable for NATO, since the alliance constantly produces updated concepts that address the issues of defence and security – such as the annual communication published at the end of the main NATO summit.

“However, the opinion that NATO should [clarify] the development of the alliance and its role in the world since the last strategic concept [from 1999] and sketch out a new vision, has been generally accepted,” Samson explained.

Slovak Prime Minister Iveta Radičová officially opened the meeting on September 17. She underlined the important role of the armed forces in a period of newly-emerging security challenges.

After her speech, Radičová told journalists that she believes the inclusion of humanitarian activities, recovery work, peacekeeping operations and assistance during national disasters as a part of the alliance’s activities will represent a important new component focusing on civil life, SITA wrote.

Radičová said that Slovakia’s contribution to NATO operations is sufficient.


“The Slovak Republic has 676 soldiers in missions, which is more than 5 percent of our professional Slovak Army,” she said, as quoted by SITA.

The prime minister underscored that all countries are under pressure from the economic crisis and are considering cuts in their national budgets, adding that NATO is aware of this and is taking into consideration the reduced funding in preparing its new structure.

“It is by far not just the case of Slovakia,” she added, as quoted by SITA.

Admiral Di Paola noted that the restricted financial possibilities of the alliance should serve as a stimulus for reforms to NATO. There is even greater pressure for money to be used rationally and effectively when it is limited, he noted.

“The current financial problems are the same for all the allies, which means governments are faced with hard choices,” said Bulík.

Samson noted that the reducing diet prescribed for the NATO leadership is part of the alliance’s response to the unwillingness of the majority of member states to increase defence spending, as well as to the consequences of the financial and economic crisis.