A PLANNED rise in the excise tax on beer as of next March might have a destructive effect on small independent breweries, some of which could be forced to end their operations. So says the Association of Small Independent Breweries, which warned about this possibility in early September. 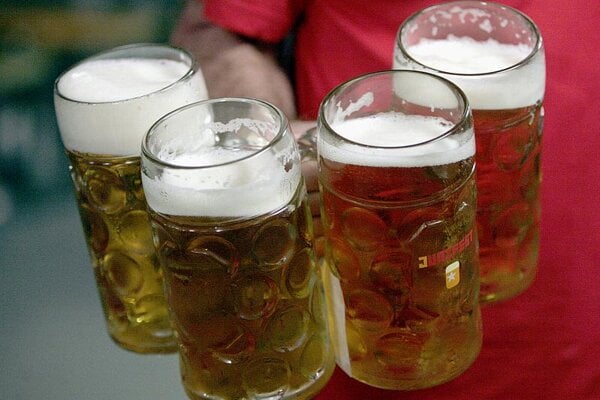 A PLANNED rise in the excise tax on beer as of next March might have a destructive effect on small independent breweries, some of which could be forced to end their operations. So says the Association of Small Independent Breweries, which warned about this possibility in early September.

“Small breweries in Slovakia are something of an endangered species,“ said association chairman Ľubomír Vanč from the Banskobystrický Pivovar brewery, as quoted by the SITA newswire.

“If we do not join forces to protect them, it might happen that Slovak customers will definitively lose the traditional taste of beer brewed in a classic manner without cure accelerators, and lose the current variety of tastes."

Representatives of small breweries are against what they call a radical increase in excise tax on beer and are demanding a new categorisation for small independent breweries.

Large brewers are also protesting against the excise tax hike on beer. On September 22 they delivered an open letter to the cabinet issuing a warning about the tax hike.

"We demand that the government not discriminate against beer," Štefan Karšay (right in the photo), the president of the Slovak Association of Producers of Beer and Malt, told the media, as cited by the Sme daily.

The Slovak government is increasing the excise tax on beer as part of its efforts to improve public finances. The excise tax rate is proposed to increase from €1.65 to €2.45 per hectolitre next March. The same increase of 49 percent would apply to small brewers, where the rate is set to rise from €1.22 to €1.82 per hectolitre, according to the Finance Ministry proposal.