Twelve finalists battle for Tree of the Year 2010

VOTING for the title Tree of the Year 2010 began in July and tree lovers have until September 30 to vote for one of 12 “wooden finalists”, and thereby help to secure their favourite tree’s preservation. 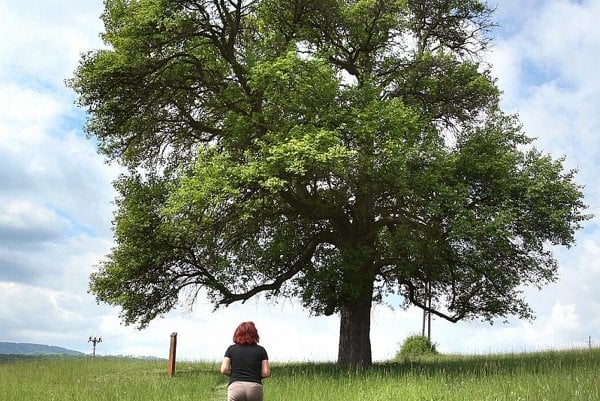 The Tree of the Year 2008 was this wild pear in Zvolenská Slatina. (Source: Sme - Ján Krošlák)
Font size:A-|A+

VOTING for the title Tree of the Year 2010 began in July and tree lovers have until September 30 to vote for one of 12 “wooden finalists”, and thereby help to secure their favourite tree’s preservation.

“The mission of the poll, launched for the eighth year by the Ekopolis Foundation, is to point to old, rare or threatened trees, and thus evoke people’s interest in the environment,” Ekopolis programme manager Milan Hronec told the SITA newswire.

By the first deadline in May, nominations for 79 trees from across Slovakia had arrived, representing more than 20 different types of species. Traditionally, the most popular species in Slovakia is the linden and this year 18 linden trees were nominated. Other popular kinds are oaks, sycamores, and poplars, but some fruit trees were also submitted, including pear, apple, mulberry and serviceberry trees.

There were some exotic trees applying for the title too, for instance a saddle tree, a cherry blossom (sakura) and an empress tree/princess tree (Paulownia Tomentosa). “From among the 12 finalists, the youngest tree is a white willow, aged 35, from Košice; the oldest is an English oak (Quercus robur) from Dubinné that is among the oldest trees in Europe,” Hronec said, adding that one of the applicants for the title is a common yew (Taxus baccata) from Pruské which is 700 years old and under which Hugolín Gavlovič used to write his poems. “The empress tree/ princess tree from Trnava, which blooms with lilac blossoms, represents the exotic trees among the finalists,” he said. By the end of October, the competition will be evaluated and the tree with most votes will be awarded the title Tree of the Year 2010.

“The winner will get a reward in the form of a dendrological assessment from ISA Slovensko and a financial contribution worth €333 for its care. The trees in second and third places will also get €333 for their care or for re-arrangement of their vicinity. The persons who nominated the best three trees will get a book from the Dajama publishing house, while three others will receive book vouchers to buy books in the Artforum bookshop.”

Pictures and information about the trees can be found on the Ekopolis website, www. ekopolis.sk. Anyone can choose a tree and vote for it, either by SMS text message, by sending a postcard, or directly via the website.