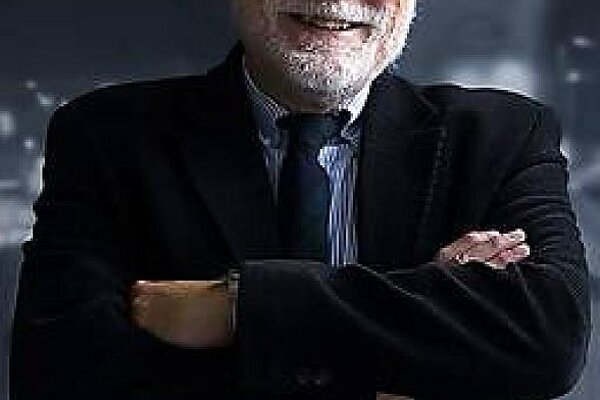 The Slovak Spectator brings another part of Owen Johnson’s series in which he reviews academic books on Slovakia.

Anthropologist Edward Snajdr focuses his book, “Nature Protests: The End of Ecology in Slovakia” (Seattle: University of Washington Press) on the environmental protests of the late communist period in Slovakia and on the almost complete disappearance of that movement once communism fell. The pattern also applies to other once-communist countries.

“By the late 1980s, from Leipzig to Budapest and from Krakow to Kiev, ecology gained prominence as a subject among various currents of regime opposition,” Snajdr writes. “But in Slovakia, more than in any other socialist society, environmentalism became a central and growing challenge to communist power.”

The catalyst was the publication of Bratislava/nahlas, a publication that in 1987 showed the environmental degradation of the city.

The report challenged the Communist Party, both because the party had led the state that had caused the damage and also because a crackdown on the protestors could make it appear the party was not on the side of the environment. In fact, the regime had encouraged its citizens to work actively to improve nature.

In the post-communist era, society focused more on matters of power, nationalism and the re-creation of capitalism, shoving environmental issues, such as nuclear energy, limited water resources, and the use of low-grade coal, into the background.

“I conducted participant observation and ethnographic interviews and examined archival data reaching back to the 1960s in order to capture the continuities and disjuncture of life during and after state socialism,” he said.

Snajdr is an associate professor of anthropology at the John Jay College of Criminal Justice of the City University of New York. He has also studied domestic violence in Kazakhstan.

Last year he had a small grant from his university to study the way in which dissidents used samizdat to communicate during communism, while ecological activists in Slovakia today use the internet.

“This book is a vivid examination of the transition to post-socialist politics in the late twentieth century,” writes Kalyanakrishnan Sivaramakrishnan, an anthropologist at Yale University. “It is an excellent addition to anthropological studies of the politics of nature during the fall of the Iron Curtain.”

Slovakia is an ideal site for this study, said Andrzej W. Tymowski, the Director of International Programs at the American Council of Learned Societies.

“This book tells two important stories – about ecological activism and about the tumultuous transformation to democracy and market in Eastern Europe from the point of view of a small country that is not much studied but that is, in fact, a keystone for the region,” he noted.

book, “After Hitler, Before Stalin: Catholics, Communists, and Democrats in Slovakia, 1945-1948” (Pittsburgh: University of Pittsburgh Press) is another book that uses Slovakia as the primary model to understand historical developments in east central Europe better.

Felak, a professor of history at the University of Washington, has concentrated on Slovak history throughout his academic life. His dissertation at Indiana University on interwar Slovakia turned into “At the Price of the Republic: Hlinka’s Slovak People’s Party, 1929-1938.”

“This book is the result of an attempt to combine a number of my interests – Catholicism, Communism, East Central Europe, political parties, and the fateful times immediately after the Second World War,” Felak writes in the introduction to After Hitler, Before Stalin.

Felak begins the book by providing a background on pre-war and wartime Slovak politics, notably the rise of Slovak Catholic nationalism and Slovakia's alignment with Nazi Germany during World War II.

He then describes the union formed in the “April Agreement” of 1946 between the Democratic Party and Catholics that guaranteed a landslide victory for the Democrats and insured a position for Catholics in the new regime.

Felak also examines other major political events of the period, including the 1947 Czechoslovak war crimes trial of wartime president Jozef Tiso, education policy, the treatment of the Hungarian minority, the “anti-state conspiracy” movement led by police in the fall of 1947, and the subsequent Communist seizure of power.

Felak devotes considerable energy to avoiding more traditional approaches to the study of this period, such as seeing the events in a Czechoslovak-wide or Czech-Slovak relations context, or as background to the Communist Party taking power in various countries in east central Europe.

“Even more important, I want to address in my work the relative neglect of the religious dimension of East Central European history,” Felak argues. “Questions of religion have long been marginalised, if addressed at all, in works on the region in the twentieth century. But in fact, religious questions and conflicts have lain at or close to the heart of a number of key developments in the region’s history.”

“Slovakia is the ideal laboratory for an investigation of Catholics and politics in early post-war Europe,” commented Bradley F. Abrams, former president of the Czechoslovak Studies Association, “and Felak’s careful research illuminates issues that are central for understanding the whole of East-Central Europe.”

is another American historian who started doing research in Slovakia during communist days. But she’s interested in Slovaks who emigrated, as she’s the author of three books on immigration history.

Already in 1987 she published “The Immigrant Church and Community: Pittsburgh’s Slovak Catholics and Lutherans, 1880-1915,” a detailed study of one pre-World War I city’s experience.

She has followed that up with “Ethnic Pride, American Patriotism: Slovaks and Other New Immigrants in the Interwar Era” (Philadelphia: Temple University Press).

Like the groups that preceded them, Slovak immigrants came to define being American as adhering to its political principles, Alexander explains. They saw no contradiction between being patriotic Americans and maintaining pride in their ancestry. She describes how, to counter the negative effects of a 1924 law that severely limited immigration, Slovaks mobilised a variety of political and cultural activities to ensure group survival and promote ethnic pride. In numerous localities, “Slovak Days” brought first and second generation immigrants together to celebrate their dual identity.

Slovaks had to do this in the shadow of a Czechoslovak identity that was being cultivated in a newly-formed country in central Europe.

“By focusing on Slovaks, this book attempts to view the era from the standpoint of the ‘new immigrants’ and give them a chance to tell the story from their perspective,” explains Alexander. To find their voices, she spent many days at the Immigration History Research Center in Minneapolis.

“Slovaks of the era themselves forced me to listen to the more inclusive story they were telling and to consider the wider context of their experience,” Alexander added.

This book is a “revealing and unique look into the dynamics of an American ethnic community”, says distinguished Indiana University ethnic historian John Bodnar, himself with Slovak roots. “It is a vivid and fresh portrait.”

“This book makes connections to other groups and to a range of issues in immigration and ethnic history,” writes Thomas Dublin, a noted immigration historian. “This book makes a good case that there need not be a fundamental contradiction between the ‘ethnic impulse’ and the Americanising one.”

Alexander is also the author of “Daily Life in Immigrant America, 1870-1920: How the Second Great Wave of Immigrants Made Their Way in America.” She is on the faculty of Russian and East European Studies at the University of Cincinnati.