THE LONG-RUNNING saga over Slovakia’s mega-tender to develop a nationwide electronic road-toll collection system seems set to continue. The 2008 government tender, which controversially resulted in a contract worth more than €850 million being awarded to the highest bidder, drew flak from Brussels earlier this year and now Slovakia is being given two months by the European Commission to avert possible court action and sanctions. 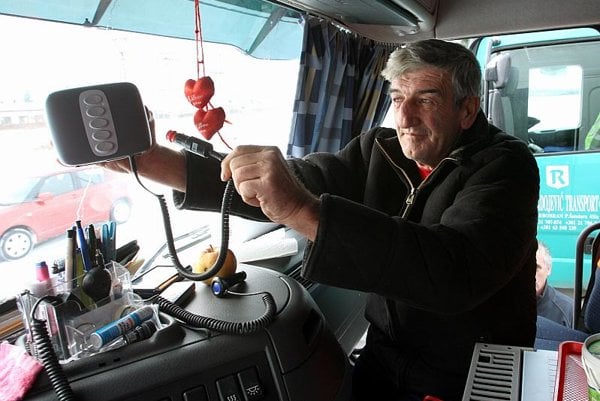 THE LONG-RUNNING saga over Slovakia’s mega-tender to develop a nationwide electronic road-toll collection system seems set to continue. The 2008 government tender, which controversially resulted in a contract worth more than €850 million being awarded to the highest bidder, drew flak from Brussels earlier this year and now Slovakia is being given two months by the European Commission to avert possible court action and sanctions.

While in opposition, the parties which now make up the current ruling coalition called on the government of Robert Fico to cancel the tender and announce a new one. However, with the system now in place it is down to Christian Democrat leader Ján Figeľ – a former European commissioner himself, who is now the Slovak minister of transport – to defend Slovakia’s interests.

“We are ready to enter a dialogue so that we are able to defend not only the arguments, but also Slovakia’s interest,” Figeľ said.

The European Commission’s stand is pretty clear: Slovakia violated the rules of equal treatment and non-discrimination in the tender.

The tender to build an electronic toll-collection system covering 2,435 kilometres of Slovakia’s highways and then operate it for 13 years had already suffered two failed launches, protests by three disgruntled bidders and more than a dozen complaints filed with Slovakia’s procurement authority before the system itself actually began operating on January 1 this year. Its launch, which was plagued by glitches, prompted a series of protests by truckers who also objected to the marked increase in their cost of road use.

In April 2010 Brussels questioned whether the winner of the tender, which had submitted the highest bid, enjoyed an unfair advantage when at least one of the other bidders was eliminated from the competition. Slovakia might also have acted in a discriminatory manner by excluding the same bidder on the grounds that it had submitted what the procurer called “an unusually low price”, according to a letter by the European Commission from April 14.

Now Slovakia is to receive another letter from Brussels. Michel Barnier, the European commissioner for the internal market, said on September 28 that the EC has stated that rules of procuring a state commission for the electronic toll system were violated and that Brussels would continue to investigate the case.

“I will advise the commissioners to send their statement to Slovakia,” Barnier said, as quoted by the TASR newswire, adding that Slovak authorities will then have two months to respond to the commission’s reservations. “After that we will look into Slovakia’s response and we will have to make another decision about whether we will submit the case to the European Court of Justice, or if that won’t be necessary.”

The SanToll-Ibertax consortium won the tender with a bid of €852.1 million, including VAT, the highest received. Among the competing bidders, Slovakpass, led by the Italian company Autostrade, proposed to charge €630.9 million; the Slovak-Swiss consortium ToSy bid €651.3 million; and Kapsch, headed by the Austrian firm Kapsch TrafficCom AG, Vienna, bid €749.2 million. The procurer, the National Highway Company (NDS), subsequently excluded all the bidders except SanToll-Ibertax.

The contract with the SanToll-Ibertax consortium, then operating under the name SkyToll, was signed on January 13, 2009. Even thoughthe winner had been announced as early as May 2008, the process was substantially delayed while the Public Procurement Office reviewed more than 12 complaints submitted by the excluded bidders.

One of the bidders, Slovakpass, questioned the qualifications of the tender commission and the independence of one of the commission’s consultants and submitted its complaints to the EC. Kapsch TrafficCom, an Austrian company, said in 2008 that other bidders had submitted bids with false information concerning the effectiveness of their toll collection systems, the SITA newswire wrote.

Former minister of transport Ľubomír Vážny has repeatedly claimed that the highway toll tender is all right.

“We respected the laws of Slovakia on public procurement, which are compatible with the European statutes,” he stated.

However, the European Commission has also objected that the contractual conditions were changed to favour the selected operator of the toll-collection system compared to the requirements of the original tender.

According to the EC, these changed conditions included: the installation of an alternative method of toll collection to function simultaneously with electronic toll collection; making expenses linked to the return of deposits for vehicles’ on-board units the responsibility of transport firms; and changing the distribution of costs linked to transactions with fleet-cards.

“Even if in practice there might be some additional tuning of conditions needed in order to face some unpredictable circumstances, no substantial changes of the public order are in this connection acceptable, because these change the original contractual balance and might bring the winning bidder an unjustified advantage,” the EC’s letter from May 18 stated.