SLOVAKS will conclude their year of multiple elections with a final walk to the polling stations on November 27 to elect mayors and members of municipal councils for the next four years. 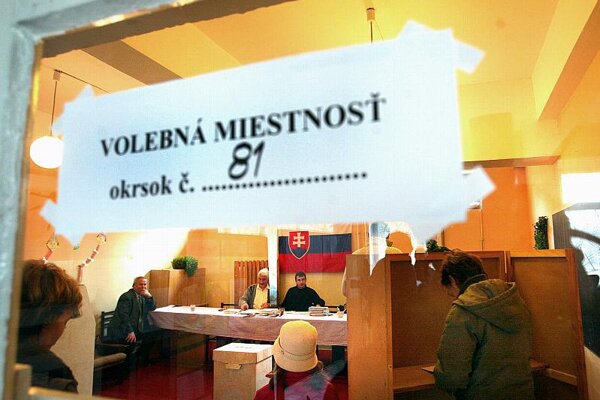 SLOVAKS will conclude their year of multiple elections with a final walk to the polling stations on November 27 to elect mayors and members of municipal councils for the next four years.

The deadline for registering as a candidate ended at midnight on Sunday, October 3, and the numbers of candidates that the local election commissions started releasing to the media were surprising in some cases, such as in Bratislava, where the number of candidates on the ballot jumped from the expected three to eight.

Citizens in most Slovak towns and cities will be able to choose from among multiple candidates, usually between five and ten. The highest number of candidates for a mayor’s seat was in Považská Bystrica, a town of 42,000 citizens in Trenčín Region where 15 people are registered candidates: five from political parties and 10 running as independent candidates.

In small villages the number is often lower but in many cases citizens will have a choice between at least two candidates.

The post of a mayor is a prominent and sought-after position in the capital cities of Slovakia’s eight regions. Six candidates registered as mayoral candidates with the Prešov election commission before the deadline. The centre-right ruling coalition at the state level nominated Ondrej Matej, currently a member of the state parliament for the Slovak Democratic and Christian Union (SDKÚ). Opposition party Smer nominated Milan Laca and the incumbent mayor, Pavel Hagyari, is campaigning again as an independent candidate.

Košice citizens will select from among eight candidates, as will the voters in Banská Bystrica. In Košice, four candidates were nominated by political parties represented in the national parliament and the other four are running as independents. František Knapík, the current mayor, is a nominee of a five-party coalition of two ruling parties, SDKÚ and the Christian Democratic Movement (KDH), and three other political parties: the Hungarian Coalition Party (SMK), no longer sitting in parliament, the Civic Conservative Party (OKS), which successfully ran candidates for parliament under the banner of the Most-Híd party and the Green Party, unrepresented in parliament. Richard Raši, former health minister under the previous Smer-led government and currently an MP from Smer, is also seeking the mayoral post in Košice and has also received the backing of Most-Híd.

The eight candidates in Banská Bystrica are seeking to replace incumbent mayor Ivan Saktor who is not standing for re-election. Three candidates are independents and the others are nominees of parliamentary and non-parliamentary parties, including Martin Baník; Marián Kotleba, who is known for his extreme nationalist views; and Milan Kepeňa, who has run in past elections for mayor.

In Trnava, four people are candidates to become mayor. The current deputy mayor, Vladimír Butka, is backed by the Christian Democratic Movement (KDH) while SDKÚ and Freedom and Solidarity (SaS) are supporting a joint candidate, Jozef Pobiecký. The only independent candidate is Bystrík Stanko, a former regional police head, who does, however, have the support of Smer.

Six people will compete to be mayor of Trenčín. The current mayor, Branislav Celler, is seeking re-election. Smer nominated an entrepreneur, Ľubomír Zabar, as its candidate in the race. The former director of public-service Slovak Television, Richard Rybníček, is running as an independent.

Žilina voters will face a ballot with 11 names for mayor. The current mayor, SDKÚ’s Ivan Harman, will be challenged by Igor Choma, the former chief executive of the National Highway Company, who is running on behalf of Smer, and Ľubomír Bažík, backed by KDH. Eight other candidates have thrown their hats in the ring.

The mayoral race in Nitra features the largest number of candidates with 12 vying for the post. The current mayor, Jozef Dvonč, is supported by a mix of both opposition and coalition parties – Smer, KDH, the Slovak National Party (SNS) and the Greens – and will compete against, among others, Lýdia Forrová from the Movement for a Democratic Slovakia (HZDS) and Jozef Weber, the candidate of a coalition between SDKÚ, SaS and OKS.

Voters in some municipalities will be asked to consider mayoral candidates supported by rather odd coalitions that can hardly be imagined at the state level. For instance KDH, which has stated it will never coalesce with Vladimír Mečiar’s HZDS party at the national level, is fielding a joint mayoral candidate with the HZDS in Trenčín.

Darina Malová, the head of the Political Sciences Department of Comenius University in Bratislava, said that although the seemingly bizarre coalitions are somewhat paradoxical they are not new to Slovak regional and local political races.

“It shows that parties in Slovakia are not very ideologically-profiled at this time,” Malová told The Slovak Spectator, explaining that parties’ state level ideology means less to politicians at the local level than personal relationships do.

The four parties of the ruling coalition at the state level managed to agree on a common candidate in only two of the eight regional capitals: Bratislava and Prešov. Slovak politicians often suggest that municipal politics and national politics are quite different and that personal relations at the local level can often outweigh a person’s party affiliation. In Košice, for instance, Most-Híd, part of the ruling coalition at national level, is supporting Smer’s candidate for mayor.

Political analyst Juraj Marušiak from the Institute of Political Sciences of the Slovak Academy of Sciences finds such coalitions somewhat surprising but thinks the reasons are identifiable. “It shows the disparateness of the ruling coalition and it basically copies the behaviour of party leaders on the national level,” Marušiak told The Slovak Spectator.


Malová believes the reason behind the limited ability of the ruling coalition to field joint candidates comes from the fact that two of the parties in the coalition, SaS and Most-Híd, are political newcomers, .

“These parties don’t know each other as well as the parties of the ruling coalition of 2002 did – when the difference between the left and the right was fairly clear,” Malová said.

Foreigners can vote too

Foreigners older than 18 with permanent residence status in Slovakia will be entitled to vote in the municipal elections, said Michal Kaliňák, the spokesperson of the Association of Towns and Villages of Slovakia (ZMOS).

“If a foreigner has permanent residence in a municipality, he or she has the right to vote for the self-administration bodies of the respective municipality and even has the right to be elected into one of the self-administration bodies of the respective village or town – that is as a mayor or as a member of the local council,” Kaliňák told The Slovak Spectator.