IT firms are now hiring

A NUMBER of IT companies in Slovakia have recently started looking for new employees. According to reports in the Slovak media, the IT sector, which was almost unaffected by layoffs during the economic crisis and currently employs over 60,000 high-tech professionals, is now eager to hire several hundred more experts. Companies currently advertising vacant positions include Eset, IBM, Dell and Hewlett-Packard, to mention just a few. 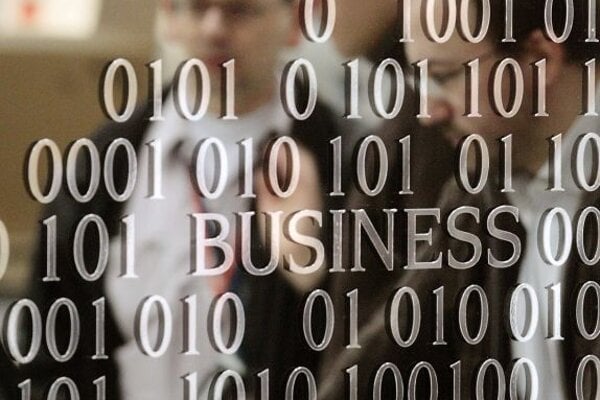 The IT sector is hunting for additional experts. (Source: Reuters)
Font size:A-|A+

A NUMBER of IT companies in Slovakia have recently started looking for new employees. According to reports in the Slovak media, the IT sector, which was almost unaffected by layoffs during the economic crisis and currently employs over 60,000 high-tech professionals, is now eager to hire several hundred more experts. Companies currently advertising vacant positions include Eset, IBM, Dell and Hewlett-Packard, to mention just a few.

“After a period of stagnation and cost-cutting, companies are making their processes more effective and creating new projects resulting in new jobs in the IT segment,” Vladimír Šikura from the IT Association of Slovakia (ITAS), told The Slovak Spectator. “This is because one of the main characteristics of IT is innovation, not only at the technological level, but especially in implementation of information technologies within organisations. I believe that this ability to innovate and the resulting benefits, either in productivity or effectiveness, mean that even during an economic downturn the demand for IT does not decrease considerably.”

“Thanks to this, paradoxically, the crisis has accelerated [the creation of] some new IT positions in Slovakia, especially in administration of ICT systems,” said Šikura.

Šikura hopes that the next development in the IT segment will focus more on specific projects, which have so far remained in the 'maybe sometime in the future' category. But it will be necessary to give such projects real structure and demonstrable processes, which can then be presented to clients in order to catch their attention.

“Opening up the coffers for new projects pushes up demand for the qualified work force,” said Šikura. “This also creates space for IT graduates. We expect that this will simultaneously strengthen and support investments into education in this sector.”

Eset, the most successful Slovak IT company and a global vendor of security software for corporate customers and households, plans to extend its workforce by almost one hundred people this year and has already partially met this plan.

“We have opened positions in all divisions, but we plan the biggest increase in the technology division,” Naďa Nagyová, HR manager at Eset told The Slovak Spectator. “The recruitment campaign which we have just launched is also focused on technical positions.”

Eset wants to recruit about 45 IT specialists, of whom 35 should be in Slovakia and about 10 in the Czech Republic.

If its recruitment campaign in the Czech Republic is successful, Eset will consider opening a computer virus lab in Prague. This would be its third virus laboratory, after Bratislava and Krakow, in Poland. Apart from this Eset has expanded into eastern Slovakia through its acquisition of COMDOM Software in Košice, Nagyová said.

“We will be hiring programmers and infiltration analysts,” said Nagyová.

This year Eset is looking for new workers via a kind of competition. It has posted a series of tasks on a website, www.3537.sk, and will decide which applicants to hire based on the solutions they submit.

“Programmers are said to be competitive, so all those interested [in the jobs] get a chance to show their abilities,” said Nagyová. “Also, analysts have the chance to deal with a new task, our Reversing Challenge. One novelty is online assessment of the task for programmers. This means that candidates can see how far they got compared to others.”

Nagyová says that the current situation on the IT jobs market has changed compared to the past.

“There are more candidates for technical positions, but the increase in numbers does not automatically mean an increase in quality,” she said. “Qualified experts are now maybe a bit more prone to change jobs, but considerable effort is still required to get them.”

Dell is also expanding its activities in Bratislava and recruiting new workers.

As of October Dell’s European Trade Centre in Bratislava has been expanded to support services offered by Dell Financial Services (DFS). DFS, which provides financing for purchases of Dell products, will locate two of its departments in Bratislava. This will mean that 40 new jobs will be created over the next 12 months. The Bratislava departments of DFS will support the company’s activities in the American market.

There are several reasons behind Dell’s decision.

“Firstly, Bratislava is where one of [our] key global centres for financial services operates,” Silvia Jeleníková, HR manager at Dell’s European Trade Centre, told The Slovak Spectator. “Highly qualified and experienced people work in this division, which is important for securing the provision of DFS’ services. Its good position, both within the region as well as from the viewpoint of time zones, also spoke in favour of Bratislava.”

Jeleníková specified that, since DFS provides loans to purchase Dell products and services, the new departments in Bratislava will be engaged in oversight activities.

“Primarily we are interested in candidates with experiences in audit, either process or operational,” said Jeleníková. “Fluent English is important as well as professional economic knowledge.”

Apart from Eset and Dell, US corporation Hewlett-Packard is also searching for IT professionals in Slovakia, the Hospodárske Noviny daily reported.

“According to the recruitment plan we expect to employ about 270 [new] employees,” Martin Kubala, HP Slovakia’s director-general said in early September, as quoted by the daily. HP is searching especially for senior IT professionals with experience in systems administration, networks and applications. HP employs 1,030 people in Slovakia, but almost 900 additional contractors also work for the company in Slovakia as employees of its partner organisations.

IBM in Slovakia is also looking for new workers, according to Hospodárske Noviny.

“We are also offering jobs to new graduates who have knowledge of languages,” the daily quoted Stanislava Suchá, IBM’s spokesperson in Slovakia, as saying.