A Polish hiker was lucky to escape with his life after suffering a serious accident during an expedition to Slovakia’s High Tatra mountains in late September. 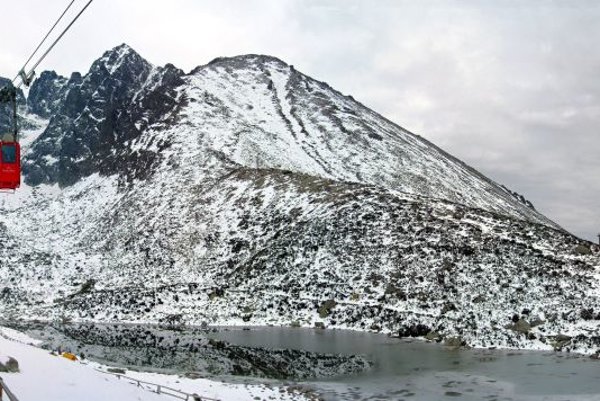 A Polish hiker was lucky to escape with his life after suffering a serious accident during an expedition to Slovakia’s High Tatra mountains in late September.

Late on the evening of September 25 the 33-year-old man, whom reports referred to only by his first name, Mariusz, and his female climbing companion became lost while descending from Kežmarský štít peak in thick fog. The Pole, who had visited the Slovak High Tatras several times, slipped on a rock and fell 25 metres, injuring his leg and arm. As he was unable to walk, both tourists spent the night in a cave high in the mountains. In the morning, his companion left to find help. However, Mariusz, now wet, hungry and cold, was forced to spend another night alone in the mountains.

Although the mountain rescue service began searching for him immediately after they were alerted by his companion they were not immediately able to see or hear him. The woman was unable to locate the site of accident precisely, meaning that the rescuers lost another day. At the same time, bad weather meant they could not hear the Pole shouting over the strong wind.

After 40 hours of searching, the rescuers finally located Mariusz at an altitude of 2,420 metres
above sea level and were able to save him. “We heard him at five minutes after eleven [at night]. He shouted: Here I am! and told us in Polish he had a broken leg and had not been able to go any further. He was exhausted but well aware we were looking for him, and thus mentally and physically quote strong,” said mountain rescuer Eduard Lipták, as quoted by the Sme daily.

“We gave him warm dry clothes and wrapped him in a foil blanket to keep him warm,” Lipták added. Mariusz’ first meal after the accident consisted of energy bars, chocolate, tea and energy drink.

It turned out that the Polish mountain climber had been very lucky, as he had left the cave on the morning of the second day and started descending – with his injured arm and leg – on the northern side of Kežmarský štít, coming within metres of a steep fall. Fortunately, he stopped descending shortly before reaching the edge. According to another rescuer, Michal Gerčák, the pair did not make any grave mistakes in their equipment, nor did they underestimate the weather. “Their mistake was the night descent. They did not know the locality and became lost,” Gerčák explained.

After a retrieval operation that lasted eight hours, Mariusz was taken to the intensive care unit in Poprad, but did not have to undergo surgery and was reported to be recovering well.