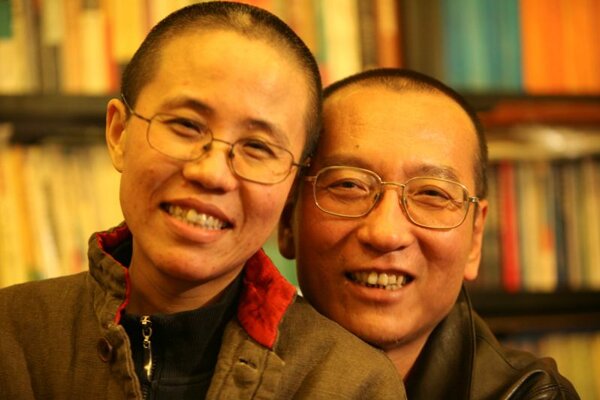 Ondrej Dostál, an MP for the Civic Conservative Party (OKS) and the deputy chair of the parliamentary committee for human rights and national minorities who acted as one of the coordinators of Xiaobo’s nomination for the Nobel Peace Prize in Slovakia, said that this year’s choice for the Prize is also a success of the Slovak democrats. In his statement he noted that many Slovak citizens protested in June 2009, during the visit of the Chinese president to Bratislava, against the violation of human rights in China.

“The awareness of the human rights violation in totalitarian countries such as the communist China is a moral obligation of people living in democratic countries, particularly those that have historical experience with communist regimes,” Dostál wrote in his statement.

Dostál called on the Slovak government to join the voices campaigning for the Chinese authorities to release Xiaobo from prison. He noted that such step would be in accordance with the Slovak government’s programme statement, in which it pledges to limit the official contacts with countries that flagrantly violate the human rights and freedoms of their citizens and to support the civil society and activists fighting for human rights.

Foreign Minister Mikuláš Dzurinda, who signed the petition supporting Xiaobo’s nomination as an opposition MP last year, said that it is an extraordinary display of honour and respect for those for whom human rights are inseparable and human freedom a value of a crucial importance, the SITA newswire reported.

“The laureate of the most prestigious Nobel Prize is an unfaltering defendant of the freedom of speech and of free elections, the values professed by the whole democratic world,” Chmel said, adding that awarding the Prize to Xiaobo shows that economic and political standards cannot be more important than human rights and lawfulness for the democratic world.

Chmel noted that Xiaobo has been imprisoned as an author of the Chinese Charter 08, a document in which the Chinese dissidents request political reforms in their country and which was inspired by the Czechoslovak Charter 77.

Charter 77 was a petition signed by Czechoslovaks who stood in opposition of the communist regime in the country during the period of so-called normalisation. This followed the failed attempt to reform communism towards a more democratic regime in 1968, known as the Prague Spring movement. The signatories of Charter 77 pointed in the document to the violation of human rights in their country, as did their Chinese counterparts more than 30 years later.
“Awarding the Nobel Peace Prize to Liu is a clear signal of support for the democratisation of society and an appeal to respect of human rights everywhere in the world,” Chmel stated.

Imprisoned Chinese dissident Liu Xiaobo won the 2010 Nobel Peace Prize on Friday for using nonviolence to demand fundamental human rights in his homeland. The award ignited a furious response from China, which accused the Norwegian Nobel Committee of violating its own principles by honouring "a criminal". Liu, 54, was sentenced last year to 11 years in prison for subversion.

Xiaobo was nominated for the Nobel Peace Prize by the American branch of the international writer’s organisation PEN, but his nomination met with immediate criticism from Chinese authorities. In Slovakia, 51 MPs and over 30 personalities of the public life supported his nomination by joining the Czech initiators from the People in Peril organisation. While in Slovakia only opposition deputies and one coalition deputy, Tibor Mikuš, signed the petition, in the Czech Republic representatives of all parties except the Communists supported the petition.

In their letter, the signatories state that the political reforms in 1989 were successful in Slovakia, but less so in China, where many such as Xiaobo fight for basic human rights and freedoms.

“We are touched by the fact that our example inspires them to do so,” the letter reads. “Though its signing meant the degradation of social standing and imprisonment for many, Charter 77 became an inspiration for Liu Xiaobo and others to create Charter 08, which was presented symbolically on Human Rights Day.”