VOTERS in the June general election delivered a stunning blow to two of Slovakia's most well-established political parties. Neither the Movement for a Democratic Slovakia (HZDS), a party that describes itself as one of the founders of independent Slovakia, nor the Hungarian Coalition Party (SMK), for a long time the only party representing Slovakia’s largest national minority, made it into parliament. Deprived of national office, both the HZDS and SMK are now pinning their hopes for some limited return to power – and political relevance – on next month's municipal elections. 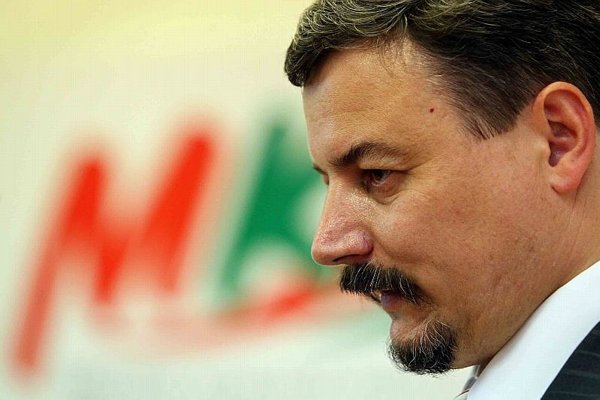 VOTERS in the June general election delivered a stunning blow to two of Slovakia's most well-established political parties. Neither the Movement for a Democratic Slovakia (HZDS), a party that describes itself as one of the founders of independent Slovakia, nor the Hungarian Coalition Party (SMK), for a long time the only party representing Slovakia’s largest national minority, made it into parliament. Deprived of national office, both the HZDS and SMK are now pinning their hopes for some limited return to power – and political relevance – on next month's municipal elections.

“In the municipal elections the SMK wants a result that will confirm the main idea of the recent national congress: that the party continues to have a strong regional base, which we regard as the basis of successful regional politics,” Péter Őry, the SMK deputy chairman for municipal administration, told The Slovak Spectator.

HZDS representatives have been speaking along the same lines regarding their party’s participation in the municipal elections. However, the number of candidates being fielded by the two parties tells a slightly different story.

The party's representatives have stated repeatedly that they are relying mainly on their candidates for municipal council seats and village mayoralties for success.

SMK leaders admit that they are not expecting to repeat their success in the last municipal elections, held in 2006. Four years ago, the SMK was the only party to represent the Hungarian minority, and as such they were the second most successful party (after Smer) in winning mayoral seats.

This time around, SMK has nominated 287 candidates for mayoral posts in 18 districts of the country. Őry said the party is positive about that, as it represents more than half of the villages where there is a Hungarian minority. The SMK is also fielding 2,634 candidates for local councils.

“There are many opportunists in political parties,” Darina Malová, the head of the political sciences department of Comenius University in Bratislava, said in an interview with The Slovak Spectator, explaining that some local politicians from the HZDS, SMK and the like, may have decided, following the failure of their respective parties in the June parliamentary election, that there was no chance of using that party as political vehicle and hence jumped ship to another.

But while support in the regions cannot be taken for granted due to these ‘natural’ renegades, Malová believes that the HZDS and SMK have a better chance of scoring some political points in the municipal elections than they did at the national level, since both parties have a good organisational base at the local level.

“The municipal elections this year are likely to see a much tougher competition than four years ago and nobody can predict what it will do to our potential voters,” Őry admitted. He said that there might be changes in the number of mayoral and local council posts controlled by the SMK, particularly due to the presence of another party that claims to stand for the interests of minorities, Most-Híd.

HZDS' aim in the upcoming elections is to gain more influence in local administration, said Marián Klenko, the head of the HZDS Republican Council.

“For HZDS it would be a success to gain more influence in the municipal administration and fulfil its programme theses in Slovak towns and villages,” Klenko told The Slovak Spectator.


He stressed that HZDS was entering the election campaign across Slovakia, and said the party expected to score good results in those regions where the party possesses a long record of strong voter support.

“Municipal elections are an opportunity through which HZDS can win the attention of citizens by presenting the programmes of the candidates, as well as by fulfilling them in the event that they are successful in the elections,” Klenko said.

The power of individuals

In the upcoming elections HZDS seems to prefer to support candidates from other parties as well as independent candidates rather than putting forward its own people.

“By supporting strong candidates [the party] can strengthen its position also in those towns and villages that are dominated by other political parties,” Klenko said.

Juraj Marušiak, a political analyst affiliated with the Institute of Political Science of the Slovak Academy of Sciences, said that the general premise that is true for the municipal elections – that the personality of the individual candidate, or a specific interest affecting a certain group of individuals, is more important than party affiliation – also explains the situation of the SMK and HZDS candidates.

“The main part will be played by individual personalities from these parties, their ability to address voters and to convince them that their performance in municipal posts has been successful to date,” Marušiak told The Slovak Spectator.

According to Marušiak, however, HZDS and SMK candidates do not have the advantage of being able to present themselves as candidates with strong backing in the central, state institutions which decide on the allocation of money to municipal and regional development projects, including finance from European funds.

“That’s another reason why both these groupings could have experienced problems with the willingness of candidates to identify with them,” Marušiak said.