Job growth still stagnates even though worst is over

IT SEEMS that Slovakia’s labour market is slowly starting to recover along with Slovakia’s rising economic output. But for now the level of economic growth is not vigorous enough to generate a significant number of new job positions and reduce the unemployment rate to its pre-crisis level. Moreover, the labour market has some distinct pockets of ill health as many unemployed Slovaks are now classed as long-term jobless and recent school graduates are finding it extremely difficult to land their first jobs. 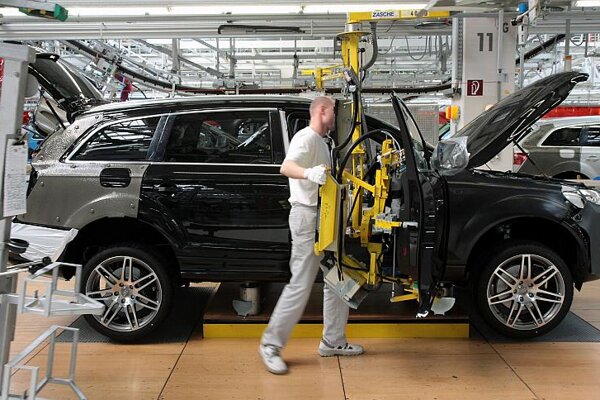 IT SEEMS that Slovakia’s labour market is slowly starting to recover along with Slovakia’s rising economic output. But for now the level of economic growth is not vigorous enough to generate a significant number of new job positions and reduce the unemployment rate to its pre-crisis level. Moreover, the labour market has some distinct pockets of ill health as many unemployed Slovaks are now classed as long-term jobless and recent school graduates are finding it extremely difficult to land their first jobs.

“It seems that the labour market has gotten over the worst,” Michal Mušák, an analyst with Slovenská Sporiteľňa, a bank, told The Slovak Spectator. “Firms are no longer laying people off to the same extent as in the past and, simultaneously, more new work positions are being created compared with 2009. The unemployment rate has decreased slightly, even though this can partly be ascribed to seasonal work. In general I have a feeling that the labour market has stabilised. However, companies are concerned about whether the [economic] revival will continue long-term and are cautious when hiring new workers. But along with revival of the economy employment should also grow, albeit only gradually.”

In the second quarter, the country’s GDP grew by 4.7 percent year-on-year, following just slightly stronger growth of 4.8 percent in the first quarter, according to Slovakia’s Statistics Office. Over the course of 2009 Slovakia’s economy contracted by 4.7 percent.

At the end of August this year the jobless rate was still 12.19 percent, according to the Labour, Social Affairs and Family Office. The number of job seekers stood at 370,671 and unemployed school graduates accounted for 23,674 of this number. Meanwhile, the long-term unemployed – those without jobs for more than 12 months – accounted for 175,672, nearly half of all jobless people. The actual levels of employment continued to decline in August in all economic sectors compared with the previous year, according to the Statistics Office.

Industrial employers have been gradually hiring new workers. From February to August, employment in this broad branch increased by about 6,000 people, or 1.3 percent, according to Mušák. He regards this as only very cautious hiring since over the course of 2009 the number of employees in this sector decreased by almost one-fifth, or 90,000.

Juraj Barta, chief economist and head of market research at Slovenská Sporiteľňa, explained that, based on previous experience, annual economic growth of between 3 and 4 percent is required for widespread creation of new work positions.

“Since the economy has been growing only a bit faster, the creation of work positions is slow,” Barta told The Slovak Spectator, adding that he expects that Slovakia’s economic growth during the next few months will only be reflected in a slow decrease in the jobless rate.

Most economic analysts assume that the industrial sector might be where revival in economic growth will first be reflected in the hiring of new employees, while jobs may continue to disappear in other sectors that tend to lag behind growth, for example in construction. Mušák also expects forthcoming layoffs among public sector employees.

The view from HR experts

HR experts agree that the labour market situation is better than a year ago but they point to a number of continuing problems.

“The situation in the Slovak labour market is far from being stabilised,” Luboš Sirota, the director general and chairman of the board of the Slovak arm of Trenkwalder, a human resources firm, told The Slovak Spectator. “The growth in unemployment has slowed down, but it has not stopped.”

Sirota particularly views the structure of those unemployed as problematic because long-term unemployed and new school graduates, two groups of jobseekers who can find it difficult to find employment, currently make up the largest proportion of the unemployed. He added that the proposed reductions in the number of state employees will worsen the situation further.

Eight state ministries are planning to layoff 3,039 people and the Interior Ministry alone plans to cut its workforce by 902 employees. The remaining five state-level ministries have not yet provided information about their job-reduction plans. Slovakia’s social insurance institution, Sociálna Poisťovňa, which now employs almost 6,000 people plans to layoff 855 administrative workers over the next three years, the Pravda daily wrote in early October.

“The average [length of] registration of jobseekers is already exceeding 13 months,” said Sirota, who expects the jobless rate to continue growing until at least the end of the year. “For now, expectations that 3-percent economic growth would start increasing employment have not been confirmed.”

Sirota agreed that companies in the machinery, automotive and electro-technical industries are showing some interest in hiring new workers but added that subcontractor firms have not yet sensed the need to offer new work positions.

“The situation in construction is complicated,” he noted, referring specifically to the terminated PPP project that would have accounted for some of Slovakia’s highway construction. “Construction companies were planning for this highway work, which would have been the only large construction project during this period of time. These plans are not materialising for now.”

According to Profesia, which operates a major jobs portal, the first half of 2010 saw some improvement in the Slovak labour market, with 3 percent more jobs on offer compared to the same period in 2009. The number of job offers rose fastest in economic sectors that had been hit hardest by the crisis. This can be attributed to a revival in orders and production in the industrial sector but also to its low comparison base from last year.

“We registered the most significant increase in job offers during the first half of 2010 in the automotive industry, when the number of offers swelled by 42 percent compared with the first half of 2009,” Lucia Burianová of Profesia told The Slovak Spectator. “The chemical industry, management and production sectors also registered an increase in job offers, over 30 percent.”

Trenkwalder reported that it has registered a greater interest by employers for blue-collar workers in particular, but also said there is growing demand for traders and accountants, especially when they prefer or will accept flexible forms of employment in new work positions.

“At the moment personnel leasing is the service with the highest potential to land a job,” said Sirota.

Profesia recorded the deepest drop in job offers in the leasing segment in which the number of job offers decreased by over one-third. The number of available positions also decreased in the telecommunications industry, in which job offers fell by over 30 percent.

Burianová said the pharmacy sector managed to register job growth over the course of the economic crisis but during the first half of 2010 the number of job offers in this sector decreased by over 5 percent from the same period in 2009.

According to Profesia, employers in the trade, IT, administration, and accounting sectors are currently searching for people to fill vacancies. With regards to specific job positions, Burianová said employers are primarily looking for sales representatives and managers, administrative employees and programmers, adding that 89 percent of job offers are for full-time employment. The rest are for temporary work or employment using a trade licence and part-time job offers.

Marianna Turanová, managing partner of Target Executive Search in Slovakia, an executive search company, also believes that the labour market is beginning to respond to the economic revival.

“Clients are not in the situation any more when ‘hiring freeze’ was the only answer to the question of potential recruitment,” Turanová told The Slovak Spectator. “New positions are gradually being opened. This is a positive development because during the first half of 2010 we worked only on replacement [employees]. There is still a high interest in capable traders (country manager, business developer, regional sales developer) with a technical background. It is also possible to feel interest in so-called middle technical staff, such as technologists, process engineers and similar jobs.”

The experience of Trenkwalder is that graduates in Slovakia without any previous work experience make up the group of unemployed with the lowest current chance of finding a job.

“This is because they do not have working habits but also because of the insufficient interconnection between their education and the needs of employers,” said Sirota. “Graduates of humanity-oriented fields at universities make up a large group of jobseekers. The situation became even worse after graduates from 2010 joined the jobless who graduated in 2009.”

According to Burianová, graduates are first looking for jobs primarily in May and June when they are finishing their education and a second wave of jobseekers arrives after the summer holidays in September.

Compared with last year, Profesia has registered a drop in the number of graduates searching for jobs and said that this is because a year ago the economic crisis was reaching its peak and the job portal was receiving an increasing number of CVs from other jobseekers.

Currently, Profesia lists about 1,000 job offers that are suitable for recent school graduates, about one-sixth of the total number of offers that it advertises on its portal.

Regarding problems that many companies in Slovakia had in the past in filling managerial positions, Turanová thinks that there are enough available applicants but that many of them do not match the required qualifications.

“My experience is that there are still enough free people in the market who can be hired quickly and cheaply by companies,” said Turanová. “The problem is that, as was the case in the past, these candidates do not completely fit the ideal profile, especially in terms of their personalities. Candidates lack a positive way of thinking, flexibility, and are not willing to take responsibility and make decisions. Or they lack team spirit. Our foreign clients expect self-confident (but not excessively so), resolute and positively-tuned managers, but, alas, they are encountering in the market inflexible managers full of complexes, who are sometimes too know-it-all, listening only to themselves and completely lacking any self-reflection or empathy.”