THE SEARCH for jobs by Slovaks is no longer limited by the borders of their country and many more Slovaks are travelling abroad to improve their education and gain work experience or to enjoy better working conditions and higher wages. Many Slovaks go abroad intending to return home sometime in the future, while others may decide to relocate permanently, resulting in a so-called brain-drain from the country. Thus, enticing people working abroad to return to Slovakia is an opportunity to reverse that brain-drain and to harness talents honed abroad for the benefit of the Slovak economy. 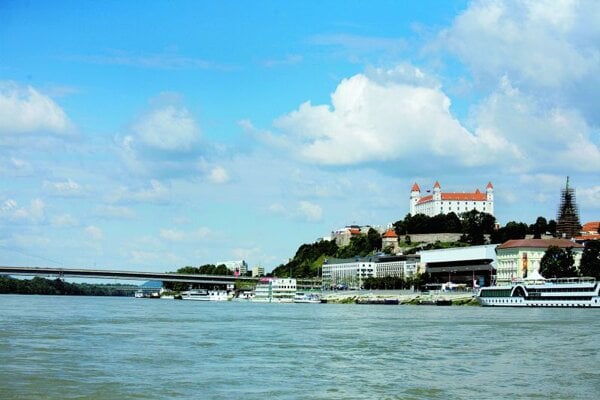 THE SEARCH for jobs by Slovaks is no longer limited by the borders of their country and many more Slovaks are travelling abroad to improve their education and gain work experience or to enjoy better working conditions and higher wages. Many Slovaks go abroad intending to return home sometime in the future, while others may decide to relocate permanently, resulting in a so-called brain-drain from the country. Thus, enticing people working abroad to return to Slovakia is an opportunity to reverse that brain-drain and to harness talents honed abroad for the benefit of the Slovak economy.

People working in highly-skilled positions in foreign countries are in demand by domestic firms and international companies with operations in Slovakia. HR experts say they want to help match Slovak ex-pats with likely employers here so that their talents and experience can be ‘brought home’. Slovensko Calling is one such project with that goal.

Only broad estimates of how many Slovaks work abroad are available because there is no precise information and it is difficult to capture data because of the free movement of people within the European Union. The Slovak Statistics Office estimates that around 130,500 Slovaks may currently be working abroad, an increase of 4.7 percent year-on-year.

This estimated number accounts for 5.6 percent of the total Slovak labour force in the second quarter of 2010. The Statistics Office reported that 41 percent of these Slovaks worked in the Czech Republic, with another 18.5 percent working in Austria, followed by Great Britain and many other countries.

The Slovensko Calling project started before the global economic crisis spread across the world but the crisis has reconfirmed the need for such a project. At the conception of Slovensko Calling, a team of people working at the Career without Borders project realised that it was important to find a way to redirect the flow of brain-drain and to help talented employees find appropriate jobs and have an opportunity to develop their careers in Slovakia.

Stanka Švecová, the initiator of the project, told The Slovak Spectator that there is a continuing interest on the part of many Slovaks in returning home.

“The interest in returning persists and from my personal point of view I see it as being stronger than in the past,” Švecová said, adding that this is due to structural improvements in economic and social life in Slovakia that are recognised abroad. But she added that she finds it very difficult to compare the current situation with the past and would not want to assess it quantitatively.

She said this is because statistics in this area have always been quite weak or even absent entirely, that migration has always been a complex personal and social phenomenon, and that the recent economic crisis, which either delayed or speeded up decisions to return, has made accurately assessing the whole picture more difficult.

“We only can say that interest [in returning] is still there and that various factors, for example the most recent general election, the still persistent slowness in the labour market, and also new projects emerging in Slovakia that are drawing people back, are all affecting this interest,” said Švecová.

Earlier this year Slovensko Calling conducted a survey with the goal of finding out whether Slovaks working abroad want to return home and if so, why.

The survey results released in April showed that 54 percent of the Slovaks surveyed – primarily professionals working and living abroad – plan to return home to Slovakia and 17 percent said they wanted to return over the next three years.

According to the survey, the primary reasons that Slovaks left for another country was their dissatisfaction with Slovakia’s economic and political situation, for financial reasons or a desire to continue their professional studies. When deciding about whether to accept a job and return to Slovakia, the weightiest factors were the nature of the job here and what it entails, closely followed by the salary level and the opportunity for career growth. As many as 44 percent of the Slovaks working abroad worried about being able to find an appropriate job, either because of too high qualifications or the lack of suitable positions, and also of having reduced earnings compared with their job abroad.

“According to our experience as well as based on results of the survey, the biggest motivation to return home is personal relationships: family and friends,” said Švecová. “On the other hand, when a Slovak establishes a family abroad or feels that their strongest social network is among friends abroad, then those relationships are the primary reason why they choose not to return and remain abroad.”

When assessing how easily Slovaks who returned could establish new careers in Slovakia, Švecová’s experience was that people who had worked in fast-developing sectors were nimbler and made the transition more easily. These included people working in IT, trade, management, finance, or other employees who were able to carry out their global roles within international companies from nearly anywhere, including also from Slovakia.

On the other hand, people whose jobs or professional fields diverged from the Slovak stuation while abroad, or were based on dissimilar principles or rules, such as different legislative procedures, qualifications or certifications, tended to be more cautious about returning home. Švecová put lawyers, physicians and research workers in this group, adding that professionals who have found their own niche abroad, for example designers, artists, architects or specialised financial experts, were also more cautious about relocating.

“We asked 26 respondents – Slovaks who had relocated – how their return home had gone,” said Švecová. “Nearly 50 percent of those who returned claimed that the process was demanding. Conversely, only 12 percent of the respondents labelled it easier then they had originally expected.”

Those respondents who had returned listed four factors as the most difficult: bureaucracy, cultural differences, the emotional side of returning, and making the actual decision to return.

“Thirty-one percent of those who returned regarded their decision to be correct while 27 percent said the opposite,” said Švecová.

To help Slovaks make a decision that turns out to be correct, Slovensko Calling has started cooperating with Target Executive Search, an executive search company.

“We participate by making active presentations of suitable working positions for these people,” Marianna Turanová, managing partner of Target Executive Search in Slovakia, told The Slovak Spectator. “We also provide consultancy about how to establish oneself in the labour market.”

Part of this help also involves teleconferences with Slovaks who are considering relocating home. The first teleconference took place in early August and Turanová said she answered questions raised by Slovaks now working in Ireland, Great Britain, Germany and the United States about the current labour market in Slovakia.

Turanová said it is often not easy for Slovaks to return home since they often must accept lower salaries.

“On the other hand, when I speak about this issue with clients, especially foreign general directors of companies operating in Slovakia, attracting such candidates is really highly desired and they have the best experience with them,” said Turanová.