THE PROCESS of nominating a candidate for one of the most powerful positions in Slovakia has poisoned the atmosphere within the ruling coalition. 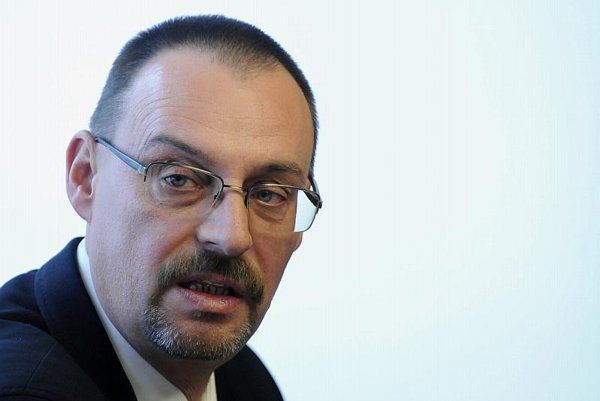 THE PROCESS of nominating a candidate for one of the most powerful positions in Slovakia has poisoned the atmosphere within the ruling coalition.

Implicit support from the largest coalition party, the Slovak Democratic and Christian Union (SDKÚ), for Dobroslav Trnka, the incumbent general prosecutor, has provoked the ire of the Christian Democratic Movement (KDH), Most-Híd and Freedom and Solidarity (SaS), who would prefer to see one of Trnka’s juniors, Eva Miššíková, fill the post.

What makes the apparent SDKÚ support for Trnka particularly piquant is the fact that opposition MP Mojmír Mamojka, a member of the Smer party, has already nominated Trnka as a candidate, thus prompting speculation about a possible SDKÚ-Smer deal over who will fill the general prosecutor’s post for the next seven years.

The KDH, Most-Híd and SaS had been willing to support a candidate proposed by SDKÚ, but the party, which is chaired by Mikuláš Dzurinda, has yet to officially propose anyone. Trnka’s nomination has so far been proposed by a lone SDKÚ MP, Stanislav Janiš, whose move came as something of a surprise.

However, SDKÚ MP and former judge Jana Dubovcová is expected to propose another candidate: special prosecutor Ján Hrivnák. According to the Sme daily, Prime Minister Iveta Radičová, who is also a member of the SDKÚ, is more inclined to back Hrivnák’s candidacy than that of Trnka.

Yet the list of potential candidates is probably not complete yet, since any deputy can propose a candidate. The prosecutor general is selected by parliament and appointed by the Slovak president. The first parliamentary vote on the job is scheduled for November 3. The seven-year term of Trnka ends on January 31, 2011.

Meanwhile, Most-Híd chairman Béla Bugár said that the coalition’s failure to agree on a joint candidate is a very negative signal and “is undignified for the ruling coalition”.

“If it is true that it is only Janiš’ opinion, and if we accidentally fail to agree on a joint candidate and somebody deliberately or by mistake helps elect the current prosecutor general, then the dirt will stick to the SDKÚ regardless of whether they contributed to it or not,” said Bugár, as quoted by the TASR newswire. “It is a precarious situation for them.”

Observers agree that the conflict within the ruling coalition is increasing the chances of Trnka’s re-selection. Yet Mamojka’s proposal is not shared by the whole Smer caucus. Smer boss Robert Fico has said that his party will wait for all the proposals and then make a decision.

Meanwhile, Most-Híd MP Peter Zajac, a member of the Civic Conservative Party (OKS), has said that the ruling coalition simply cannot support Trnka because he does not respect the laws of Slovakia, something which he says has become evident in the case of Hedviga Malinová, a Hungarian-speaking Slovak citizen who in 2006 reported to the police that she was beaten up in Nitra, apparently for speaking in her mother tongue while using a mobile phone.

On October 20 Trnka appeared before parliament’s human rights committee to answer questions over the Malinová case, which has been dragging on for more than four years.

Malinová was publicly accused of lying by then-prime minister Robert Fico and his interior minister, Robert Kaliňák, soon after she first reported the assault in 2006. In May 2007 she was charged by the police with providing false testimony, but she has yet to stand trial.

Trnka’s attitude and comments to the parliamentary committee may have created some new opponents to his candidacy.

He offered no prospect of Malinová’s case being resolved instead dismissing it as “banal”. He also interpreted the committee’s request that he appear before it as “impeachment”.

“It seems that this state has been unable to solve this outwardly banal case for four years,” Chmel said, as quoted by the SITA newswire. “At the least it testifies to the basic shortcomings of the state in the area of human rights.”

Trnka was selected for the post in 2003. He is the country's fifth attorney general since the fall of communism in 1989. Before his election, he had served as chief military prosecutor.

“I consider [my selection] to be the peak of my professional career,” Trnka told The Slovak Spectator on December 15, 2003.

In the secret ballot, which had to be repeated due to technical confusion during the first vote, Trnka received 84 votes, beating his rival, chief special prosecutor Ján Bernát, who got 58 votes.

Trnka, a native of the western Slovak town of Skalica, finished his law studies in the late 1980s and soon after was involved in the investigation of several events surrounding the fall of communism in the former Czechoslovakia in November 1989.

The Sme daily speculated that Janiš proposed Trnka based on an agreement with SDKÚ boss Dzurinda in order to help brush a case involving murky party financing under the carpet. Janiš, however, rejected the allegations and insisted that he wanted to see Trnka in the post based on his fight against organised crime.

“I do not have any reason to withdraw my proposal,” Janiš said on October 20.

Janiš argues that the Office of the General Prosecutor under Trnka’s leadership has been tough on organised crime and handled the long-running case of gangland boss Mikuláš Černák well.

He argues that Trnka has been able to resist political pressure.

Trnka was originally proposed for the post by Ivan Šimko, a former SDKÚ deputy who later quit the party over disagreements with Dzurinda. However, Šimko recently told Sme that Trnka has been behaving in such a way so that he does not put his re-selection at risk.

“I do not think that he has linked up with someone, but he has started calculating with his future, which was a serious mistake,” Šimko told Sme. “He yielded to a certain pragmatism, if not opportunism.”

According to Šimko, Trnka’s opportunism surfaced in his handling of the case concerning allegations of non-transparent financing by the Smer party, Sme wrote.