SITTINGS of the Judicial Council will be made public and its members will be obliged to provide arguments for their decisions – mainly concerning personnel issues – as part of what Slovak Justice Minister Lucia Žitňanská calls an effort to bring more transparency into the country’s judiciary. 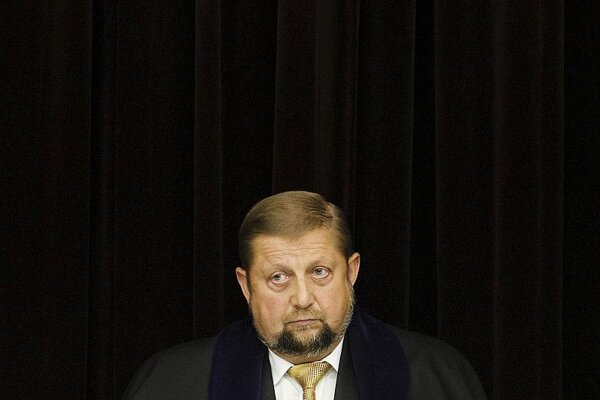 SITTINGS of the Judicial Council will be made public and its members will be obliged to provide arguments for their decisions – mainly concerning personnel issues – as part of what Slovak Justice Minister Lucia Žitňanská calls an effort to bring more transparency into the country’s judiciary.

The Slovak Parliament passed a revision to the Judicial Council Act on October 19 which will pose a potentially serious dilemma for several members of the council: they must either give up their top posts at district or regional courts or their membership in the council will automatically be terminated.

This is because the revision bans chairs and deputy chairs of these courts from being members of the council. However, the Supreme Court president is automatically eligible for the post, based on the country’s constitution.

“It is crucial to protect the independence of the judiciary and to ensure a balance in the distribution of power in the state,” Žitňanská said in a statement provided to The Slovak Spectator. “We are striving to remove power from those who aren’t entitled to it and return it to those who are: in decision-making this power belongs to the judges, and in controlling the judiciary the power should be with the public.”

According to Žitňanská, it is high time to improve conditions within the judiciary, ensure public sittings and justifications for decisions, as well as to prevent the undesirable influence of ministers in the decisions of the Judicial Council.

In September 2009 an open letter was signed by 15 judges who warned of what they called abuse of disciplinary proceedings against certain judges, often critics of Harabin; shortly afterwards, 105 judges signed the “Five Sentences” petition to initiate a serious debate about the state of the judiciary in Slovakia; and earlier this year, the initiative For an Open Judiciary emerged in response to what its founders called political intervention, lack of transparency and the misuse of disciplinary proceedings, among other issues.

The revision to the Judicial Council Act will immediately affect five members of the council: Igor Burger, Helena Kožíková, Richard Molnár, Gabriela Šimonová and Mária Usačevová. If they do not resign from their posts as chairs and deputy chairs of courts they will find themselves in conflict with the law, the SITA newswire reported.

They have 30 days to eliminate the conflict, otherwise their membership in the council will automatically terminate, based on an amending proposal submitted by Most-Híd MP Ondrej Dostál.


Other changes that should make the operation of the Judicial Council more transparent include the obligation to record the proceedings of the council and then publish them on the internet.


Smer party MPs Robert Madej and Mojmír Mamojka said that they would challenge the legislation in the Constitutional Court.

The Judicial Council and the Supreme Court, both headed by Harabin, oppose the amendment, as well as the draft revision to the Judges and Judicial Assistants Act that parliament has been discussing, calling it a “purposive proposal with the goal of politically taking over the judiciary and exterminating the rule of law”.

After several failed attempts, Harabin was allowed to address parliament on October 19 for about 45 minutes.

“The submitter has made several legislative mistakes, among others of anti-constitutionality and retroactivity,” said Harabin, as quoted by SITA. “The draft revision wants to install such legal nonsense as though Minister Žitňanská wanted to recall President Ivan Gašparovič, elected directly by the citizens, only because he is a lawyer.”

Harabin, who claims that Žitňanská is basing the reforms on the opinion of about 20 people who have not gained much respect among judges, became so emotional that Deputy Speaker of Parliament Béla Bugár asked him to lower his voice.

According to Harabin, the revision has not been properly prepared and lacks any expert discussion. The Supreme Court president claims that if the judiciary is to be built on a media campaign, it will look like it did in the 1950s, a reference to a period when the communist authorities in Czechoslovakia heavily manipulated the courts.

The Justice Ministry rejected accusations that the judiciary is being politicised.

“Strong words about politicisation and a return to the 1950s, which repeatedly emerge, appear to me to be an expression of fear that some murky practices will be revealed: a fear of cutting some of the strings that someone has previously been able to pull when wanting to influence a judge in their decision making,” Žitňanská said. “In what specific form might politicisation appear? Because I want people to see how judges are making decisions? Because I want to make it possible for people to see the whole selection process for judges and deputy chairs with their own eyes? What might the threat be there? Perhaps it is that they [the public] will see that in some cases the best candidate does not get the job?”

“Is it because I propose making penalties harsher for judges who manipulate the work schedule?” Žitňanská continued, adding that she wants to give a chance to the best candidates to become judges, and wants to put an end to cronyism. “I do not see politicisation in this. We are opening up the judiciary to public control, strengthening the independence of judges in decision-making and entering into a fight with internal corruption in the courts.”

In his address to parliament, Harabin quoted from an aide memoire sent by Lord Justice Thomas, President of the European Network of Councils for the Judiciary (ENCJ). However, the Sme daily reported that he had quoted the British judge selectively.

“It would of course be better for MPs to be aware of the entirety of Lord Justice Thomas's aide-memoire which stresses the need for accountability in the judiciary,” Britain’s ambassador to Slovakia, Michael Roberts, told The Slovak Spectator. “He stresses that the rule of law requires an independent but accountable judiciary. And that transparency – a bright light shone on all areas of the judiciary – is the best way to ensure accountability. Having followed closely the parliamentary debate I am persuaded that is what Mrs Žitňanská’s reforms want to achieve."

Roberts himself was present at the October 19 parliamentary debate. Andrew Pittam of the British Embassy told The Slovak Spectator that the ambassador and other embassy officials regularly attend parliamentary sessions.

“Mr Harabin was not due to speak at that session. But this was nevertheless an important debate,” Pittam said. “UK Justice Minister Ken Clarke was very supportive of Mrs Žitňanská's proposed reforms when he visited Bratislava last month.”