SLOVAKIA’S much-criticised State Language Act is set to be amended again – this time, in line with the centre-right government’s promises to make it more minority-friendly. However, some negative points that minorities and human-rights watchdogs have complained about – most notably fines for non-compliance – are likely to remain in force. 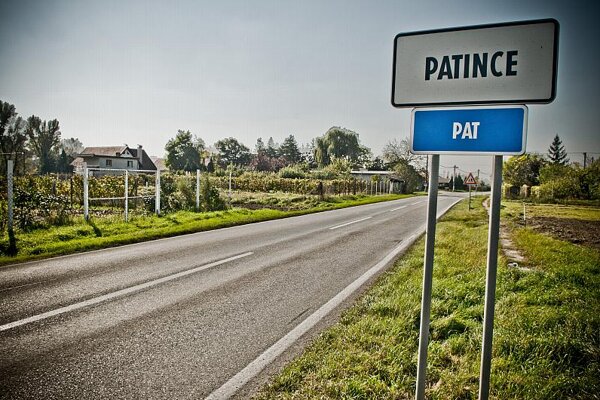 SLOVAKIA’S much-criticised State Language Act is set to be amended again – this time, in line with the centre-right government’s promises to make it more minority-friendly. However, some negative points that minorities and human-rights watchdogs have complained about – most notably fines for non-compliance – are likely to remain in force.

Parliament sent the government’s amendment to the language law to its second reading on October 20.

If the amendment is passed, the law will not require transport, telecommunications or postal workers to use and master Slovak, because their activities will be re-classified as private business. The amendment also cancels the obligation placed on minority-language schools to keep records in both languages. Cultural activities organised by or for the members of minorities, such as theatre performances, can also take place solely in the original language. While Slovakia has several minority languages, native-speakers of Hungarian comprise the largest affected minority, numbering around 10percent of the population.

The law, scheduled to take effect on January 1, 2011, retains the use of fines as a last resort, but restricts their application to public administration and cases where the lives, health, safety, or property of citizens are concerned. It lowers the range of fines, from €1,000-€5,000 to €50-€2,500.

However, the ruling coalition remains split over the law. Most-Híd, a large part of whose support base is ethic Hungarian, opposes the fines and has promised to come up with changes to the draft law during its second reading in parliament. Most-Híd MP Edita Pfundtner said during the parliamentary debate on the law that it represents a black mark for the coalition and that Culture Minister Daniel Krajcer, a nominee of Freedom and Solidarity (SaS), did not prepare the draft in line with the government programme.

“I am expected to vote for an amendment against which I, as an MP for the Most-Híd party, have reservations,” Pfundtner said in parliament, as quoted by the SITA newswire, adding that if she did not vote for it, the current, worse version of the State Language Act would remain effective. She said that as long as the fines remain in the law, she considers the issue open.

Krajcer said that the language law has become a political topic. He said that the ‘Hungarian card’ was played before the June parliamentary elections and that political parties are playing it even now, with municipal elections approaching. He added that the criticism emanating from the opposition is the best proof of the bill’s quality, SITA reported.

The previous culture minister, Marek Maďarič, who was responsible for drafting the current law, said that the amendment now before parliament would represent a “weakening of the position of Slovakia” by the Iveta Radičová government. He described it as unjustified, mistaken and harmful. According to Maďarič, the amendment does not solve anything and is only intended to promote the political interests of Most-Híd. He said the amendment is apparently intended to create an illusion that will improve relations with Hungary.

“Hungary won’t appreciate that,” Maďarič said, as quoted by SITA.

But some citizens have protested that, in fact, it does not go far enough, and have launched a petition in support of every Slovak citizen’s right to freely use their mother tongue. The petition is a civic initiative, but it is supported by the non-parliamentary Hungarian Coalition Party (SMK).

The petition organisers say they are planning to collect signatures until the second reading in parliament. Berényi said that the petition was intended to show MPs that there is demand in society for doing away with the penalties, TASR reported.

“[The draft that] is being proposed now is a result of debate and consensus within the coalition and I am convinced Most-Híd could have been stricter and insisted on removing the fines from the law,” Mesežnikov said in an interview with The Slovak Spectator explaining why he had joined the petition committee. “They all criticised the fines [in opposition] so I don’t see what their problem is now.”

Use of diverse languages in multi-ethnic societies should be governed by a law that regulates usage rather than by one that protects a single language, Mesežnikov stated.

“Slovak as a state language does not need protection from anyone,” Mesežnikov said. “Language is a living organism and if there is a need to protect it, that should be at the level of ‘linguistic services’. We’ve got linguistic institutes here and linguists; it is up to them to protect the language – but not through fines.”