THE SLOVAK insurance sector, after experiencing a large drop in business due to the economic crisis, rising unemployment and stagnant real incomes, is slowly recovering along with the Slovak economy. But industry experts say that in addition to improvement in the overall economy, Slovaks need to have better awareness about the need for insurance protection if there are unexpected or tragic events. 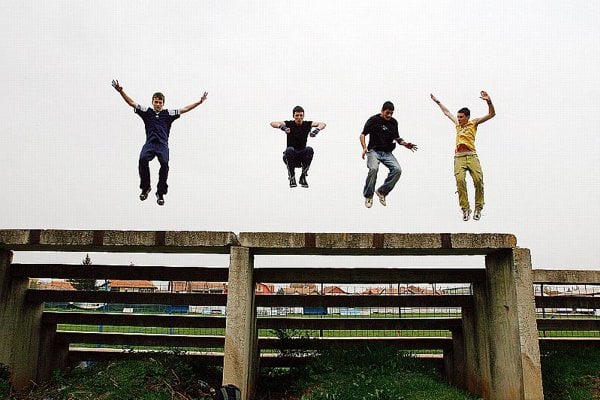 By the time the waters rise it's already too late. (Source: Reuters)
Font size:A-|A+

THE SLOVAK insurance sector, after experiencing a large drop in business due to the economic crisis, rising unemployment and stagnant real incomes, is slowly recovering along with the Slovak economy. But industry experts say that in addition to improvement in the overall economy, Slovaks need to have better awareness about the need for insurance protection if there are unexpected or tragic events.

“The current situation in the Slovak insurance sector could be briefly described as searching for stability,” Miroslav Čamek from the Slovak Insurance Association (SLASPO) told The Slovak Spectator. “After the drop in the insurance market, in life insurance as well as in non-life insurance, the market is beginning to stabilise gradually.”

The structure of sales within individual branches of the insurance business has also been changing since the segment of investment-type life insurance policies decreased the most among the various types of life insurance. On the other hand, sale of classic life insurance was a stabilising category.

“Generally during times when incomes of households are decreasing, people are less willing to invest in insurance and that has affected the insurance market,” said Čamek. “This pertains especially to non-life insurance coverage and to some kinds of life insurance products covering the case of death. This is because life insurance with creation of reserves has a long-term character and its termination is much more complicated and too expensive.”

After last year’s drop in demand for insurance the Slovak insurance sector reported increased business over the first half of 2010 compared with the previous year. The 21 insurance companies clustered in the Slovak Insurance Association reported writing aggregate premiums of €1.054 billion. Compared with the first half of 2009 this was a moderate increase of 0.5 percent, the SITA newswire wrote. However, life insurance underwriting and other kinds of insurance moved in opposite directions, with life insurance premiums increasing by 5.5 percent year-on-year to €548.5 million while premiums for other types of insurance shrank by 4.5 percent to €505.8 million.

The increase in life insurance underwritten in 2010 came after a deep fall in the aftermath of the financial and economic crisis, according to the Hospodárske Noviny (HN) daily, adding that insurance companies are still waiting for the good times they enjoyed before the crisis to fully return. This is because the greater inflow to the insurance companies cannot be attributed to a larger number of policies but by higher premiums and clients increasing their coverage. HN wrote that greater awareness of people might be the factor behind the higher levels of coverage as bread-winners and mortgage holders chose to better protect their families and their assets in the event of their death.

“The development in life insurance still does not reach the ‘pre-crisis’ volume level in written premiums in spite of the increase of about 5 percent in premiums over the year,” Viktor Kouřil, the head of the board of directors of ING Životná Poisťovňa, a life insurer, told The Slovak Spectator. “Just for comparison, aggregate written premiums for life insurance amounted to €559,386 at the end of June 2008; they were 1.9 percent higher at that time than this year.”

Kouřil ascribes the moderate increase in premiums this year to the growth in premiums for annually paid products, which increased by 25.8 percent in capital life insurance policies and by 31.3 percent in investment life insurance policies compared with the first half of 2009. Clients adding a higher level of coverage also contributed to this trend, increasing by 19.6 percent. Kouřil also sees the sale of life insurance products via banks as well as a revival of clients’ interest in risk products as part of this trend.

No change in company rankings

Allianz-Slovenská Poisťovňa remains the biggest insurer in the life insurance segment as well as in other insurance products.

It reported that it wrote premiums of €319.3 million for the first half of 2010, a drop of 3.4 percent from the same period in 2009. Kooperativa also reported a year-on-year drop in premiums, down 1.6 percent to €248.6 million. But Vienna Insurance Group, which includes Kooperativa as well as Komunálna Poisťovňa and Poisťovňa Slovenskej Sporiteľne, reported a moderate 0.9 percent increase in its overall premiums to €335.1 million. Generali Slovensko remained in third position in the overall market but saw its premiums shrink by 7.9 percent to €98.7 million, the SITA newswire wrote.

Outlook for the sector

Because the development of the insurance sector tends to mimic general economic trends the future of the insurance business will depend to a large extent on what happens in Slovakia’s economy, to citizens’ real wages and to levels of employment and unemployment. These factors could affect the insurance market negatively as well as positively said Čamek of SLASPO.

“A higher awareness of the need to insure assets, especially after this year’s catastrophic floods, can contribute to a revival in interest, especially in non-life insurance,” said Čamek.

Changes in the tax treatment of life insurance policies may have a negative impact on the future development of the life insurance business. But since the plans of the current government are apparently still changing, insurers as well as their customers will need to wait for the government’s final decision on any tax advantages for purchase of life insurance.

“From the global viewpoint, we see a returning orientation among clients toward products primarily designed for coverage of risk, containing only a small savings portion or portion allocated for investment,” said Kouřil. “This trend was caused by the financial crisis since certain aspects which did not play any significant role before the crisis, for example job loss, permanent disability from an accident or time needed for recovery, then moved into the spotlight. Clients put particular stress on risk insurance in the event of death and various forms of additional insurance. Apart from the crisis, this growth is caused by clients' greater financial awareness which has been slowly but surely increasing.”

Young people’s lower interest in life insurance can generally be attributed to their age and lack of financial experience. But insurance industry representatives say that Slovakia also lacks a certain kind of education and awareness-raising about the need for people to take care of themselves.

A survey which ING Životná Poisťovňa conducted with Ipsos Tambor agency in May this year shows that every fourth young Slovak does not have any life or accident insurance protecting against financial consequences of death or injury, the insurer writes on its website.

“Insurance is primarily about risk coverage,” Kouřil told The Slovak Spectator. “It is possible to say that people at a younger age have a cooler stance towards coverage of risk. The reasons for such behaviour are ignorance or carelessness stemming from their age. Young people are at the start of their careers, they are active, self-confident and they can take care of themselves. Essentially, they live for today and they are not yet able to realise the impacts of an unexpected situation whose consequences might be mitigated or covered by insurance. Change arrives immediately after obligations arise either in the form of mortgages, lease commitments or when they have a child.”

Čamek of SLASPO added that he sees an especially low awareness among Slovaks of the need to have supplemental savings from their own resources for future retirement.

“Especially for young people this is a seemingly remote problem, one which they do not need to urgently solve,” said Čamek, adding that he is critical of Slovak governments for neglecting the third pension pillar, supplemental savings or insurance products designed for retirement income in the future.

“It should be also be realised that the outcome of saving increases significantly based on the length of time that someone has been saving,” Čamek stated.