AT FIRST it looked like the so-called third pillar of Slovakia’s old-age pension scheme would lose its advantages. But in the end it seems the pillar, within which people save for their retirement via voluntary supplemental payments, will retain most or all of them. But because the Radičová government appears to be changing its tune on the subject it will be necessary to wait for the final verdict of parliament before its fate is decided. 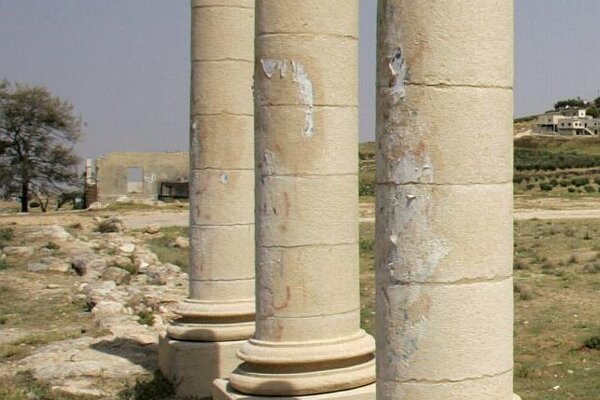 How many pillars can Slovakia's pensioners expect in their retirement years? (Source: ČTK)
Font size:A-|A+

AT FIRST it looked like the so-called third pillar of Slovakia’s old-age pension scheme would lose its advantages. But in the end it seems the pillar, within which people save for their retirement via voluntary supplemental payments, will retain most or all of them. But because the Radičová government appears to be changing its tune on the subject it will be necessary to wait for the final verdict of parliament before its fate is decided.

Changes to the third pillar were part of the austerity package designed to consolidate the public finances that was unveiled by the government of Prime Minister Iveta Radičová. To increase budgetary revenues, it proposed to make contributions by employees and employers to supplemental pension-fund management companies subject to payment of income and payroll taxes.

At present, those who save for pensions within the third pillar, can deduct €400 per year from their tax base, resulting in an income tax reduction of €76.

It is also cheaper for a company to contribute to an employee’s pension savings than to increase his wages, the Pravda daily wrote. For now, contributions to the third pillar are subject only to health insurance and income tax. Thus, if an employer contributes €10 a month to an employee, it also has to send €1 to his health insurer. Under the new measure, it would have to pay another €2.52 to social security provider Sociálna Poisťovňa.

The Association of Supplemental Pension-Fund Management Companies (ADDS) warned that the measures could mean the demise of the whole pillar of an already weakened pension scheme in Slovakia.

“The government, the current one as well as previous ones, has done nothing or only very little to increase awareness about the importance of the third pillar,” Čamek told The Slovak Spectator. “The current government even decided to go in the opposite direction in this matter. It has decided to cancel the already small state support provided via the tax-base deductible item. It is even sadder that at the European level there is a lively discussion about the role of government in supporting the third pillar.”

Speaking to The Slovak Spectator, Viktor Kouřil, head of the board of directors of life insurer ING Životná Poisťovňa, forecast a negative impact from the proposed third-pillar changes for the whole insurance market.

Supplemental pension-fund management companies teamed up with trade unions and employers and launched a petition in early October against the proposed changes. During just its first week 47,600 Slovaks signed the petition. The aim of the petition committee is to collect at least 100,000 signatures and deliver them to parliament with a demand that MPs refuse to adopt the cabinet’s draft amendment to the social insurance law, the SITA newswire wrote. The petition committee features Jozef Uhrík, the president of the Slovak Automotive Industry Association; Vladimír Mojš, vice-president of the Confederation of Trade Unions (KOZ); Michal Němec, a member of the supervisory board at the Supplemental Pension-Fund Management Company ING Tatry-Sympatia; Marcel Forišek, the secretary of ADDS; and Igor Vida, a member of the supervisory board of the Supplemental Pension-Fund Management Company Tatra Sympatia.

“The revision means that all income without exception is subject to payment of payroll taxes, i.e. also contributions to the third pillar, which absolutely goes against its sense,” the SITA newswire quoted Němec, the head of the petition committee, as saying in late September.

Němec regards the amendment as tantamount to the liquidation of the third pillar.

It seems that these arguments are persuading some parliamentary deputies, who have already passed the amendment to its second reading.

Ľudovít Kaník, an MP for the Slovak Democratic and Christian Union (SDKÚ), the largest governing party, has already announced that he will prepare proposals to adjust the new legislation, cancelling the obligation to pay compulsory contributions.

Kaník promised that nobody should be scared that the system would be endangered.

“It will go on and will operate further,” Kaník said, as cited by SITA.

Labour Minister Jozef Mihál conceded the change and the Finance Ministry has also not rejected it.

In response, the Labour Ministry proposes not to burden contributions to the third pillar with payments to the social security provider.

“We are for keeping the rule that what is subject to payment of taxes should also be subject to payment of payroll taxes,” Labour Ministry spokesperson Slavomíra Sélešová said, as quoted by the Pravda daily. This means that the tax exemption for third-pillar contributions may also be retained.

One of the arguments why the tax exemption should be cancelled was to reduce the number of exemptions in the tax system.

The Finance Ministry has hinted that it is not against changes which would maintain support for the third pillar, but insists that it will not do so to the detriment of the public finances or by deepening the state budget deficit. Through cancelation of the tax exemption it planned to get €14.3 million in 2011.

Five companies currently manage the voluntary pension savings of future pensioners within the third pillar. These are DDS ING Tatry-Sympatia, DDS Tatra Banka, DDS Stabilita, DDS AXA, and DDS Aegon. Together, they administer savings of over €1.2 billion. More than 750,000 of their clients are currently voluntarily saving for their retirement, according to SITA.