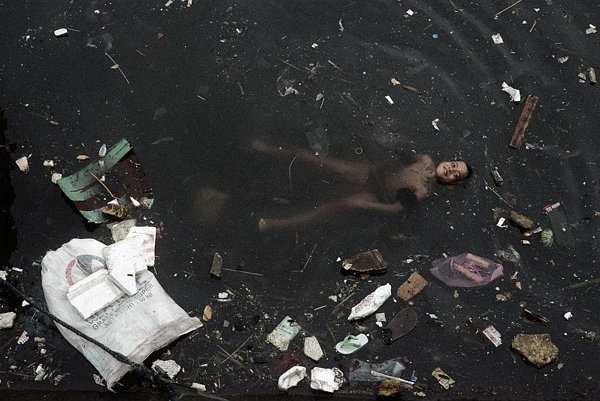 The photos in Mission: Slovak Salesians Around the World won Alan Hyža the title “Slovak Photographer of the Year” in 2009. (Source: Alan Hyža)
Font size:A-|A+

A FAMILY who exult upon learning that a chicken can be killed with a machete; a Mongol who speaks better Slovak than many Slovaks; a woman whose child was disabled after her drunk husband dropped the child on the floor; a voodoo magician who can make a wooden table dance: these are the people populating the enchanting world of Mission: Slovak Salesians Around the World, by Alan Hyža and Peter Kubínyi.

Alternately sad, disturbing, philosophical and uplifting, and invariably invigorating, this essayistic travelogue is a mosaic of both ordinary and extraordinary fates, memories and places. Published in a side-by-side bilingual, Slovak-English edition, the book may easily find its way onto the international market, though probably reaching only a limited niche readership.

Journalist Peter Kubínyi and photographer Alan Hyža travelled the world, from Ecuador and Russia to Mongolia, from Azerbaijan and Australia to Angola, and from Albania and Haiti to the Philippines, to meet Slovaks who are serving as Salesian missionaries.

The Salesian Society, founded in the 19th century by Italian Catholic priest St John Bosco, has been present in Slovakia since 1924. Out of some 220 Slovak Salesians, a handful travel on missions worldwide, helping those in need.

Among them is 76-year-old Augustín Vrecko, who emigrated from communist Czechoslovakia in the 1950s across a mined border and suffered from hunger in a German refugee camp. He later studied in France, where he attended classes taught by Albert Einstein and took part in the 1968 student demonstrations.

In 1976, Vrecko left Europe for Haiti, choosing a poor inland village rather than a teaching post he was offered in the capital. He would remain in the village for two decades. During his mission, 52 kilometres of roads, a 2-kilometre pipeline, a school and a church were built in Bois de Laurence, partly from his own savings. The priest is now living alternately in Belgium and in Haiti, where he also helped after the 2010 earthquake.

When asked why he is so determined to help poor Haitians, he answers simply: “Why, they are my family.”

Mission abounds with stories like this one, leaving the reader in awe of the strength, resilience and, above all, accomplishments of the missionaries, regardless of one’s religious beliefs.

For, as Peter Kubínyi puts it, “someone who has decided to share himself has something to offer even to those who do not expect anything from him”. From such people, he continues, “one can learn to be unselfish and take the others as they are instead of reprimanding them.”

Kubínyi’s style varies between poetic and telegraphic, while never pretending impartiality, making the narrative genuine and authentic. At the same time, the author is mostly successful in avoiding sentimentality, which can easily creep into stories about barefoot children and battered women.

But Mission’s message is not conveyed exclusively through words. Out of approximately 250 pages, almost half are devoted to the photographs by Alan Hyža, who was awarded the prestigious “Slovak Photographer of the Year” title in 2009 for these very pictures.

The photographer confesses in the introduction that his interest and curiosity was, at the beginning, overshadowed by fears as to whether the missionaries and locals would allow this “alien with a camera” – meaning himself – who was ignorant of Catholic doctrine, to get close to them.

However, “all prejudices, barriers and fears gradually disappeared,” he wrote. “I met direct, open people with big hearts, kind, but not at all naive. Their life, work and thinking is clear, sincere and simple, like water and bread.”

And so are Hyža’s photos. Clear and simple, saved from cliché, they are a perfect accompaniment to the text.

Unfortunately though, the English translation has obviously not been proofread by a native speaker – which is all the more disappointing in contrast to the book’s elegant design – something of a bad habit by Slovak publishers that has yet to be done away with.

Mission: Slovak Salesians Around the World