PUBLIC-PRIVATE partnership (PPP) projects in Slovakia can hardly complain about a lack of media attention. Since the ruling coalition led by Iveta Radičová took over in July, the government has scrapped the first PPP highway package, to build a 75-kilometre section of road between Martin and Prešov, accused the previous management of the Transport Ministry of corrupting data about the estimated costs of using PPP for highway construction, and may have negotiated a better price for the third package of highway projects. 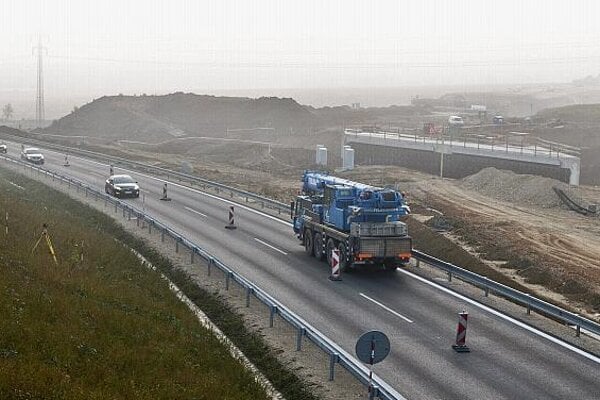 PUBLIC-PRIVATE partnership (PPP) projects in Slovakia can hardly complain about a lack of media attention. Since the ruling coalition led by Iveta Radičová took over in July, the government has scrapped the first PPP highway package, to build a 75-kilometre section of road between Martin and Prešov, accused the previous management of the Transport Ministry of corrupting data about the estimated costs of using PPP for highway construction, and may have negotiated a better price for the third package of highway projects.

The opposition Smer party said that the new government’s decision to scrap the PPP project would negatively affect regional disparities, the unemployment rate and the country’s economic growth.

Robert Fico’s party also demanded that Transport Minister Ján Figeľ report to parliament about the state of highway construction in Slovakia, but MPs rejected the call.

Instead, Transport Minister Figeľ says he might file a criminal complaint against an unknown offender over what his ministry calls previous tampering with some numbers published by the Fico government purporting to show that PPP-financed construction would be only slightly more expensive than conventionally-funded construction.

The ministry says a fraud may have been committed, with a serious impact on the public finances. It said the numbers in the original analysis, prepared by financial advisor Wood & Company, had been manipulated compared to the version that the Transport Ministry submitted to the cabinet.

“In one hand we hold the analysis that we as the ministry ordered, and in the other hand [we have] the material submitted to the cabinet in which the numbers … are manipulated,” the head of the ministry’s office, Peter Mach, said, as quoted by SITA newswire.

“The price and payment for PPP projects is a result of a tender and is not linked to a hypothetical analysis, while the price set by tender that the state pays cannot be influenced by calculations of bureaucrats or analysis,” Vážny said in a memo mailed to media outlets.

Vážny also said he does not understand why he should react to what he called “pseudo-analysts” who “are now managing the Ministry of Transport instead of Minister Figeľ and who have not done any analysis yet; all they have managed to do is to look for mistakes in the analysis that my colleagues did at the ministry.”

However, the director of the ministry's Strategy Institute, Ján Kovalčík, confirmed that the analysis had been modified by an employee of the ministry to make it more convenient for the Fico government.

“This meant that the difference [between PPP funding and normal funding] shrank between one PPP projection and the other from €546 million to only €29 million, making it look less disadvantageous than it really was,” explained Kovalčík, as quoted by TASR newswire.

Meanwhile the construction and 30-year operation of four sections of the D1 highway between Žilina and Martin totalling 31 kilometres, financed through the third PPP package, might cost less than originally assumed, according to Figeľ.

The winning consortium, led by German firm Hochtief, has offered to reduce its price after negotiations with the Transport Ministry.

“The difference between the actual and the previous offer is almost 30 percent,” Figeľ said, as quoted by the Sme daily. “I consider this significant and very important for the final agreement.”

According to Figeľ, construction work might now start in couple of months.

Nevertheless the Transport Ministry will need to pay €81 million to settle obligations stemming from the now-cancelled concessionaire agreement with Slovenské Diaľnice for construction and operation of sections of the D1 highway that made up the first PPP package.

The state will pay the amount to cover completed preparatory work, conservation of the construction sites, as well as for consultants and technical assistance to the National Highway Company, experts’ opinions and property purchases, the SITA newswire wrote.