AFTER the turbulence during the economic crisis, the fall in housing prices, and the halt or slowdown in new projects, the residential property market has now stabilised. Official statistics report a continuing slight decrease in the prices of apartments and houses but since real estate tends to mimic the country’s general economic development, moderate improvements in Slovakia’s economy and record-low mortgage rates have recently helped generate more activity in the market. But it will be necessary to wait and see whether developers have learned a lesson and started to take into account the wishes and finances of potential buyers when drawing up new projects. 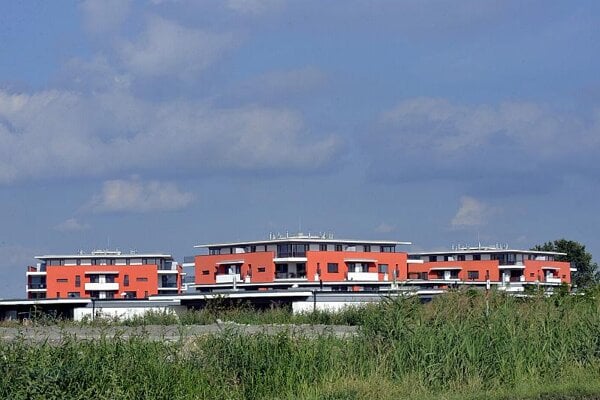 AFTER the turbulence during the economic crisis, the fall in housing prices, and the halt or slowdown in new projects, the residential property market has now stabilised. Official statistics report a continuing slight decrease in the prices of apartments and houses but since real estate tends to mimic the country’s general economic development, moderate improvements in Slovakia’s economy and record-low mortgage rates have recently helped generate more activity in the market. But it will be necessary to wait and see whether developers have learned a lesson and started to take into account the wishes and finances of potential buyers when drawing up new projects.

During 2009 prices for residential real estate decreased by over 11 percent, the SITA newswire reported, citing statistics from the National Bank of Slovakia (NBS) prepared in association with the National Association of Real Estate Offices (NARKS). But experts warn that since this statistic is based on offers and not on prices actually paid, the figures may not fully reflect the real market situation.

Among individual regions, Bratislava, which is the largest and most liquid real estate market in Slovakia, reported a moderate drop in prices during the second quarter, down 0.2 percent. Prices fell 0.8 percent in the first quarter of 2010 compared with the previous quarter, according to Fojtík. Bratislava Region continues to have the highest average price, €1,725 per square metre. In the least expensive region, Nitra, the average price is more than €1000 per square metre less, at €627 per square metre.

During the second quarter average prices decreased most in Prešov Region, falling by 4.1 percent. On the other hand, Banská Bystrica Region reported price growth for a second consecutive quarter, this time up 4.2 percent. Žilina Region reported an increase as well, up 2.6 percent.

When looking at real estate prices according to type, the biggest increase was reported for villas and apartments with five or more rooms, according to SITA. But Fojtík explained that as such large real estate is atypical, the market for it is neither deep nor liquid and so average prices can be distorted.

The opposite was the case for more standard real estate, where the price of one-room apartments (or studios) decreased again, down 0.9 percent. Since the second quarter of 2008 this segment has reported the biggest drop, of 23 percent. Fojtík says the fact that prices for such properties were among the most inflated is one of the reasons for their continuous fall.

“People prefer two- to three-room apartments costing from €90,000 to about €170,000,” Boris Škoda, a partner in Galéria Novostavieb, told The Slovak Spectator. “Of course there is also interest in bigger apartments, but not to such a large extent. Clients are also interested in family houses. This interest is confirmed especially by the finding that living only a few kilometres from Bratislava can cost a similar amount to living in an apartment in the city.”

Currently Fojtík sees falling mortgage interest rates as the factor affecting buyers in the residential real estate market. On the other hand, banks are continuing to place high demands on developers in terms of the quality of the projects they submit and their location, but are also requiring that developers secure some of their own funding for projects.

Less interest from potential buyers caused either by lower incomes or concerns about the future and the reduced availability of bank loans has chilled the residential real estate market. It has shown that people often cannot afford to buy new homes because they are too large and thus too expensive. Faced with lower sales, developers have had to adjust prices to levels which are in line with the expectations and financial resource of buyers, according to Fojtík. To renew the attractiveness of their properties developers have started to offer special benefits, too. But the range of apartments on offer still does not fit the requirements of many potential buyers, according to Rážová. This is also because there remain a number of large apartments on the market which reflect the exaggerated expectations of developers.

“Apartments are either large or expensive,” said Rážová, adding that there is a lack of completed new developments in the price and size range to match demand.

Developers have taken to offering parking spaces, cars, and even holidays as incentives to buyers.

“Some are directly offering discounts, others will offer discounts only during negotiations and some developers will not reduce the price at all,” said Rážová, stressing that a good new construction – with a reasonable price, appropriate size, good location, outfit and quality – will sell without any big discounts or gifts.

Nevertheless, Rážová’s feeling is that some developers have not learned the lesson from the recent past.

“We will see when new projects arrive in the market – not only those which started before the crisis and in which, due to this, developers’ room for manoeuvre is narrower,” said Rážová. “The cleverer [developers] are really looking for a way to bring onto the market properties that people want and which they can also afford. Alas, there are also those who still plan to build projects according to their subjective feelings and not on the basis of factual statistics and market analyses. For buyers, the price and a guarantee that construction will be completed are the most important things for the time being.”

Škoda of Galéria Novostavieb says that developers have adapted the size and design of residential properties as well as prices for clients in response to the situation in the market.

“In some cases they have divided some of their larger projects into phases, which makes sense not only from the viewpoint of risk but also the ability to respond to changes in demand,” said Škoda.

Price hike on the horizon?

Fojtík expects only a very gradual increase in residential real estate prices, close to the rate of inflation, but says the situation might change within two or three years.

“The current drop in new construction, which will reduce the amount of real estate on offer within the next two or three years, may again create pressure and lead to more dynamic growth in prices,” Fojtík said.