THE CHURCH of St Michael near Nitra is among the most beautiful sacral monuments in Slovakia, making it a very popular site for weekend tourism. 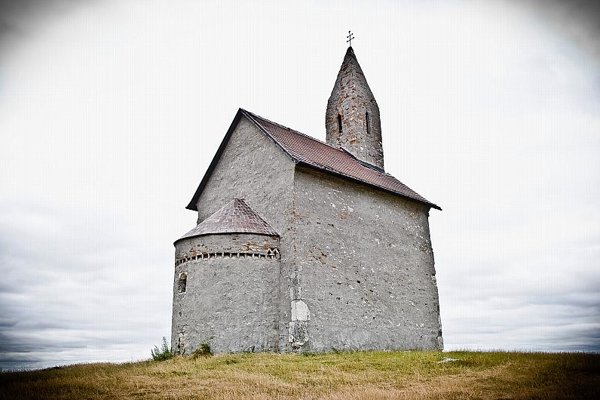 THE CHURCH of St Michael near Nitra is among the most beautiful sacral monuments in Slovakia, making it a very popular site for weekend tourism.

With its romantic appearance and picturesque location on a hill overlooking the surrounding landscape, the church known also as Dražovce, has been the setting for many films and music videos. It will also feature in an upcoming musical DVD that shows early medieval monuments within the Nitra region accompanied by historical music by the band Musicantica.

Due to its easy accessibility the church is a frequent destination for many residents of Nitra. But according to Daniel Balko, the head of the Váh-Dunaj-Ipeľ regional association, it is also an excellent choice for a weekend trip for visitors from more distant areas.

“The Romanesque church has preserved its special atmosphere. Here, people can feel ancient history connected with spirituality and also some mysterious air. This, together with the beautiful environment and a distant view into the countryside, has made St Michael’s Church an ideal place to spend a nice afternoon or a whole day. This was one of the reasons why we automatically included the church in the musical DVD that we plan to release in November,” Balko told the TASR newswire.

The Romanesque Church lies just to the west of Dražovce on a rocky outcrop of the Zobor mountain range. At the turn of the Bronze and Iron Ages the outcrop was fortified with mounded earth, which was later renewed during the Middle Ages. The first written reports about the village come from the second Zobor Charter dating back to 1113, when the village neighboured the property of Zobor Abbey of St Hyppolite.

Slovakia’s list of national monuments mentions that the church was built at the beginning of the 12th century in the Romanesque style and even though it has been repaired four times it has retained its original characteristics. Its construction is a classical example of a one-nave church with a matroneum and is one of the few Romanesque sacral buildings not to undergo major structural or stylistic changes.

The main altar dates from 1782, with a more recent depiction of Michael the Archangel. A medieval cemetery with graves dating back to the 12th century lies together with an additional 15 tombstones from the 14th and 15th centuries.