MUNICIPAL elections at the end of this month will round out Slovakia’s year of multiple elections. The electoral highlight of 2010 was the national parliamentary election held in June. Now, only a little over two months after September’s multi-question referendum was held, Slovak voters will be invited to visit their polling places one last time this year – to elect mayors and representatives in their municipal councils. 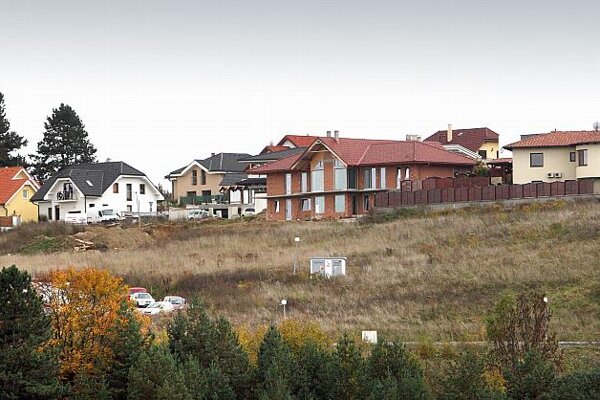 MUNICIPAL elections at the end of this month will round out Slovakia’s year of multiple elections. The electoral highlight of 2010 was the national parliamentary election held in June. Now, only a little over two months after September’s multi-question referendum was held, Slovak voters will be invited to visit their polling places one last time this year – to elect mayors and representatives in their municipal councils.

The balloting will be held on November 27 beginning at 7:00, with the official election campaign period starting 17 days before, on November 10, and ending 48 hours before the polling stations open. Election results should be announced some time on November 28.

Slovakia’s Central Election Commission is the main body overseeing the many polling sites and the counting of votes. Its 15 members were sworn into office on November 2. The chairman of the commission, Karol Nagy, nominated by Most-Híd party, and the vice-chairman, Ján Petrík, nominated by the Christian Democratic Movement, were chosen by lot from among the commission members.

Prime Minister Iveta Radičová asked the commission members to handle their tasks in a responsible manner.

“More than 400 competencies have been delegated from the state to municipalities and that is why these elections are of eminent importance,” Radičová said, as quoted by the SITA newswire.

The level of decentralisation of government is fairly high in Slovakia, thanks particularly to the 2000-2005 reform of public administration, according to political analyst Erik Láštic from the political sciences department of Comenius University in Bratislava.

“Through their competencies municipalities can influence those areas that have an immediate impact on the quality of life in a specific territory – be it territorial planning and the corollary competencies in construction legislation, kindergartens and primary schools, or social services and dealing with communal waste,” Láštic told The Slovak Spectator.

Even though the responsibilities and competencies of municipal governments are quite extensive, Láštic said the system of financing for this level of government complicates matters.

“Although decentralisation set a transparent model that doesn’t depend on politically-based distribution [of funds], recent years have shown on the other hand that the basic part of [municipal] financing – income taxes from natural persons – is dependent on the economic condition of the country and that complicates the situation of the self-governments when the state is not able to [accurately] estimate revenue,” Láštic explained, referring specifically to this year and last, during which the country’s unemployment rate rose sharply and revenue from personal income taxes earmarked for municipalities dropped steeply.

Slovakia’s political parties seem to regard the municipal elections as important and are seeking to elect as many mayors and local council representatives under their colours as possible. This is so even though some local coalitions of parties supporting particular municipal candidates are in stark contrast with the national stance of their parties – an example is a coalition between the non-parliamentary Movement for a Democratic Slovakia (HZDS) and the Christian Democratic Movement (KDH) backing one of the mayoral candidates in Trenčín.

Political parties that were not successful in sending MPs to parliament in the national election in June have repeatedly stated that the upcoming municipal elections are an opportunity for them to show their continuing relevance on the Slovak political scene.

“This is particularly the case where the municipal coalitions often aren’t in line with national politics,” Láštic said.

However, Láštic said the results of municipal elections will have some implications for national politics because they can, for instance, indicate the popularity of national MPs who are running as candidates in the municipal elections. He added that particularly in big cities the results can be reflective of future trends, mentioning that the image of Bratislava as a traditional stronghold of conservative politicians has changed somewhat since 2006 in some of its municipal districts.

Láštic explained that this can be seen in Petržalka, one of Bratislava’s districts, which elected a leftist candidate, Milan Ftáčnik, as its mayor in 2006. Ftáčnik is this year seeking the mayoralty of the whole city, with polls suggesting he has a fair chance of succeeding.

The municipal elections are set to cost about €9 million, with Slovakia’s Statistics Office being allocated €1.3 million to process the voting results and the remaining €7.7 million going to the Interior Ministry for preparation and distribution of ballots, supplying voting equipment to the polling stations, and maintaining public order on election day.

Denisa Baloghová, the spokesperson for the police corps, told The Slovak Spectator that security measures will be taken to prevent any problems on election day.

“The police will take steps to secure undisturbed preparation and realisation of the municipal elections,” Baloghová said, adding that police patrols will pay increased attention to protecting the polling stations, the regional election commissions and the Central Election Commission on the day of the balloting.

“In cities and villages not only motorised but also pedestrian police patrols will be overseeing public order and should there be a need, other specialised police units will also be ready,” Baloghová added.