Ministry rises from the dead 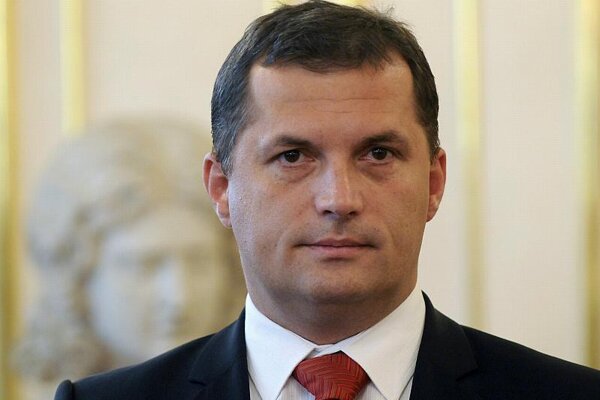 The company argues that the surging purchase price for gas, which is linked to the price of crude oil and the US dollar-euro exchange rate, has forced it to try to increase gas bills. But the Economy Ministry does not appear to share SPP’s concerns and says that the proposal is not backed by actual developments in world prices.

While environmentalists have welcomed the resurrection of the ministry, they remain rather sceptical about how positive any change will be unless it takes the form of an overall reorientation in the government’s approach towards the environment.

The renewal of the ministry and the appointment of a new minister will not bring any change in protection for the environment, said Juraj Lukáč of the nature preservation organisation VLK (Wolf).

“The quality of nature protection is in a fundamental way defined first of all by laws and those are under the authority of the Slovak Parliament and MPs,” Lukáč told The Slovak Spectator. “The environment minister is only a state servant who keeps watch over respect for these laws. Practice has shown that even when environment ministers change as if on a production line, and even during the deletion and return of the ministry, such developments did not impact the essence of the protection of nature and the countryside.”

“The boundaries of the destruction of nature will always be defined by the law and active citizens organised in non-governmental environmental organisations,” Lukáč said. “This country does not continuously need new environment ministers but a new, clear and conceptually clean vision of nature protection.”

Nagy has said he will try to involve the third sector and NGOs in ministerial decision-making processes, and has spoken about creating a so-called “green tripartite”.

Lucia Szabová, spokeswoman for the environmental lobbying group Greenpeace, said that her organisation views the revival of the ministry positively.

“Protection of the environment is a very complex and broad-ranging issue, which impacts the quality of life of each citizen,” Szabová told The Slovak Spectator. “After the renewal of the ministry it is important that it not only exists but that it also works effectively and avoids the mistakes of the past. We cannot predict how the situation will change with the appointment of the new minister, but we hope that the ministry will start fulfilling the tasks which it is supposed to.”

Lukáč added that the job of minister is a political position which guarantees the nominating political party one vote in the cabinet, so he does not believe the person who actually fills the role counts for much.

Greenpeace, however, said that the ministry should be led by someone who is not only a good manager but at the same time has some insight into a wide range of topics under the jurisdiction of the ministry.

Greenpeace also hopes that the attitude of the government towards environmental protection will change and that the ministry will stop being a marginal institution, as it was in the past.

For Szabová, the ministry’s renewal is itself a positive change and she has also welcomed some environment-related statements by the government’s representatives, but she warns that “only actual steps taken by the renewed ministry will show whether it is going to represent a real change. One must say that it is not an easy task because the ministry carries a number of unresolved problems and scandals, which will have to be solved.”

Nagy, whom President Ivan Gašparovič formally appointed on November 2, says he wants to decide by the end of the year how to resolve the Interblue scandal, which involved the sale of Slovakia's carbon-dioxide emissions quotas by the former ministry leadership.

“This is a very complex problem and our legal department is analysing our options at the moment,” Nagy told journalists, as quoted by the TASR newswire.

In a highly disadvantageous deal in late 2008, Slovakia sold national quotas to emit 15 million tonnes of carbon dioxide to a company called Interblue Group at a price of €5.05 per tonne. Neighbouring countries obtained considerably higher prices for their quotas in contemporaneous sales. Interblue Group, whose registered address was a lock-up garage in Washington State, was subsequently dissolved and its assets reportedly transferred to another company, Interblue Group Europe, registered in Switzerland.

A clause in the original contract stipulated that if Slovakia spent the funds from the original sale of quotas within the ‘Green Investment Scheme’ (GIS) for environmental projects, the country would be eligible for a bonus payment of €1 per tonne. However, the same contract also included an option for Interblue Group to buy further Slovak quotas, to emit 35 million tonnes of carbon dioxide, at the original price of €5.05 per tonne.

According to Nagy, if the €15-million bonus, which the ministry asserts Slovakia has qualified for, is not paid, the whole matter will become a criminal matter, TASR wrote.

Nagy meanwhile proposed Branislav Cimerman as his new state secretary; his appointment was agreed by the government on November 3. Nagy said Cimerman has three diplomas in the environmental field and that for more than a year he had worked as director general of the section for environmental quality, Sme wrote.

When Smer, the Movement for a Democratic Slovakia (HZDS) and the SNS divided up power after agreeing to form a coalition in 2006, the Environment Ministry went to Ján Slota’s SNS, opening the door to a series of scandals.

The first SNS minister, Jaroslav Izák, was sacked on July 22, 2008, for what Prime Minister Robert Fico called “unethical conduct”: he cited a Sk200,000 (€6,638) subsidy that went to the mother-in-law of the head of the Environment Office. Next was Ján Chrbet, under whose management the Interblue deal was arranged. He remained in office for less than a year. His successor, Viliam Turský, stayed barely long enough to warm the ministerial chair before he and the SNS were banished from the Environment Ministry as the quotas scandal dragged on and other crises erupted.

The then-deputy prime minister for a knowledge-based society, European affairs, human rights and minorities, Dušan Čaplovič, was placed in charge of the ministry in August 2009 and was expected to do some crucial cleaning up. The fifth environment minister to serve in the cabinet was Jozef Medveď, a nominee of Smer.