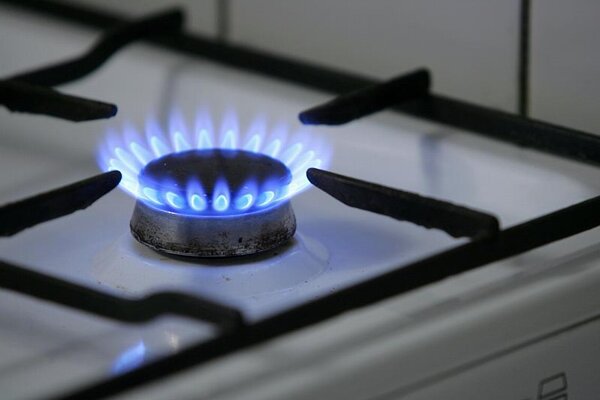 The company argues that the surging purchase price for gas, which is linked to the price of crude oil and the US dollar-euro exchange rate, has forced it to try to increase gas bills. But the Economy Ministry does not appear to share SPP’s concerns and says that the proposal is not backed by actual developments in world prices.

The state owes its power to control SPP price rises to the previous government of Robert Fico, which manufactured a law that requires that in addition to the supervisory board, on which SPP’s foreign shareholders have a controlling vote, the general assembly of shareholders, in which the state has a majority, must approve price-hike proposals by the company.

The current economy minister, Juraj Miškov, said in late September that he intends to scrap this regulation, perhaps by the end of the year. But this did not stop the government from using Fico’s tool to prevent a rise in gas prices. Miškov had earlier said he saw no reason why the state should intervene in SPP’s pricing policies, according to the financial daily Hospodárske Noviny.

SPP’s attempts to raise its prices for households are part of a long-running saga and local media outlets have speculated that Slovakia might face arbitration over the issue.

The state holds a 51-percent stake in SPP through the National Property Fund and the consortium Slovak Gas Holding, consisting of E.ON Ruhrgas and GDF SUEZ, controls the remaining 49 percent.

SPP has tried unsuccessfully to get its gas prices raised several times so far this year. In a routine move, the state regulator, the Regulatory Office for Network Industries (ÚRSO), turned down on October 13 SPP's last price hike request for 2010, thereby blocking the company’s plans to charge Slovak households 37.2 percent more for their gas consumption and 48.9 percent more for the gas used for heating as of December, 2010.

Earlier that month, on October 11, ÚRSO rejected a proposal that the gas utility delivered to the regulator to increase the price of gas to households by 7.5 percent and the price of gas used for heating by 10.1 percent as of November 1. ÚRSO stated that the company failed to provide complete underlying documentation, even after repeated requests for SPP to do so.

SPP has described ÚRSO’s multiple “no’s” as mistaken. Achim Saul, chairman of SPP’s board of directors, said in a release that the company’s losses in regulated gas distribution will reach about €80 million in 2010 on the basis of the latest crude oil price and the dollar-euro exchange rate.

The company also argued that no business can afford to sell goods below the level of its own costs. Yet it seems that these arguments will not change the government’s mind when it comes to gas prices. Referring to the latest price proposal, blocked by the general assembly, Robert Merva of the Economy Ministry told Hospodárske Noviny that the consumer cannot be made to pay for bad business by SPP. He also explained that the ministry has not abused the Fico-made legislation, adding that under the law the state is obliged to take a stand on a price proposal.

However, SPP claims that its recent price hike proposal was based on sound economics.

The proposed gas price for households for 2011 was based on the actual status and assumed development of key factors impacting the purchase price of gas: the price of oil and the euro-dollar exchange rate, Ondrej Šebesta, SPP’s spokesman, told The Slovak Spectator.

Meanwhile, former economy minister Ľubomír Jahnátek said in an interview with Hospodárske Noviny that SPP is adjusting the economic results for its own benefit and that there is only one business policy: “markets for large and small consumers cannot therefore be separated: this is why it needs to be judged as a whole, as one market. And on this [measure] SPP isn’t losing money, but making a great deal.”

Šebesta explained that in the European Union’s unified energy market, while there are fundamental differences in the rules between particular member states, equal rights and duties are placed on regulated subjects and consumers of electricity and there are no obstacles to cross-border cooperation. Consumers should be able to pick from among several suppliers of energy, he added.

As of 2007, all consumers in Slovakia are “eligible consumers", meaning that that they can pick their provider of gas; industrial consumers have had such a choice since before 2007, Šebesta said.

“This of course does not explicitly mean that price regulation of supplies for certain groups of consumers should not exist,” Šebesta told The Slovak Spectator. “However, if it exists then it should meet basic attributes, which consider all the real costs linked with supply, mainly the expenses of the commodity, transportation, distribution and storage, etc. It is not possible for suppliers in a regulated market to supply energy at prices that do not consider these facts.”

The law obliges gas suppliers to keep separate books – a separate registry of expenses, revenues, assets and liabilities – and to define rules for planning of liabilities for the supply of gas to households and for other activities that the supplier undertakes within its business, Šebesta stressed.

The last time gas prices for households changed was at the beginning of this year, when they were decreased by 5.13 percent on average, according to SITA. On average, this drop reduced the annual bill for households using gas for cooking by about €2. Households that also use gas for heating should have seen a decrease of about €87 in their annual gas bill.