English required for more than half of advertised jobs

A DECADE ago applicants who in addition to their mother tongue were fluent in English or German enjoyed a competitive advantage in the labour market. Yet two decades after Russian was scratched from the list of mandatory classes at elementary and high schools, it seems that speaking English is no longer a competitive advantage but in many cases a basic requirement for getting certain jobs. 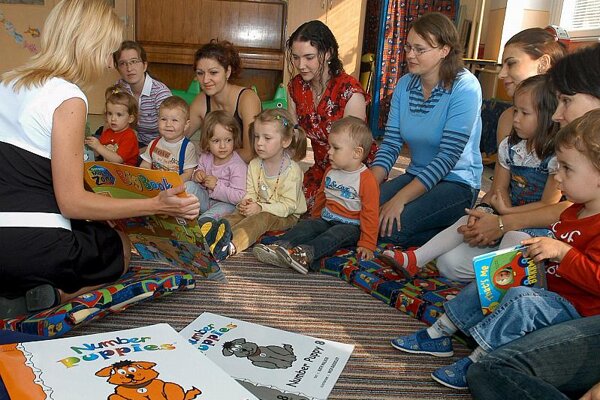 It is worth learning foreign languages from an early age. (Source: TASR)
Font size:A-|A+  Comments disabled

A DECADE ago applicants who in addition to their mother tongue were fluent in English or German enjoyed a competitive advantage in the labour market. Yet two decades after Russian was scratched from the list of mandatory classes at elementary and high schools, it seems that speaking English is no longer a competitive advantage but in many cases a basic requirement for getting certain jobs.

In the first half of this year, employers required knowledge of at least one foreign language for 62 percent of jobs offered. The most sought-after was definitely English, followed by German, according to data provided by the online jobs portal run by Profesia.

Employers required English in 56 percent of job offers, while German followed in 16 percent of offers. The third most sought-after foreign language was Hungarian, in 2 percent of offers, followed by world languages such as French, Italian and Russian, Profesia.sk reported.

Employers have much stricter expectations in terms of foreign-language skills when hiring people for higher managerial and specialised positions than they did in the past, Martin Krekáč, chairman of the Jenewein Group told The Slovak Spectator.

“It is mostly linked with the presence of the higher number of foreign companies in the Slovak market and with the trend of increasing the requirements for the language level of employees, whose work, even though it is for Slovak companies, requires more or less active usage of foreign languages for example in contacts with foreign partners, during foreign trips or further education,” Krekáč said.

While during the hiring process a whole range of criteria is being assessed, the knowledge of a foreign language can reveal further important dimensions of an applicant’s personality: the effort and ability to learn, an active attitude to life, and the desire to learn about new things and countries, Krekáč added.

The Slovak government is aiming to make English one of the obligatory foreign languages taught in Slovak elementary schools following the Slovak Parliament’s approval of related legislation on September 22.

Education Minister Eugen Jurzyca intends to change the public education programme so that English becomes obligatory for 3rd-graders as early as September 2011, the SITA newswire wrote.

According to Krekáč, unlike the older generation, young people speak English relatively well. The level of their English in many cases is advanced, especially if they attend a good-quality high school and their parents invest in their education and foreign-language training.

“We are heading towards the knowledge-based economy, which should be built on a good education and which subsequently offers stability and a wider portfolio of working options,” Krekáč said. “We already have to think about our children and thus we have to get English as mandatory training into elementary schools; sooner is better.”

Nevertheless, Profesia also suggests that people in Slovakia already speak English to a wider extent than firms advertising jobs require. However, the job portal in this survey does not differentiate between different types of professions.

“For example, 66 percent of people declared a knowledge of English in their CVs, while companies require it in 56 percent of job offers,” said Lucia Burianová of Profesia.

Burianová said that there is a difference between supply and demand even in the case of German, since 48 percent of people say in their CVs that they can speak it while only 16 percent of job offers require it.

According to Krekáč, employers’ demands for candidates to have language skills are related to two factors: the corporate language and the language that is being used in relation to trade and other partners. If these two factors merge into one language, a candidate who speaks one tongue has the same chance of being hired as another who speaks two, he added.

However, Krekáč stressed that a common denominator remains a requirement for active knowledge of English, which means that candidates should be able to use both professional and non-formal English with good grammar.

Knowledge of the English language, it seems, is no longer a competitive advantage but rather a basic requirement for specific jobs.

“If candidates have the ambition to get interesting work with the use of a foreign language, they must have suitable knowledge of that foreign language at the time they apply for the job,” Krekáč said. “Planning to improve one’s language skills via the job for which one is applying tends to reduce [a candidate’s] plus points rather than adding to them. Knowledge of languages is a gateway to a world of possibilities and competition in the labour market has been growing.”

Their knowledge of foreign languages is only one criterion used to select a candidate, according to Krekáč.

“It is possible that we find a candidate with suitable language skills but his or her profile lacks relevant experience and education, or the candidate is not suitable for the employer in terms of the structure of his or her personality,” said Krekáč. “Of course, candidates without any knowledge of foreign languages can get a job. But the job will equate to what they are able to offer.”