THE CORPORATE element of the banking sector has been improving lately, in line with the recovery of Slovakia’s economy. Banks report increased interest from businesses in loans, mainly short-term ones. And even though Slovak banks have never complained about widespread defaults on corporate loans, the situation in this area is also improving. 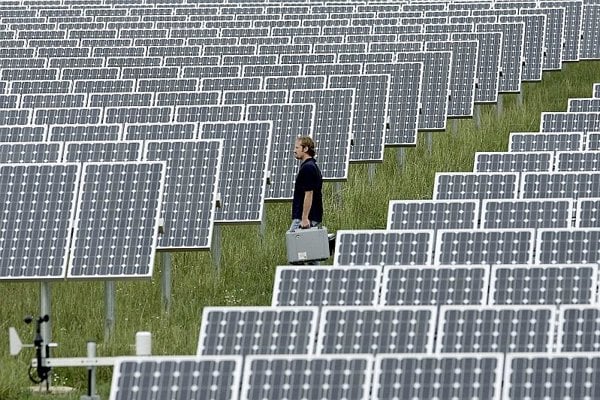 THE CORPORATE element of the banking sector has been improving lately, in line with the recovery of Slovakia’s economy. Banks report increased interest from businesses in loans, mainly short-term ones. And even though Slovak banks have never complained about widespread defaults on corporate loans, the situation in this area is also improving.

“During the crisis the interest of business entities in long and medium-term investment loans definitely decreased,” Marcel Laznia of the Slovak Banking Association (SBA) told The Slovak Spectator, adding that this was linked to an excess of unused production capacity. “By contrast, along with the gradual revival in foreign demand, interest in short-term operating loans has been gradually increasing.”

In terms of the size or location of companies seeking loans SLSP does not see any fundamental differences. However, when their fields of operation are taken into consideration, SLSP is recording the most interest from companies in food production, the electro-technical and machinery engineering sectors, wholesale, and renewable energy, according to Frimmer.

Tatra Banka registered a drop in corporate loans last year. It ascribes this decline mainly to low demand from companies themselves, but partly to the tightened terms demanded by the banks .

“The total volume of loans provided to legal entities began to decrease in February 2009 and in December was at the September 2008 level,” Tatra Banka spokesperson Boris Gandel told The Slovak Spectator. “Most corporate loans are short-term, i.e. up to one year, and their volume is closely connected to the volume of production and sales. Thus the drop in industrial production and corporate sales in 2009 clearly contributed to the decrease in the volume of loans. In 2010 we have registered a revival in production and logically also an increase in demand for loans from the side of companies.”

Tatra Banka has noted increased interest from manufacturing companies, companies active in the energy sector and from facility management companies, due to the reconstruction of apartment blocks.

“However, the growth of most industrial branches is based on an increase in confidence and then by consumption in other EU countries, which is closely connected to the revival of the business sector in Slovakia,” said Gandel.

“In particular, these include construction of infrastructure, which was the main driving force for the construction sector during the crisis,” Zuzana Ďuďáková, spokesperson for UniCredit Bank, told The Slovak Spectator, adding that others included financing of so-called green projects, for example photovoltaic power stations and renewable energy sources such as biogas, biomass and others.

The experience of Dexia Banka Slovensko is that client enquiries about financing for large investment projects have decreased. If they plan investment projects, such as for reconstruction or purchase of new technologies, purchase or construction of administrative or headquarters buildings, or construction or extension of production premises, these are usually divided into phases and companies now more fully consider their ability to pay back the loans and the return on the investment, Marcela Balogová, the director of the department for financing of small companies told The Slovak Spectator.

“I would say that clients have become more cautious, towards themselves as well as towards their businesses,” said Balogová, adding that Dexia Banka has recently received more requests for operating loans to cover purchase of materials for existing orders or refinancing of claims. The bank registers longer periods of payments.

The crisis brought worse payment discipline, leading to secondary insolvency and failure to repay corporate loans to banks. But here some signs of improvement are visible. In general, banks take an individual approach either to business entities having problems repaying their loans or to companies applying for loans.

In Slovenská Sporiteľňa settlement of loans corresponds with the situation in the Slovak as well as the global economy, and the position of Slovak business entities on the market.

“Where clients have problems repaying their loans we approach each case individually,” said Frimmer. “We look for a solution on the basis of a detailed analysis of the problem and the reasons behind the worsened situation in the companies. But compared with last year we do not see considerable swings in settlement of corporate loans.”

Tatra Banka reports an improvement in the ability of companies to settle their loans, but, according to Gandel, some companies continue to face secondary insolvency.

Banks do not report any significant tightening of criteria when deciding whether to provide a loan or not. But they look more carefully at submitted data and while in the past they put more stress on past results, they now also eye future prospects and signed orders. They also use various registers to check the payment discipline of clients. These include a register of bank loans and guarantees managed by the National Bank of Slovakia; a commercial register of failed payers – the so-called universal register; registers of executions and bankruptcy proceedings; the register of the social security provider; and others.

According to Frimmer, SLSP has not changed its criteria for assessing applications by companies for loans. SLSP uses the credit register, which provides it with information about payment discipline of companies towards other banks. SLSP then takes into account also whether the business is meeting its obligations towards those other banks.

Regarding terms for corporate entities, Tatra Banka now puts more stress on the quality of the information that borrowers submit. In the past the bank put more stress on companies’ past performance because of general optimism about future growth.

“Now the main stress is put on future expectations,” said Gandel. “It is best when this is already supported by signed contracts.”

When deciding whether to provide a loan to a company, UniCredit Bank assesses, apart from dynamic and static indicators, the ability of the company to generate sufficient cash flow. Banks also need to trust in a company's business model as well as its plans for the future.

“The client should be ready to participate in the risk [linked to financing] along with the bank by investing its own resources, or through a suitable guarantee,” said Ďuďáková. “Compared with the pre-crisis period, in most cases our bank’s criteria have not changed. The bank has increased requirements for how much of its own resources a company should invest, the quality of the location of the investment, as well as the project itself.”

Dexia Banka is especially interested in the position of the client in the market, its perspectives, the support and experience of the owner, invested capital, and the long-term ability to generate cash flow and profit when deciding on a loan application.

“There is a long list of assessed criteria and compared with the pre-crisis period these are assessed in a more austere way,” Dušan Haliena, the head of the department of commercial banking development at Dexia Banka, told The Slovak Spectator. He added that the bank must be convinced that the client is strong and has good prospects.