The weekend of October 30 and 31 closed the 2010 mountain hiking season for tourists in Slovakia’s Tatra National Park. All hiking trails were closed for winter on November 1 as the Tatras are preparing for skiers who are allowed mostly only on regulated ski slopes, with exceptions made only for ski alpinists. 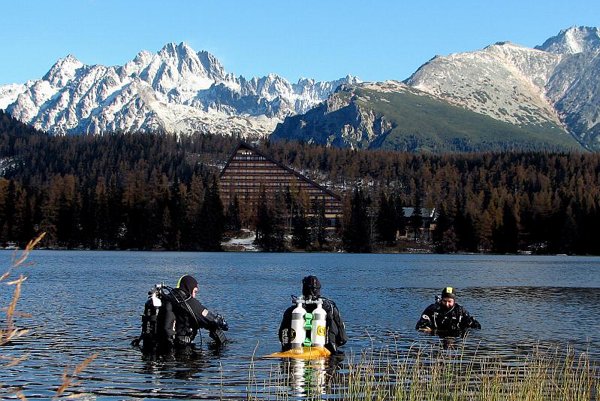 The weekend of October 30 and 31 closed the 2010 mountain hiking season for tourists in Slovakia’s Tatra National Park. All hiking trails were closed for winter on November 1 as the Tatras are preparing for skiers who are allowed mostly only on regulated ski slopes, with exceptions made only for ski alpinists.

“The reason for the annual seasonal closure of the marked hiking paths in Tatra National Park (TANAP) is prevailingly the protection of rare species of fauna and flora and protection of nature, especially when the snow cover is thin,” Marián Šturcel, the spokesman for the TANAP State Forests told the ČTK newswire. The park rangers have closed 32 stretches of marked hiking routes above the mountain cabins in the High Tatras as well as in the Western and Belianske Tatras.

The head of the Mountain Rescue Service, Jozef Janiga, said that even in late autumn, a mountain trip with appropriate equipment can be a wonderful experience. “The Tatras are beautiful in every season, certainly also in November, but one should bear in mind safety – there is already snow in the saddlebacks.” Except for the cabin under the Rysy mountain range (Chata pod Rysmi) all other cabins will remain open. Between November 1 and December 21, the Tatras will also be closed to mountain climbers and ski alpinists who only from December 22 until April 15 will be allowed to pursuer their interests. Even then they are expected to only traverse on marked routes. Those interested in more complete information should consult the park’s website at www.lesytanap.sk.

In September media reported that naturalists at the park announced the discovery of a new small mountain lake in the High Tatras which they first observed in 2008. “We have watched for two years [to decide] whether it is a real lake or just a puddle,” Pavol Majko, the head of TANAP’s administration told the SITA newswire. The small lake lies between the Zelená dolina (Green Valley) and Žabia Javorová dolina (Frog Maple Valley) at an elevation of 1,489 metres, is oblong and when there was minimal rainfall it had a circumference of 48 metres and was about half a meter deep. The maximum depth measured so far is 1.05 metre. Although situated in a depression of glacial origin, it is probably not a typical glacial lake like most in Tatras. Since it has no visible inflow or outflow officials of the park want to continue to observe the lake, which could be a rarity in the region. One lake in the Tatras that emerged due to human activities is Štrbské Pleso but park officials said it is quite rare for a new lake to be discovered in the Tatras.