ERNEST Valko, a lawyer who played a central role in framing several crucial post-communist laws which set the course of Czechoslovakia and then Slovakia after the Velvet Revolution, was shot dead late on November 8. His killing has attracted intense interest in the Slovak media; politicians, lawyers and other public figures have expressed their shock at his death, commenting that Slovak society will feel his loss. 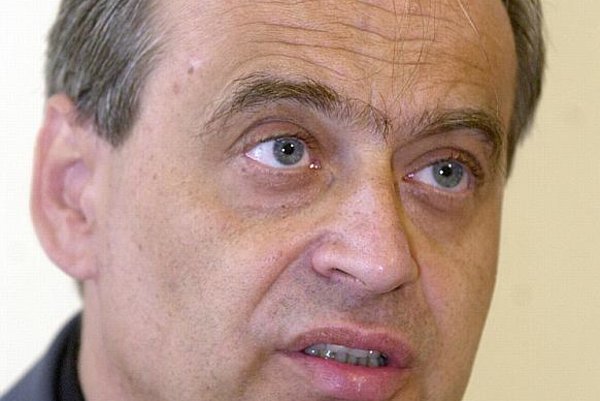 ERNEST Valko, a lawyer who played a central role in framing several crucial post-communist laws which set the course of Czechoslovakia and then Slovakia after the Velvet Revolution, was shot dead late on November 8. His killing has attracted intense interest in the Slovak media; politicians, lawyers and other public figures have expressed their shock at his death, commenting that Slovak society will feel his loss.

Valko was shot dead in his home in Limbach, near Bratislava. His body was found in the living room of his house at 22:45 on November 8 by his ex-wife and daughter, who reported their discovery to the police, Police President Jaroslav Spišiak told the media. Both Spišiak and Interior Minister Daniel Lipšic immediately went to the scene.

“A single shot killed the victim, causing damage to the heart and lungs,” Spišiak said, as quoted by the SITA newswire.

Lipšic did admit that the weapon used to kill Valko had not been identified but confirmed that two shotguns that Valko kept legally in his house were missing. Lipšic, who knew Valko personally, said the lawyer had not indicated that he feared for his life, even on the day of the killing.

“The violent death of Ernest Valko is a shocking and disturbing event,” Prime Minister Iveta Radičová said, adding that she hoped the case would be resolved quickly.

The Slovak Bar Association also expressed its hope that society would learn the whole truth about the tragedy.

According to the association’s Naďa Ondrišová, Valko stood for qualities such as independence, professional confidence and advocating clients’ interests within the framework of the law.

Former interior minister Robert Kaliňák said that the police should concentrate on catching those responsible and bringing them before a court, and that only once that was done should one speculate about motives because these could range “from accidental surprise of thieves, to murder which might be linked to his work”, the Sme daily wrote.

Security analyst Milan Žitný suggested that the murder showed that “Balkan-type banditry has not left Slovakia yet. I have in mind the eastern-type banditry where conflicts are resolved this way”.

Václav Havel, the former president of Czechoslovakia and later the Czech Republic, was quoted by Sme as saying that he was deeply shaken by Valko’s murder: “We knew each other very well from the early 90s, when we cooperated closely at the federal level. I know him as kind and reliable man and a good lawyer.”

He added that civilised parts of Europe do not know such methods of settling “debts”, suggesting that this is an attribute of post-communist countries which have not yet overcome their past.

Valko, who was born on August 10, 1953, in Spišská Nová Ves in north-eastern Slovakia, was one of Slovakia’s most prominent lawyers. He did not follow the path of his lawyer father to begin with, instead studying chemistry. However, he was later forced to give this up due to health problems and began studying law at Comenius University’s law school in Bratislava, graduating in 1977 and receiving a doctorate in 1979.

He specialised in commercial and constitutional law, and took part in the post-1989 drafting of some of the basic documents of the state, including the Bill of Basic Rights and Liberties, and the Commercial Act. Valko also served as a coordinator for the first draft of Slovakia’s post-communist constitution, which was prepared within the Czechoslovak federation in 1991 but which never came into effect because of the break-up of Czechoslovakia.

Valko also served as president of the federal Czechoslovak Constitutional Court in 1992. He was close to the current ruling coalition parties, especially the Slovak Democratic and Christian Union (SDKÚ), and represented Finance Minister Ivan Mikloš in a long-running case against Smer leader Robert Fico, according to the SITA newswire. In September this year, after a case lasting almost eight years, Fico was ordered by a court to apologise to Mikloš.

In August 1998 Valko represented the Central Election Commission in a crucial case brought by then-prime minister Vladimír Mečiar questioning the eligibility of the opposition SDK to stand in that year’s parliamentary elections. He won the case, allowing the SDK to participate and thereby unseat the quasi-authoritarian Mečiar government.

In 2006 Valko ran in the parliamentary elections as a candidate for the Civic Conservative Party (OKS) but the party failed to attract the five percent of votes needed to secure seats in parliament.

In early November 2010, Valko was appointed to the supervisory board of the gas utility Slovenský Plynárenský Priemysel (SPP).

Valko was widely known for his work on a case involving so-called Ducký notes. Ján Ducký, general director of SPP in the late 1990s, allegedly signed at least 24 controversial promissory notes, some of whose holders later tried to use them to demand billions of Slovak crowns from the state. Ducký himself was murdered on January 11, 1999. The circumstances surrounding his death have never been explained. Valko represented SPP, which was at the time owned by the state, in the case.

Most recently, Valko represented the state-owned lottery company Tipos in another multi-million-euro case. Tipos was sued in 2000 by the Czech lottery firm Športka for what it called unauthorised use of lottery trademarks and business practices, and consequent loss of earnings. Športka eventually won significant damages but sold its claim to Cyprus-based firm Lemikon Limited, Sme reported. Tipos signed a deal with Lemikon and paid Sk400 million (around €13 million) to the company, but after Slovakia’s prosecutor filed a special appeal, the parties cancelled the agreement and recommenced legal action, with Valko representing the state.

Valko, together with entrepreneur Ladislav Rehák, spent three days in custody in November 2006 after police accused them of forcing two men they said had cheated them of Sk15 million to sign a statement acknowledging the debt in front of a public notary. Police seized computers from Valko’s office that were unrelated to the investigation, but that contained sensitive information about cases that Valko had fought, among others the Ducký notes case. In 2007, a prosecutor ruled that the police had committed procedural errors in their search of Valko’s office. All charges against him were dropped in 2008.