THERE might be some better times dawning over Slovakia’s business environment, as judged by the “cautious optimism” that business leaders in Slovakia expressed in the third quarter of the year. 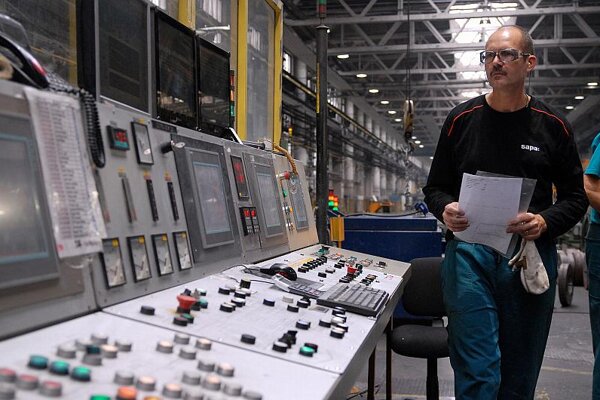 THERE might be some better times dawning over Slovakia’s business environment, as judged by the “cautious optimism” that business leaders in Slovakia expressed in the third quarter of the year.

Their hopes have been buoyed by steps already taken by the government of Iveta Radičová as well as by its announced plans for the coming years. Foreign investors are particularly optimistic about the government’s steps to bring more transparency to the public procurement process even though they say even more comprehensive reform is needed.

Businesses expressed less enthusiasm about ideas presented by the government on mandatory payroll taxes but did salute the government’s efforts to bring public spending under control through its austerity programme.

The overall perception, as measured by the most recent Business Environment Index prepared by the Business Alliance of Slovakia (PAS), showed the first increase in business optimism in quite a long time with a 0.39 percent year-on-year increase and the index rising to a level of 91.9 points for the third quarter of 2010.

Markus Halt, the spokesman for the German-Slovak Chamber of Industry and Commerce, said he saw signs of cautious optimism in the first quarter of this year when his chamber surveyed German investors in Slovakia about their business expectations for 2010.

“Since then the share of optimists has increased, especially regarding the prospects for industrial production,” Halt told The Slovak Spectator.

According to Halt, external demand recovered throughout the year and has helped Slovakia’s industrial sector to again approach its pre-crisis production levels. He added, however, that domestic demand has remained weak.

“The business community expects some improvements from the new government in creating conditions for doing business,” Halt said. “This might have partially caused the slight increase in the latest Business Environment Index. But the driving force in our opinion is the recovery of export markets.”

Robert Kičina, the executive director of PAS, stated that the slightly higher optimism among businesses about their environment can be interpreted as a sign of trust by business leaders in the new government and its declared determination to improve business conditions.

“This trust stems from both the programme of the government, which businesses mainly assessed positively, and also from some specific steps that the government has taken in the first months of its term,” Kičina told The Slovak Spectator.

The World Bank, in its Doing Business 2010 report, wrote that Slovakia offers the best conditions for business among the countries of the Visegrad Four – the Czech Republic, Hungary, Poland and Slovakia. The bank’s study was released in early November based on data from June 2010.

In terms of the ease of doing business Slovakia ranked 41st among 183 countries in the World Bank’s eighth annual report benchmarking government regulations that enhance or constrain business activity. The Czech Republic ranked 63rd, Hungary 46th and Poland dropped to the 70th position in the 2010 report. Singapore, Hong Kong, New Zealand, Great Britain and the US held the top five positions.

“Against the backdrop of the global financial and economic crisis, policymakers around the world took steps in the past year to make it easier for local firms to start up and operate,” stated Doing Business 2010, adding that “this is important”.

The report noted that while some economies were hit harder by the crisis than others, “how easy or difficult it is to start and run a business, and how efficient courts and insolvency proceedings are, can influence how firms cope with crises and how quickly they can seize new opportunities”.

The report enumerates that between June 2009 and May 2010 governments in 117 countries implemented 216 business regulation reforms making it easier to start and run businesses, enhancing transparency and property rights or improving the efficiency of commercial dispute resolution and bankruptcy procedures, adding that more than half these policy changes eased the start-up process, trade procedures and payment of taxes by businesses.

The business community in Slovakia has also been sympathetic to the new government’s effort to trim public expenditures.

“We appreciate the government’s commitment to consolidating public finance,” Halt said, adding that the current annual deficit level is far too high for any government to maintain.

Halt said the business community appreciates the new requirement that all public tenders will be published on the internet, beginning in 2011, describing this as “a first step in increasing transparency in procurement by the public sector”.

“However, the government should not slow down in comprehensively reforming the system of public procurement,” Halt said. “The Ministry of Justice has joined in an open dialogue with the foreign chambers of commerce on this topic.”

The German-Slovak chamber also welcomed the recently announced plans to reform Slovakia’s system of investment incentives. The Ministry of Economy has stated that a new law will make the process of granting incentives more transparent, Halt said.

“In our opinion it is also important to consider the criterion of unemployment in the area of investment destination [decsions] more globally, including neighbouring regions,” said Halt.

Within the overall business environment index, Kičina said that business leaders’ assessment of the economic policies of the state and accessibility of information had the largest increases in the third quarter index. He added that he believes the positive response regarding the state’s economic policies stems from the austerity measures undertaken by the government to control spending while the better perception of accessibility to information comes primarily from the determination to publish state tenders and contracts.

Under the government’s new procedures contracts for goods and services will not become valid until they are posted online, allowing the public and watchdog groups as well as participants in tenders to thoroughly examine the numbers and conditions of the contracts.

“We saw the second biggest drop in the assessment of the financial discipline of business partners – this is connected with the crisis that is coming to an end and with poor management by some companies, but it also is due to the low enforceability of laws in Slovakia,” Kičina said.

Changes in Slovakia’s Labour Code are one of the most important and pressing topics for the business community, Halt said.

“The changes in legislation made by the previous government took flexibility from the labour market and thus decreased incentives for expansion of employment,” Halt told The Slovak Spectator.

The German-Slovak Chamber of Industry and Commerce published a six-point plan earlier this summer. The proposed changes included improving conditions for flexible working time, reducing the costs of terminating employees, and abolishing the simultaneous drawing of old-age pensions and wages for pensioners who are employed, according to Halt.

“As the labour market has not benefitted from the current economic boom at all, more flexible labour legislation could lay the ground for higher employment,” Halt said.

In response to its proposals, Labour Minister Jozef Mihál invited the chamber to personally discuss these issues with him and the chamber will provide the ministry with best-practice examples from labour legislation in Germany and other countries, Halt reported.

Trade unions and employers have already tabled some opposing proposals in their initial discussions in October about changes in labour legislation: trade union leaders are calling for a reduction in overtime hours and shortening of regular weekly working hours while employers want more flexible working hours and would like to erase requirements for pay during a layoff notice period as well as for severance pay.

Kičina said he considers as essential the elimination of the requirements for pay during the layoff notice period and severance pay, curbing the powers of trade unions representatives relating to companies’ operations, and more flexible conditions for fixed-term employment contracts.

“I also consider it important to keep the extent of overtime work and the length of the working week in today’s form,” Kičina added.