THE OLDEST preserved distillery in Slovakia is in Stará Ľubovňa say historians, who discovered in October a very detailed document about distilling alcohol in Slovakia that they say confirms their assertion. 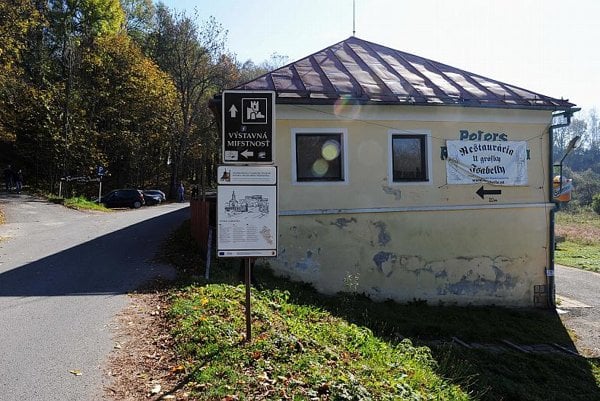 The building of the original distillery. (Source: TASR)
Font size:A-|A+0

THE OLDEST preserved distillery in Slovakia is in Stará Ľubovňa say historians, who discovered in October a very detailed document about distilling alcohol in Slovakia that they say confirms their assertion.

Miroslav Števík of the Ľubovňa Museum found archival documents indicating that the distillery in Stará Ľubovňa was built around the middle of the 18th century, making it more than 100 years older than the oldest registered distillery in the United States that produces the world-famous Jack Daniels whiskey. Other old distilleries in Slovakia are those in Holíč and in Spišské Vlachy but both of these emerged only at the end of the 19th century or at the beginning of the 20th century.

“Based on the records dating back to 1747, part of the rye harvest was given to the “gorzelniks” who then made “gorzalka” – the general name for spirits made of wheat and other grains,” Števík told the TASR newswire. He found a precious document which records not only the time period of the founding of the distillery but also provides detailed descriptions of exactly where and from which grains spirits were distilled 250 years ago.

The old stone-walled distillery belonged to the owners of Stará Ľubovňa Castle and is among the most unique constructions in Slovakia, according to Števík. The distillery was described in the Great Hungarian Geography Dictionary in 1851 as a four-room building with water piping, a well, and a room for cleaning the grains used for distillation. The foundations of the distillery can be seen under the castle and with all probability it is the oldest preserved building of its kind in Slovakia, said Števík.

Sigismund of Luxembourg gave sixteen towns in the Spiš region to Poland in the 15th century, including Stará Ľubovňa, and the history of the town is closely connected with that country since its Polish status continued until 1772.

Števík presumes the distillery was opened in this period and that Stará Ľubovňa distillers drew experience from Poland.

The distilling tradition gradually moved from within the castle to the town centre thanks to the efforts of the Morgenbesser family. Good-quality spirits continue to be distilled in Stará Ľubovňa.