Yearning to interconnect business and academia

THE INTERCONNECTION of business and academic institutions in Slovakia is something which has not reached the level desired by the academic community, companies or the state. But even though all the involved parties are aware of the benefits this interconnection can bring to individual participants as well as to the whole of society, Slovakia will have to wait a while longer to achieve the desired state of affairs. The most frequently cited reasons for the current situation are lack of money and lack of systemic support from the state. Nevertheless, despite the sub-optimal conditions, there are some positive examples of interconnection between business and academia and of transfer of technology. 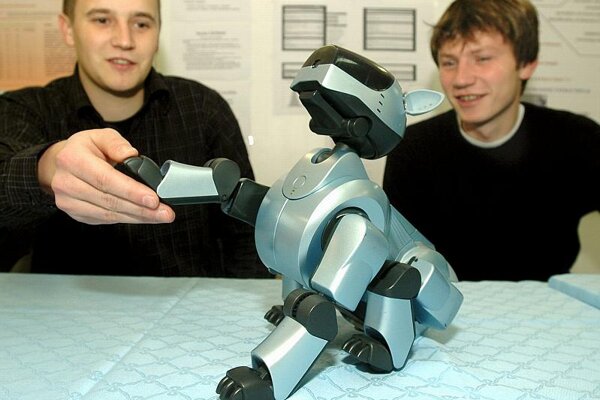 THE INTERCONNECTION of business and academic institutions in Slovakia is something which has not reached the level desired by the academic community, companies or the state. But even though all the involved parties are aware of the benefits this interconnection can bring to individual participants as well as to the whole of society, Slovakia will have to wait a while longer to achieve the desired state of affairs. The most frequently cited reasons for the current situation are lack of money and lack of systemic support from the state. Nevertheless, despite the sub-optimal conditions, there are some positive examples of interconnection between business and academia and of transfer of technology.

Principally there are two well-tested basic mechanisms to interconnect business and academia, according to Martin Bruncko of Neulogy, a company which brings together experts to find complex solutions in the areas of research, development and innovation. The first is to support this interconnection with public money. The state can prepare programmes for financing development and research in which it sets as a condition that the beneficiary company has to cooperate with academic institutions. This approach can make companies realise how beneficial this cooperation can be for them and that it is worth starting long-term cooperation, Bruncko said in an earlier interview with The Slovak Spectator.

The second way to support interconnection is by technology transfer. By this route, universities and companies jointly find ways to use the results of research and development (R&D) in practice and find commercial applications for them.

“In Slovakia the interconnection between business and academia is actually in nappies,” Bruncko told The Slovak Spectator. “In principle, it is only starting, even though there are already some very nice examples of cooperation.”

Bruncko listed as an example IBM, which is launching its own research centre with the Slovak Academy of Sciences and Slovak University of Technology (STU) in Bratislava. And there are more such companies launching research and development centres with universities.

Bruncko sees as the latest, best examples of cooperation the so-called competence centres being built using EU structural funds for science. The aim of the competence centres is to concentrate experts in specific fields and bring together experts from academic institutions as well as commercial companies. According to Bruncko, competence centres already exist which cluster top Slovak technical universities as well as the Slovak Academy of Sciences (SAV) and companies like Enel, E.ON, Siemens and many others.

“There are examples of excellent projects, which may bring very interesting results,” said Bruncko.

In Slovakia there are already universities with examples of successful transfers of technology, for example the Slovak University of Technology in Bratislava (STU) and the Technical University of Košice (TUKE).

Anton Čižmár, TUKE’s rector, presented two such examples to The Slovak Spectator. The first was linked to usage of mobile phones and the second to ore processing.

“Nowadays mobile phones are part of our everyday life and many of use have taken a liking to services provided via natural speech with the mobile,” said Čižmár. “The dialogue with your mobile can provide you with information about good weather forecast for the next weekend and following that you get an idea to spend it in the High Tatras and thus ask for trains and useful contact telephone numbers to book accommodation. All these services provided by the telecom company T-Com are a result of a successful transfer of the results of research in the field of voice services secured by the Faculty of Electrical Engineering and Informatics at TUKE.”

The second example involves integrated heat aggregate, which was successfully tested and is now used to process magnesite ore in MZ Jelšava, the key producer of magnesite refractory products in EU. Researchers from TUKE’s Faculty of Mining, Ecology, Process Control and Geotechnology last year received the “Innovation Act of 2008” award from the Slovak Economy Ministry for this, according to Čižmár.

“Both cases have in common the fact that they were reached via research and development projects supported especially from public resources provided via the Education Ministry or the Slovak Research and Development Agency and partly via joint project finances from the partner commercial company,” said Čižmár. He added that these examples of successful research helped the research teams to join European research projects financed within FP7, the Seventh Framework Programme for research and technological development which represents the EU’s chief instrument for funding research in the 2007-2013 period, and along with this they significantly contributed to realisation of projects creating research centres of excellence at both faculties.

According to Čižmár, it is difficult to assess the effectiveness of the transfer of R&D results into practice in comparison with experience abroad because the positive results achieved at renowned foreign universities are the effects of long-term systemic support focused on achieving win-win cooperation, i.e. beneficial both for universities as well as for the commercial sector. This leads to better basic as well as applied research via active feedback received from direct cooperation in individual projects but especially in joint laboratories and centres within scientific and technological parks and in cooperation with relevant spin-off companies.

The TUKE rector sees long-term tradition and experience from academic applied research, especially in technical fields and services provided as part of bilateral contract-based relations with organisations and companies, as being behind the successful cooperation of Slovak universities and businesses through Slovak R&D projects. TUKE, which has been creating stable partnerships supported by active cooperation in R&D with the industrial as well as the public sector, is one of the most successful universities in Slovakia in terms of technology transfer. Čižmár sees a number of measures which can improve technology transfer in Slovakia.

“From the viewpoint of academic research, these are measures focused on providing appropriate motivation for researchers and the availability of resources to secure research and development,” said Čižmár, adding that the motivation of researchers is closely connected with the principle and system of assessment of their productivity and their professional growth. ”When compared with most European countries, availability of resources for research and development in Slovakia is limited as a consequence of permanently underfinanced science.”

Čižmár added that thanks to support from EU structural funds the quality and equipment at research workplaces has been improving significantly and that research centres are getting closer to European standards.

Lack of money and support

The lack of funds and the lack of a long-term strategy are most often listed as the reasons for the unsatisfactory situation in interconnection of business and academia, and in transfer of technology.

“In particular, it is the absence of a clear, long-term and goal-seeking strategy for development of research and development,” said Čižmár of TUKE, adding that the Europe 2020 strategy currently provides adequate integrity with the strategy of R&D development within the EU. This should be secured via the EU’s Eighth Framework Programme (FP8). “This strategy is the first inspiration for effective programmes of development of R&D and innovations in Slovakia in line with European trends and programmes. This European programme for development of technology transfer is of key importance for the current structure of Slovakia’s production sphere. Such a formulated and approved development strategy for R&D is the basis for forming the corresponding policy and the concept for development of national systems for technology transfer, which will take into consideration also specific conditions in individual regions of Slovakia.”

Within processes supporting technology transfer it is important to improve, according to Čižmár, the awareness and professional attitude of involved parties, especially in the fields of applying the results of research and development in the commercial sector; progressive usage of intellectual property protection; management of innovation and technology transfer; and forming of attitudes, conditions and relations for mutually beneficial cooperation between research at universities and institutes of the Slovak Academy of Sciences and commercial research on the one side and the social and economic sphere on the other.

Bruncko identifies weak support from the state to be the cause of the biggest shortcomings and problems.

“Very strong support from the state, including financial support, is the key to starting such activities in a country like Slovakia,” said Bruncko, adding that from this point of view Slovakia can be viewed as a less developed country. “Now a certain progress has been achieved in Slovakia via EU structural funds.”

Bruncko added that when the country reaches the point at which cooperation between universities and companies is common, then less state support will be needed. But during the initial phases, when the partners do not know each other well or have any experience of working together, and do not know what to expect, this means too big a risk for companies to start financing such centres themselves.

According to Bruncko, assistance may come from the ministries of education and economy, and that the latter, since the aim of competence centres is to produce practical knowledge, should be involved more. But for now, according to Bruncko, no systemic support is emanating from the Ministry of Economy. But he confirms that there is interest among companies and universities in cooperating and that they are able to do so.