MANY Slovak towns and villages will see their mayors and local councillors move on shortly before the end of this year, following the municipal elections held in Slovakia on Saturday, November 27, 2010. All permanent residents, including foreign citizens, were entitled to take part in the vote but pre-election polls forecast a relatively low turnout. 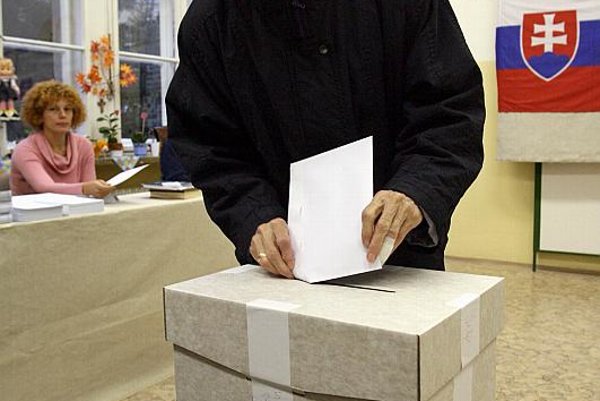 MANY Slovak towns and villages will see their mayors and local councillors move on shortly before the end of this year, following the municipal elections held in Slovakia on Saturday, November 27, 2010. All permanent residents, including foreign citizens, were entitled to take part in the vote but pre-election polls forecast a relatively low turnout.

Wednesday, November 24, was the last official day for campaigning before Slovakia’s municipal elections. Unlike general elections, a moratorium on campaigning, in this case lasting 48 hours, applies to municipal races.

November 24 was also when the number of candidates running in mayoral and local council elections across Slovakia was finalised, as this was the last day when registered candidates were able to forfeit their candidacy and withdraw from the race.

Past experience shows that it is far from rare for candidates to take such a decision. This year in Slovakia’s biggest cities, for instance, the number of candidates actually running shrank significantly before the November 24 deadline.

In Bratislava, only four of the seven original registered candidates remained in the race for the city’s mayoralty; while in Košice two candidates withdrew from the race before it started.

The decision to give up one’s candidacy in the election is final and cannot be reversed. It is not only the candidates themselves, however, but also the political parties that nominate them that are able to have candidacies withdrawn.

That was the case, for instance, with former Slovak National Party (SNS) deputy chairperson Anna Belousovová, who was deleted at the last moment from her party’s candidate list for the local council in the town of Čadca.

The official election campaign was launched on November 10 and lasted two weeks. It ended 48 hours before polling stations opened.

During those two days, it was forbidden to broadcast or publish information about political parties and candidates in speech, writing, sound or images. The ban was valid for all media and for buildings where district election commissions are located as well as in their immediate surroundings. The moratorium lasted until polling stations closed at 20:00 on Saturday, November 27.

Publication of opinion poll results applying to the elections was prohibited for a week before the vote.

Almost 3,000 municipalities in Slovakia selected their mayors and local councillors on Saturday, November 27, with polling stations opening at 7:00 and closing at 20:00. The elected officials will serve for the next four years.

Altogether 5,952 polling stations were due to open on election day.

There were over 4 million people eligible to vote in these elections. State citizenship is not a requirement; instead, all permanent residents, including foreigners, have the right to vote in municipal elections.

Citizens in most Slovak towns and cities were able to choose from among multiple candidates, usually between five and ten. In small villages the number is often lower but in many cases citizens had a choice between at least two candidates.

No mayoral candidates at all were registered in six villages in central and eastern Slovakia, so elections for those positions were not held. The speaker of parliament must announce a new date for elections in the six municipalities within 14 days of November 27.

By contrast, the post of mayor is a prominent and sought-after position in the regional capital cities.

Local councils vary in size according to the population of the municipality. The number of members of local councils is approved by the sitting council at the end of its term in accordance with the limits established by law. Larger cities with populations over 100,000 citizens have between 23 and 41 representatives in their local councils.

According to political analyst Erik Láštic from the political sciences department of Comenius University, the outcomes of Slovakia’s municipal elections are not as important for national politics as local elections are in other countries such as France or the United Kingdom.

He explained that it is rather difficult to clearly determine the winners by party affiliation because the municipal polls actually comprise around 2,900 individual elections.

“This is particularly true where municipal coalitions, as is often the case, aren’t in line with national politics,” Láštic said.