In Košice we see great potential for growth

At the beginning of October, the Slovak company IMMORENT launched a construction of networks for the IMMOPARK project in Košice. IMMORENT, the 100-percent daughter of Erste Bank, operates on the market as a specialist in financing real estate properties, development, and services connected with the construction of real estates, thus continues in developing its activities in the sphere of logistic- and industrial parks. Peter Malík, a representative of the IMMORENT company, tells us more about the situation on the market as well as about the project itself; a project which is crucial in the current industrial sector. 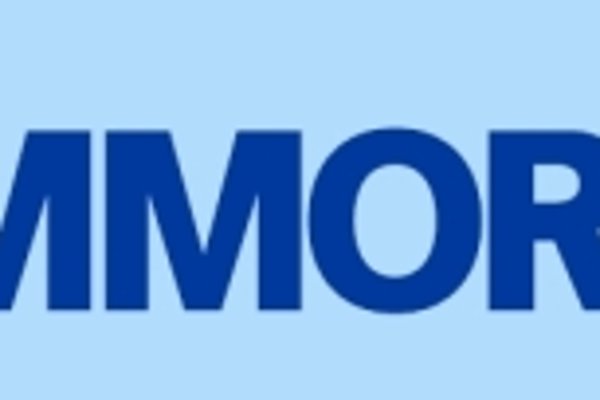 At the beginning of October, the Slovak company IMMORENT launched a construction of networks for the IMMOPARK project in Košice. IMMORENT, the 100-percent daughter of Erste Bank, operates on the market as a specialist in financing real estate properties, development, and services connected with the construction of real estates, thus continues in developing its activities in the sphere of logistic- and industrial parks.
Peter Malík, a representative of the IMMORENT company, tells us more about the situation on the market as well as about the project itself; a project which is crucial in the current industrial sector.

IMMOPARK has the potential to become a vital component of the economic development of the whole region near the eastern metropolis of Slovakia. What is the history behind it?
About five years ago, the strategy of IMMORENT had begun to shift more towards the development sector in Slovakia. We decided that we would direct our steps towards Košice. We chose an appropriate area, and continued with the purchase of plots. Simultaneously, the plan of the project started to materialise. We concluded that we would best increase the value of our investment by building a park for logistics and light industry.

Why did you opt for Košice? Weren’t investors rather more interested in western Slovakia??
We have always believed in the potential that the eastern-Slovak region can give. This locality currently offers almost no industrial or storage properties. We see a big potential for the future
growth in this gap.

Have you also noticed an increased interest from investors in coming specifically to this locality?
Many investors have already been operating in eastern Slovakia. After a two year break, the region is slowly showing that it is reviving again. Since the beginning of this year the interest of
investors has been growing too.

Several years have passed since you began preparations for the IMMOPARK project. How do you perceive the whole course of events on the market in this time?
Similarly to other branches, our project was influenced by the economic crisis. For Slovakia, which is to a great deal dependent also on the car industry, this period meant a marked slump in the flow of foreign investments. On the other hand, it was a good time for consistent preparation; e.g. for choosing contractors for construction works, for completing the property-legal settlement concerning the plots through which the underground services are conducted, or for securing sufficient capacities.

How has the situation in the segment of logistic- and industrial properties itself evolved?
As of now, it is still true that from the existing million-plus square metres of industrial properties in Slovakia, 90 percent are located in the western part of the country. The remaining 10 percent, i.e. only 100,000 square metres, lie in central or eastern Slovakia. In eastern Slovakia there are just two bigger modern complexes, in Prešov.
Moreover, in the last two years, not a single speculative project has been launched. We see it positively: due to unused capacities in the construction sector, construction costs have been noticeably reduced. This creates a precondition for us to offer our clients attractive rates of rentals. Investors, mostly foreign companies, are aware of this too. Currently, they have also been conducting processes of cost optimisation; one of the options is to shift the production to countries with cheaper labour and a stable currency, which Slovakia offers. For example, European car producers still make most of their cars in Germany, Spain, and France. Thus, we suppose that sub-contractors of the car industry could find a suitable base in our park. There is, for example, the company Valeo which operates close to our park and it invested in a modern facility which employs hundreds of people in spite of the fact that as a supplier for the car industry, it does not lie close to any car factory.

Does it mean that Košice offers sufficient potential for qualified employees?
This is just one of the potentials of this city. Investors can profit in eastern Slovakia mainly
from the available and qualified labour which is already limited to some extent in western Slovakia.

What other benefits does the east-Slovak metropolis offer?
It is the second largest city of Slovakia with its own cultural background, its own technical university, and a good level of quality within its college-education institutions. As our park is
situated very close to the city, it will be accessible by city transport, even by using the tram that heads for the US Steel, as the line for this borders on our plots. Today, this is the only project of this extent near Košice that is ready for investors to join it. We drafted the complete infrastructure on the plots – the bulk networks with high-quality supplies. Thus, we also solved a great deal of the problem of the city’s industrial infrastructure. Part of the project will include building a new access road to the airport, as the current road is far from ideal, especially when travelling out of Košice.

The interest of investors is conditioned also by the development of the infrastructure of roads. The state of roads in Slovakia, however, still does not offer optimal conditions for an influx of investments.
The project of our industrial park is a long-term investment, not only for us, but also for our clients. Thus, for the project itself, it is not crucial in what state the existing road infrastructure is, but rather whether it will be completed or vastly improved in a relatively short time. Even today, IMMOPARK has a good quality road connection to the Košice infrastructure with the existing city bypass in the direction of Prešov. The southern link to the Hungarian highway network and the south-eastern Košice bypass has already been started with the construction of R4. Completing the missing sections of D1 and the northern connection is also planned for the coming years. Moreover, through the completion of R1 in 2011, the southern route to Košice will be improved.

What will the park bring to this region?
We believe that the presence of a company with our name and financial background will encourage investors to the area. Although the industrial park with a modern infrastructure will be used mainly by our clients, its existence will surely be an asset also for the city, and for the whole region. It will bring the re-distribution of employment towards branches with a higher added value and with better working conditions.