INDEPENDENT candidates running for posts in municipal councils or seeking to become mayors seem to attract voters by promising that they will be independent of the interests and wishes of political parties if they are elected. And Slovak voters seem to be receptive to this message based on the number of independent candidates who won municipal offices in Slovak towns, villages and cities. But observers say that some of these calling themselves independent may not be as free of party influence as they seem. 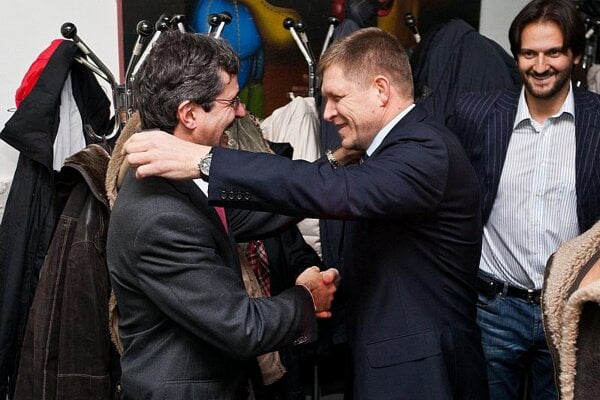 INDEPENDENT candidates running for posts in municipal councils or seeking to become mayors seem to attract voters by promising that they will be independent of the interests and wishes of political parties if they are elected. And Slovak voters seem to be receptive to this message based on the number of independent candidates who won municipal offices in Slovak towns, villages and cities. But observers say that some of these calling themselves independent may not be as free of party influence as they seem.

The number of independent candidates elected as mayors in Slovak municipalities climbed to 979 after the November 27 elections, making up only slightly less than 34 percent of all such seats across the country. The independents have more mayoral seats than candidates fielded by any one political party or by coalitions of parties. Despite observers’ opinions that independent candidates are usually only successful in smaller towns and villages where voters may personally know the candidates and tend to use criteria other than party affiliation, and that party loyalty has a significant role in bigger cities, independent candidates also captured the mayors' seats in four of Slovakia’s eight regional capitals, including Bratislava.

Independent candidates will also occupy more than 4,700 seats in municipal councils, more than any political party that fielded candidates.

“Political party affiliation in municipal politics [in Slovakia], mainly in smaller towns and villages, represents an obstacle since political parties usually tend to divide voters and thus increase the attractiveness and the election potential of independent candidates,” Darina Malová, a political analyst from the Department of Political Sciences of Comenius University, told The Slovak Spectator.

The Association of Slovak Towns and Villages (ZMOS) issued a statement following the elections stating that it welcomed the victory of independent candidates in four of eight regional cities.

“I am convinced that on the local level a party inclination can be rather harmful,” the association’s vice-chairperson, Milan Muška, said, as quoted by the SITA newswire.

Political analyst Grigorij Mesežnikov disagrees that political affiliation should be harmful in a functioning democracy but believes that the political parties should behave differently at the local level compared to the national level, which he added means that local interests should not serve as a reason for strange party coalitions to support a specific municipal candidate, as was often the case in the campaign leading up to the recent balloting – coalitions that on the national level would be unimaginable.

Mesežnikov added that the fact that so many candidates preferred to run as independents and that voters often seemed to choose those without a party affiliation is a symptom of anti-party sentiments among the country’s citizens.

Sociologist Pavel Haulík of the MVK polling agency offered several reasons why candidates prefer to run as independents. He said to some extent it is that there is more interest among voters about municipal issues, which he believes are closest to the border between politics and civil society.

“And I think the number of [interested] people has increased – those who have never had ambitions to join a political party and compete for a political post – who in the municipal elections have the chance to become a council member or a mayor,” Haulík told The Slovak Spectator.

Another reason Haulík sees behind the increasing numbers of independents is that potential candidates have simply observed that they might increase their chances of succeeding without a political party label.

“That doesn’t necessarily mean that there is some disrespect among the public towards political parties,” Haulík explained. “It can also mean that in an atomised political space, if there are several candidates in a small city from several different parties, a candidate with a party label effectively closes their door on those voters who do not closely identify with his or her party.”

Haulík added that this is true mostly in areas where various ethnic groups are mingled, such as southern Slovakia, and that there are several examples to show that independents have a better chance of winning than those affiliated with either a Slovak or a Hungarian political party. That proved to be the case this year in Komárno, a community of both ethnic Slovaks and Hungarians, where an independent candidate won over two candidates nominated by political parties.

Both Haulík and Mesežnikov noted, however, that independence in some cases might be illusory, since some candidates who formally ran in these elections as independents had previously run for the same post or other positions on the national or regional level as party candidates or had even been party members.

“That indeed is remarkable and I don’t think it is a very good phenomenon: people who previously were engaged in party politics cease to represent political parties and put on a no-colour T-shirt,” Mesežnikov told The Slovak Spectator, adding that he knows candidates with a clear ideological or issue orientation who chose to run as independent candidates and in the end won voter support. “That really doesn’t show that the parties have much authority.”

One such candidate was Milan Ftáčnik, who ran in the November campaign as an independent with the support of Smer party but only a year ago was a declared candidate for Smer in the regional government election. Ftáčnik, who accepted Smer’s support from the very start of his mayoral campaign, told the media on election night that he would not have won without that support.

“I took it as support from a relevant political party in the city,” Ftáčnik told the Sme daily. “I aspired for the support of a party that has got 25 percent of the voters in the city. If I let those 25 percent go, they could have supported any other candidate and it could also have been that Smer would have fielded its own candidate, the voter support would split and I would have been left with no chance of being elected. So it is also a question of the background you create for your candidacy.”

Observers share the opinion that this ‘independence phenomenon’ has spread as there were many more independent candidates running and elected in the November 27 balloting than in previous municipal elections.

“I see it as an unfortunate phenomenon because in a normally functioning democracy it is possible to combine party membership with one’s personal dimension,” Mesežnikov noted, adding that he believes that the political parties are failing in this respect.