The White Lady of Levoča

A NEW exhibition at the Spiš Museum in Levoča explores whether an 18th century noblewoman known as the “White Lady of Levoča” was a true historical figure or just a legend. The Slovak National Museum opened the exhibition on November 12 and it will run until May 30, 2011. 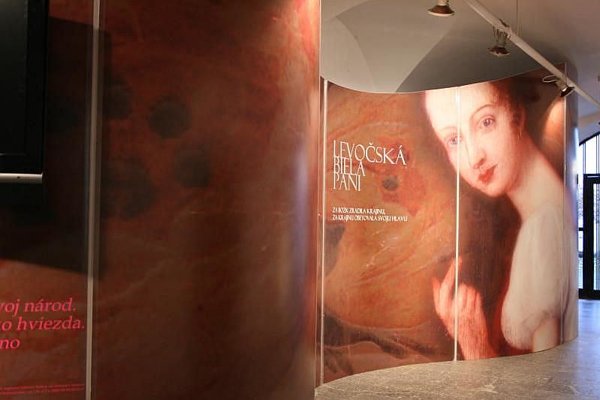 A NEW exhibition at the Spiš Museum in Levoča explores whether an 18th century noblewoman known as the “White Lady of Levoča” was a true historical figure or just a legend. The Slovak National Museum opened the exhibition on November 12 and it will run until May 30, 2011.

“This is a historical depiction of a legendary woman. Throughout the centuries many have perceived her as a haunting ghost but in fact she never haunted anyone. In the famous novel by Mór Jókai she is portrayed as a traitor to Levoča but the reality was different,” Mária Novotná, the head of the Spiš Museum, told the TASR newswire.

The exhibition took three years to prepare and involved the collaboration of 19 institutions from Slovakia and Hungary. One of the co-authors of the exposition, Silvia Loerenčíková, said it was very difficult to find documents about the life of this novel-like personality in various archives and the researchers failed to find her marriage certificate.

“We had begun to doubt whether she really existed but shortly before the end of our research we received a file from Hungary about her interrogation and also her last testament and a prayer written one day before her execution,” Loerenčíková said.

The 45-page file about the interrogation of the White Lady of Levoča – her real name was Júlia Korponayová, née Géczy – shows that she was cruelly tortured. The testament and prayer were written in a Győr prison and is a unique document about the life of this noblewoman and politician who was sentenced to death by beheading on September 25, 1714.

She is buried near the cathedral temple in the Hungarian town of Győr.

Novotná said Korponayová was the only woman in the history of the Great Hungarian Empire to be sentenced to death and executed as a result of a political trial at the Imperial Court in Vienna.

“Apart from the archival documents the exhibition shows a realistic portrayal of this noblewoman from 1706”, said Dáša Uharčeková-Pavúková, the other co-author. She added that museum visitors from Slovakia will now be better able to understand the complexity of this historical era of Rákóczy’s rebellion and the legend of this beautiful woman who pretended to love the insurgent Captain Štefan Andrássy while stealing the key to the Levoča town gate from him; permitting the imperial army to enter.