THE EIGHTH year of the Day of Wine Cellars was held in downtown Trnava in early November, continuing a tradition that goes back to the 13th century, as about 40 winemakers offered their best vintages in 31 different wine cellars. 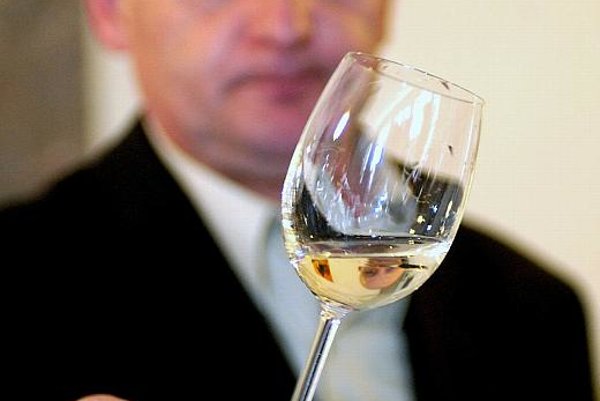 THE EIGHTH year of the Day of Wine Cellars was held in downtown Trnava in early November, continuing a tradition that goes back to the 13th century, as about 40 winemakers offered their best vintages in 31 different wine cellars.

Vincent Eduard Krištofovič, the head of Trnava's Friends of Wine club and an expert on the underground cellars of Trnava told the SITA newswire that “this year one of the oldest wine cellars in Trnava, which lies opposite the Franciscan Church, was added to the route. This cellar can remember when Hungarian King Béla IV awarded town privileges to Trnava in the 13th century”.

Like many others, this wine cellar accumulated much litter and debris during the communist regime but wine enthusiast Jozef Viskupovič finished cleaning and restoring it just a few days before the Day of Wine Cellars.

With a ceiling height of nearly seven metres, it is one of the roomiest cellars in Trnava; and it and the Čajka (Gull) cellar on Halenárska Street may be of the same age, said Viskupič. Neither of these cellars has a reinforced floor so they are not used for commercial purposes but Viskupič would like to modify the recently cleaned cellar so it can become a wine shop or wine bar.

Several events connected with wine are celebrated in Trnava such as the Vino Tirnavia wine exhibition commemorating ancient winemaking traditions.

Krištofovič told the TASR newswire that vintners who took part in the event were not only from nearby communities but also from Nitra, Modra, Nové Zámky, and from the Czech town of Kroměříž.

He explained that “a few days earlier the Open Cellars Day at the Small Carpathians Wine Route was held and it would be a pity to degust the same wines twice. Therefore, we regularly address wine producers, who present a different varietal that has been grown in different soil.”

Visitors to the Day of Wine Cellars – and there were about 800 this year – received a wine passport permitting entry to the cellars and wine shops and the opportunity to sample their preferred wine.

The popular event opens sites in Trnava that are normally not available to the public. This year a synagogue on Haulíkova Street, without a cellar, was opened to attract disabled and elderly persons who may have found it difficult to climb down and back up the many stairs to an underground cellar.