Why should Slovakia stay on the FDI train?

Although the global financial downturn has redefined some economic trends, foreign directinvestments (FDI) are still considered one of the key factors in the economic growth of any country. 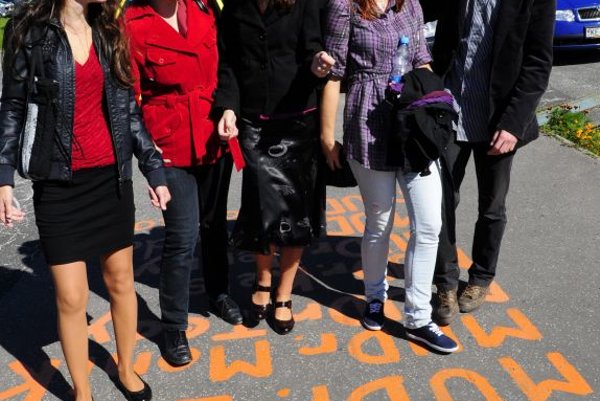 Although the global financial downturn has redefined some economic trends, foreign direct
investments (FDI) are still considered one of the key factors in the economic growth of any country.

FDI open new possibilities for employment growth, regional development, education, and innovations; creating a base of domestic suppliers, and then linking this to global production.

The financial and economic downturn has influenced the development of FDI worldwide: global investments dropped 16 percent in 2008 year-on-year, while the year-on-year drop in 2009 was 37 percent, according to the World Investment Report 2010. The largest slump was recorded in investments oriented towards an enlargement of the market, especially if these were efforts to penetrate the markets of developed countries. Investments in developing countries and developing economies have not been affected by the global crisis to the same extent as in the developed world, the Slovak Academy of Science (SAV) suggests in one of its 2010 studies.

Nonetheless, Slovakia remains within the family of attractive countries - especially in terms of competitive labour costs and a sufficiently educated labour force. Slovakia has achieved a good ranking within spheres that impact on the development of FDI in a country, according to the Global Competitiveness Report for 2010-2011, which assessed 139 countries. Slovakia was ranked 5th in the category of the influence of FDI on the transfer of latest technologies into the country, showing that FDI are a crucial source of new technologies. In the category of pay and productivity, Slovakia was ranked 10th, while in the area of production process sophistication Slovakia’s rank stood at 35. In terms of availability of the latest technologies, Slovakia was ranked 40th, and in the local availability of specialised research and training services, the country’s ranking was 41.
Slovakia has other comparative advantages as well, such as its location, its currency – the euro - its adaptability and ability to learn, its cultivated human potential, its existing supplier networks, and its local infrastructure of research and development (R&D) institutions.

The global financial and economic crisis has also caused much turbulence in various industrial branches; some branches have felt the impact more heavily while some have been impacted to a lesser extent. It was the global crisis however that has accelerated many processes in the business world, and the importance of FDI has been growing under the global trends and challenges that internationally operating companies started to face. Companies are now pressed to orient their business towards the development of green technologies, green products, and green production; they must be more focused on support for innovations and education.

Another important trend that FDI are oriented towards is a low-carbon economy. These types of investments are further specified as investments in recycling, renewable energy sources, green technologies and cleaner, environmentally-friendly production.

Investment agencies are focusing not only on investments from developed countries but also on those from emerging and growing economies that have available capital: for example, from China and India.
The European Union, in the strategy laid out in Europe 2020, has defined five main goals: the support of employment; research and innovation; the climate change and energy; the support for education; and the fight against poverty. The core of this strategy consists of three complementary priorities: intelligent growth, which is related to knowledge and innovations; sustainable growth, linked to support for environmental protection and competitiveness; and inclusive growth, which is related to support for employment.

Aside from various global initiatives, it is also important to prepare a suitable investment environment in the host country. The activities of the Automobile Cluster – Western Slovakia, residing in Trnava, can be used as an example of the support and development of the investment environment in Slovakia. Cluster initiatives are oriented mostly towards the automotive industry and towards networking; one of the crucial aims of the cluster is to facilitate international projects. Currently, the cluster is involved in five international projects, and in two of these this cluster is the leader of the whole consortium. The cluster has much higher ambitions however: to be involved in the projects of the 7th framework programme oriented towards the building and development of e-mobility in Slovakia.

Recently the cluster has launched the implementation of a sub-project focused on an analysis of the infrastructure for electric cars in Slovakia, within the main project AUTOCLUSTERS. Universities with technical orientation in Slovakia, i.e., the Slovak University of Technology in Bratislava and the Technical University in Košice, have also been developing interesting activities within the sphere of automotive development.

The EU, which has been active in this area, has recently elaborated on a European strategy for clean and energy-efficient vehicles, as well as a European Green Cars Initiative.

Among examples from the private sector, we can also name corporate activities in the area of green technologies implemented in Slovakia as by the Thermo Solar Žiar company which produces solar panels and has also been involved in research and development processes.

The trends and challenges listed above will surely be important for Slovakia. The country, as well as our domestic companies, now have the chance to bid for these highly valuable foreign investments. Investments not only in the private sector, but also investments from public resources that can strongly influence the direction and industrial orientation of any country, have been picking up importance. Slovakia is a part of the globalised world with its presence of global companies and global industrial sectors. It is necessary to use this trend and to show where our biggest wealth lies – in human resources.