The constant need for energy and the predicted growth in energy consumption make the energy sector an attractive target for investors. But since energy is a conservative sector, investments are of a long-term character and investors cannot forget one extremely important factor: state regulation. 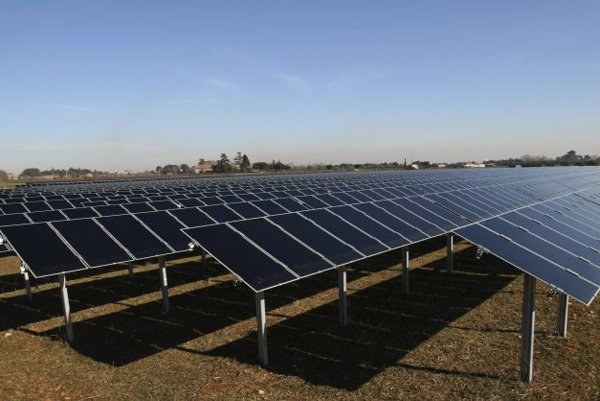 The constant need for energy and the predicted growth in energy consumption make the energy sector an attractive target for investors. But since energy is a conservative sector, investments are of a long-term character and investors cannot forget one extremely important factor: state regulation.

The state's involvement arises from every country's interest in having a secure and adequate supply of energy, and from energy's fundamental characteristic as resource that cannot easily be stored, which means that production must more or less meet actual consumption.

“The energy sector is principally interesting from the point of view of investments, but rather conservative,” Peter Laco from KPMG Slovakia told The Slovak Spectator, adding that it is impossible to expect very dramatic revenues in this sector in the short term as return on such investments typically occurs over decades. “The alpha and omega of the attractiveness of the energy sector will primarily be the regulatory policy of the state in this market, and this will more or less define the extent of investments over a certain period of time.”

Primarily, Laco sees two segments for investments in the energy sector: smaller projects, of which currently the most interesting are projects based on renewable energy sources; and bigger ones, for example construction of nuclear power stations, which, due to the size of investments and because the power and utility sector is becoming more global, are usually international projects that due to their size require the participation of several investors.

Laco cites the Czech Republic as a sub-optimal model of how the state can support renewable energy projects: it set excessively generous feed-in tariffs for photovoltaic projects, thus making them attractive, luring in speculative developers. Slovakia, meanwhile, has chosen a more conservative path. Slovenská Elektrizačná Prenosová Sústava (SEPS), the authority responsible for ensuring the security of electricity supply in Slovakia, has topped issuing new licences for renewable energy projects. Moreover, the Slovak parliament will soon deal with a revision to the law on support for renewable energy intended to tighten conditions for new investors.


Even though nuclear energy will remain the main source of electricity in Slovakia, in order to diversify energy resources as well as to meet its EU commitment of generating 14 percent of the country’s energy needs from renewable sources such as biomass, hydroelectric, wind and solar power by 2020, Slovakia adopted new legislation in 2009 to support the use of renewables and highly efficient combined production of heat and power.

“After adoption of this law the investment horizon was clear and investors knew roughly what they were getting into,” said Laco of KPMG. “Consequently, interest from investors was strong since this model is relatively advantageous for them.”

The law made renewable energy projects, especially those based on solar energy, attractive to investors and even though conditions for receiving state support were later tightened and the regulatory Office for Network Industries (ÚRSO) reduced the feed-in tariffs for solar power stations, a number of photovoltaic power stations are under construction in Slovakia.

In Slovakia, electricity distributors are obliged to buy power generated by ‘green’ energy producers. They have already warned that this may increase the final prices which end-users pay for electricity. To moderate these impacts Ľudovít Jurčík, an MP for Freedom and Solidarity (SaS), has submitted an amendment to the law on support for renewable energy to parliament, according to the SITA newswire. The revision limits support for photovoltaic power stations to only those mounted on roofs and external walls up to an installed capacity of 100 kilowatts. The revision also sets the minimum period of return on investments at 12 years, the Trend weekly wrote.

For now, no new licences for construction of photovoltaic or wind power stations are being issued. SEPS says it will not resume issuing licences until the end of 2011, and will use the intervening period to evaluate the impact on supply of those renewable energy power stations authorised to date. Such sources of power are regarded as unpredictable and are thus expected to require back-up capacity. SEPS expects that a number of photovoltaic power stations with an aggregate installed capacity of 700 MW will be built by the end of 2011.

Electricity consumption is expected to rise

Even though electricity consumption has decreased in Slovakia due to the economic crisis, the long-term outlook is upward. In 2009 energy consumption decreased by 8.2 percent to 27,386 GWh compared with 2008, the Economy Ministry wrote in its annual report about the country's energy supply for 2009. Electricity production amounted to 26,074 GWh, a drop of 11 percent compared with the previous year. Thus electricity production stood at the same level as in 1998, while consumption decreased to the level of 1995. Slovakia needed to cover 4.8 percent of its consumption by importing electricity, a consequence of the closure of the V1 nuclear power plant at Jaslovské Bohunice.

2009 was the first year in which Slovakia had to do without the two blocks of the V1 nuclear power plant at Jaslovské Bohunice, the closure of which was an obligation the country assumed when it joined the European Union back in 2004. Despite this fact, the share of energy generated by nuclear power stations still accounted for 54 percent of total national energy production and nuclear power has an unshakeable place in Slovakia's energy security scheme.

Shortly after the Italian energy giant Enel acquired a 66-percent stake in the country's dominant power producer Slovenské Elektrárne in 2006, it decided to complete two units of SE’s Mochovce nuclear power plant. The plant's Unit 1 was connected to the power grid in 1998 and Unit 2 has been supplying electricity since late 1999. Construction of the third and fourth units, which had been halted due to a lack of money, resumed in 2008 as part of a €2.8-billion project, which SE describes as the biggest private investment in Slovakia.

The Mochovce nuclear power plant reached a milestone on September 7 this year when SE finished installing the pressure vessel for the plant's third nuclear reactor.

“The successful installation of the pressure vessel confirms that we are on track to fulfil our commitment to complete Mochovce, the largest investment ever made by a private investor in the history of Slovakia,” said Paolo Ruzzini, CEO and chairman of the board of directors of Slovenské Elektrárne, in a press release. “Through the completion of Mochovce we will strengthen the country’s security of energy supplies while maintaining the highest standards applied by the nuclear industry around the world”.

SE plans to put the third unit of Mochovce into operation at the end of 2012, and the fourth unit in 2013. Both will contain VVER/V213 reactors. Once completed, the four units in the Mochovce complex will supply as much as 45 percent of the power Slovakia consumes, SE said.

While completion of Mochovce remains SE's biggest project, it is not the company's only investment.
“The most important project from the point of view of installed capacity increase this year is the power up-rate to the [V2] nuclear power station in Jaslovské Bohunice,” SE spokesperson Jana Burdová told The Slovak Spectator.

SE also joined in with the wave of construction of renewable energy power plants.
“Interesting projects already in realisation in the renewable energies category are two photovoltaic power plants, at the Mochovce nuclear power plant and the Vojany thermal power station, each of which will have 1 MW of installed capacity,” said Burdová.


Mochovce might not be the last nuclear facility to be completed in Slovakia. The state-owned Jadrová a Vyraďovacia Spoločnosť (Nuclear and Decommissioning Company; JAVYS) and the Czech energy company ČEZ have created a joint-stock company, Jadrová Energetická Spoločnosť Slovenska (Nuclear Energy Company of Slovakia; JESS), with a plan to build a brand new nuclear power station almost exactly on the site of the now-closed V1 nuclear power station in Jaslovské Bohunice. But the contours of the project are not clear yet as JESS is currently working on its feasibility study, the results of which are expected to be known only at the beginning of next year. However, the programme statement of the government of Iveta Radičová states that construction of this power plant in Jaslovské Bohunice will get the new government’s support only if it can be financed without state resources.

“In June 2010, all the systems of the power station were checked and gradually put into operation,” Matthias Fricke, Director of Project Malženice, told The Slovak Spectator. “The first ignition of the gas turbine took place in accordance with the schedule of construction works on June 23, 2010.”
Subsequently, the first phase-connection of the generator to Slovakia’s grid took place on July 2. After the blow-pieces of the boiler’s pressure parts and piping were accomplished the steam turbine was connected for the first time on August 13. The power plant’s individual test runs will continue untill mid November. A test run of the entire power plant, which is supposed to be the last stage before producing power commercially, is scheduled to take place from mid November until late December. Commercial operation of the Malženice power plant is scheduled to begin in January 2011.

“The total installed output of the power plant will be 430 MW and, with an efficiency of 58 percent, this facility will be amongst the most technologically advanced and most ecological in Slovakia,” said Fricke, adding that the plant will ensure a reliable supply of power to cover the consumption of approximately 600,000 households.

Malženice is not the only project by E.ON, which owns a 40-percent share in electricity distributor Západoslovenská Energetika, currently under way in Slovakia.

“This year, E.ON Slovensko commissioned three new bio-gas stations, in Ladzany, Hontianske Moravce and Horovce, and a fourth one, in Cetín, will commence operating within three months,” Fricke said in early October. Each of the bio-gas stations produces 1 MW. The new power plants will supply 32,400 MWh of power each year to the grid, covering the needs of almost 14,000 households. Total investment in the four power plants will amount to €16 million