Since its establishment in 2001, the Slovak Investment and Trade Development Agency (SARIO) has witnessed both the glory of big gains, when huge foreign investors enter the market, and equally the despair of declining foreign direct investment (FDI) in Slovakia, when only smaller investments are in the game. 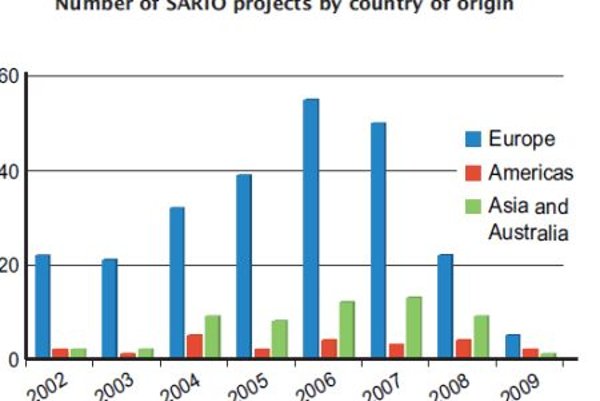 Since its establishment in 2001, the Slovak Investment and Trade Development Agency (SARIO) has witnessed both the glory of big gains, when huge foreign investors enter the market, and equally the despair of declining foreign direct investment (FDI) in Slovakia, when only smaller investments are in the game.

Despite the decline, some positive perspectives are appearing on the horizon, offering new opportunities in attracting FDI. The SARIO experience indicates that the leading group of investors in FDI projects traditionally originates from European countries, while the second position is held by US and Canadian companies, with third place occupied by investors from Asia.

This breakdown is misleading however; numerous US and Asian companies have entered the Slovak investment environment through their European headquarters registered in the Netherlands, Italy or Germany.

In past years, when observing the dynamics of FDI inflow from projects that SARIO has implemented, the portfolio of investing countries has remained stable. Despite the major interest and presence of investors from Western economies, with the biggest investors coming from Germany and Austria, the growing interest and impact of Asian investors, most notably South Korean and Taiwanese companies, is significant when assessing the impact of FDI on the economic performance of the country.

The composition of investment projects, in terms of sectors from 2002 onwards, reflects the key sectors of the Slovak economy. Large automotive investment projects by the French PSA Peugeot Citroen and South Korean Kia Motors have come, and the electronic industry has welcomed players such as Samsung from South Korea and Japan’s Sony. Numerous other related investment projects have also been pouring into the country.

The sizeable investment by AU Optronics into developing its European headquarters is an obvious testimony to the growing interest of foreign electro-technical companies in Slovakia. The fourth biggest world producer of LCD monitors will invest more than €190 million, creating over 3,000 new jobs in Slovakia. AU Optronics is among the biggest recent projects to be completed in terms of capital investments as well as impact on local employment. This project will attract further investment opportunities, intensify and develop both local and international supplier and sub-supplier chains, and open doors for product sophistication and research and development opportunities.

The key industries in attracting FDI inflow are doubtless the automotive and electronics sectors, followed by investment projects in metallurgy, chemical, and plastics production.

Along with the industrial sectors, service sectors are also rapidly gaining popularity, therefore profiling Slovakia to become a favourable destination for information technology centres and shared services centres. Business centres like Dell, IBM, Johnson Controls International, T-Systems and many others are already enjoying a favourable business environment and are considering further expansion.

One additional aspect of the incoming investments are their regional distribution. Slovakia has been struggling for years to evenly attract investments, not only into localities that benefit from a developed infrastructure, but also into disadvantaged regions. Attracting investments to the eastern part of Slovakia remains a constant challenge however, since this is a part of the country where the lack of investments, know-how, and capital opens deep gaps in wages and employment when compared to other parts of the country.

Although Slovakia experienced an unexpected wave of large investment projects in the past, the time has now come for smaller, more targeted and less labour intensive projects; ones that involve a highly qualified labour force.

Since the country continues welcoming investors in the previously mentioned key sectors, the time has arrived to move forward and embrace the research and development (R&D) potential offered by the trained manpower and developed network of R&D institutions. It remains crucial to support the involvement of small and medium-sized enterprises, since currently these employ almost 70 percent of the total labour force, and contribute 55 percent of GDP.

Also, in line with Slovakia’s ambitions to develop a knowledge-based economy and information society, universities, research centres and regional innovation centres have been established with the help of state and EU structural funds to attract an incoming FDI inflow into higher added value sectors of the economy. The priorities of the country include a further boost of FDI inflow as well as motivating capital reinvestment of the already allocated FDI. In order to achieve this goal, the joint work of SARIO and other governmental institutions, as well as business associations and other parties, is necessary.