SLOVAKIA’S annual evaluation of its universities is slowly but surely becoming a tradition – despite not much regard for the rankings among students and even universities themselves. But the quality of Slovak universities, according to the sixth edition of the overall ranking, seems to be showing little improvement. There are, however, examples of faculties whose standing has risen significantly, or has sunk correspondingly quickly, during the past year. 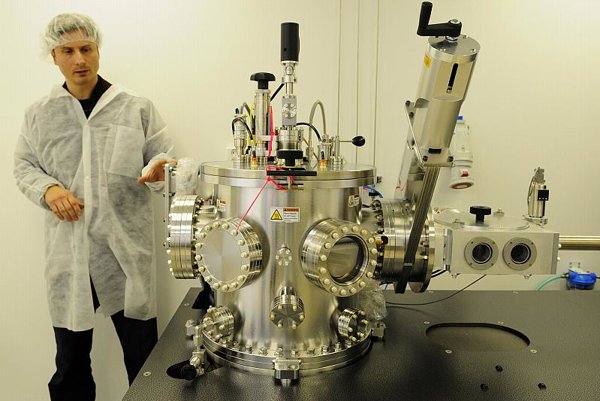 The Faculty of Natural Sciences of the University of P. J. Šafárik in Košice, which was ranked among the best in its category, openednewlaboratories in November 2010. (Source: TASR)
Font size:A-|A+0

SLOVAKIA’S annual evaluation of its universities is slowly but surely becoming a tradition – despite not much regard for the rankings among students and even universities themselves. But the quality of Slovak universities, according to the sixth edition of the overall ranking, seems to be showing little improvement. There are, however, examples of faculties whose standing has risen significantly, or has sunk correspondingly quickly, during the past year.

The Academic Ranking and Rating Agency (ARRA) recently published its sixth independent evaluation of Slovak universities and their faculties, for 2010. A single problematic point remains, however: the data used in the evaluation cannot be considered comprehensive. ARRA says it uses data from Education Ministry reports, the Institute of Information and Prognosis on Schooling, and other publicly accessible data, mainly from the Web of Knowledge database. The indicators are divided into two basic groups: education (numbers of students, teachers, interest in studies) and research (number of publications and citations, grants and PhD studies).

The best schools in Slovakia according to the ARRA ranking did not change much compared to previous years. The list of the best universities comprises the University of Veterinary Medicine and Pharmacy in Košice, Comenius University in Bratislava, and Pavol Jozef Šafárik University in Košice. That, however, does not mean that good-quality faculties cannot be found at other universities too, since the overall ranking can provide a deformed image of the reality, said Ivan Ostrovský, a member of ARRA’s board, at a press conference.

According to Ostrovský, the biggest improvements in the rankings were recorded by the Faculty of Physical Education and Sports of Comenius University and the Faculty of Civil Engineering of Žilina University, both of which rose mainly thanks to their good-quality research and PhD study programmes.

“Grant-winning and doctoral students are behind the success of these two faculties in 2010,” Ostrovský said, as quoted by the SITA newswire. Other faculties that have visibly improved their rankings in comparison with 2009 are the Faculty of Arts of Matej Bel University in Banská Bystrica, Žilina University’s Faculty of Mechanical Engineering and Comenius’ Medical Faculty.

Most of the still-relatively new universities remain well below average in their rankings. This goes mainly for the Universities of Ss. Cyril and Methodius in Trnava, Alexander Dubček in Trenčín and János Selye in Komárno. The Catholic University in Ružomberok stands out among the ‘new’ universities as one which has managed to advance – its Faculty of Philosophy, for instance, came fourth in the ranking, behind three well-established faculties in the same category.

While the previous head of the Education Ministry, Ján Mikolaj (nominated by the Slovak National Party (SNS)), did not approve of the ARRA ranking, saying it might be subjective and that it works with unverified data, his successor, current Education Minister Eugen Jurzyca, regards it relevant and worthy of merit.

Ministry spokesperson Miriam Žiaková told The Slovak Spectator that the ministry perceives the ARRA ranking as an indicator that can serve students well as they select their university.

“We neither overestimate, nor underestimate the significance of the rankings,” Žiaková told The
Slovak Spectator.

ARRA noted, however, that students-to-be often do not select their future alma mater according to its quality reflected in the rankings or by its research outputs, and often choose faculties with average or below-average results.

“Faculties whose research activities are weak in light of the number of scientific publications and their citations, educate large numbers of future scientists – PhD students,” the ARRA report further states. “It is more than questionable whether it is possible to educate a quality researcher in an environment where research is being done only to a minor extent, or not at all.” According to the report, this “anomaly” is widespread mainly in technical sciences, social sciences and humanities.

Waking up to internationalisation

The ARRA report cited as a positive trend the presence on many Slovak faculties of increasing numbers of foreign students, both from within and beyond the EU. Medical and pharmaceutical faculties are those where numbers are rising fastest.

“The interest of foreign students in studying at some Slovak faculties proves their good image abroad and serves as an appreciation of their quality,” ARRA states.

The ministry agrees that the number of foreign students at a university is an important element in the internationalisation of the Slovak higher education system. Currently, according to Žiaková, the ministry is working on securing the continuation of the National Scholarship Programme which allows for short-term academic mobility, and promises to seek financial resources through other programmes to increase the number of incoming students.