THE DANGEROUS path that Slovakia had been walking is now over, said Finance Minister Ivan Mikloš after the government’s budget for 2011 sailed easily through parliament. 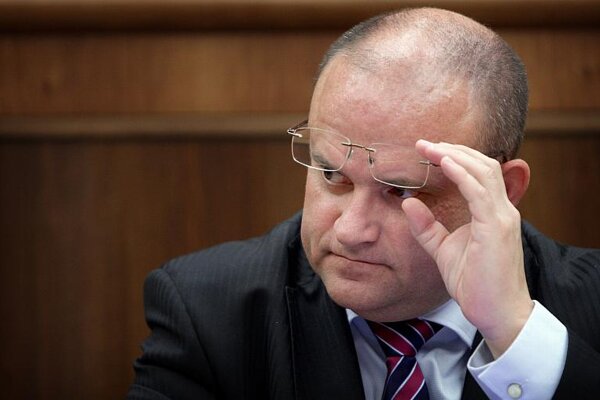 THE DANGEROUS path that Slovakia had been walking is now over, said Finance Minister Ivan Mikloš after the government’s budget for 2011 sailed easily through parliament.

All the ruling coalition MPs present for the voting supported the budget proposal while all opposition MPs voted against. Of 147 lawmakers present, the vote was 78 in favour and 69 against. The budget projects a government deficit of €3.81 billion for 2011, or 4.9 percent of gross domestic product (GDP), with revenues of €13.148 billion and expenditures of €16.958 billion.

MP Robert Fico, chairman of the opposition Smer party, reacted to the vote by saying the winners from next year’s budget are banks and monopolies while the losers are all other groups in Slovakia, especially the middle class. Mikloš, however, insisted that adoption of the budget is very good news for Slovakia “because over the past years Slovakia had taken a very dangerous path; a path walked by Hungary and Greece. Now this dangerous path has ended”.

While acknowledging that it is not perfect, the finance minister stated that the budget for 2011 will contribute to improving the overall status of public finances.

Mikloš added, as reported by the SITA newswire, that the budget would create conditions for economic growth and improved living standards, and that the greatest risk next year would be economic conditions in the external environment.

Smer MP Peter Kažimír, a former Finance Ministry state secretary, stated that he saw no reason for celebration and that Slovakia is now facing the prospect of price increases, adding that he views the approved budget as risking economic growth due to the government’s consolidation measures.

“The truth is that the government inherited public finances that are in a very bad condition,” said Radovan Ďurana of the INESS economic think tank in reacting to the budget passed by parliament. “However, one cannot really talk about any surprises because the [political] parties had been aware of that even before the election even though they did not have reform solutions prepared at that time.”

The budget, according to Ďurana, responds to the poor condition of public finances, adding that he views it as an attempt by a government that would like to effectively manage public funds but has not yet figured out how to do so.

“The question remains whether this attitude will remain in 2011 and result in systematic reforms leading to a reduction of the tax burden and deficit,” Ďurana told The Slovak Spectator. “In my opinion, the new budget puts far stronger emphasis on increasing tax revenues and I would welcome a larger part of savings on the spending side.”

Rafael Rafaj, an MP from the Slovak National Party (SNS), expressed doubt about whether the government will be able to keep the deficit within the approved level and stated that the budget was built on unclear concepts, SITA wrote.

Ďurana said the measures taken by the government to reduce the deficit that increased the tax burden will have a negative impact on economic growth over the long term.

Regarding the steps he believes the government should have taken, Ďurana stated that “expenditures for ineffective family policies” – which he said are state contributions to certain citizens regardless of their income or property ownership – could have been opened for discussion and reform.

Ďurana also stated that what he called “quite ineffective [state] support of mortgage and consumer loans” should have been terminated because the reduction of these state costs could have covered a substantial part of the tax increases in next year’s budget.

“Systematic reforms should be first prepared and this is why it is not possible to expect significant changes in spending in a short time,” Ďurana said, adding that the government could have been more ambitious in reducing public spending.

Jozef Mihál, the Minister of Labour, Social Affairs and Family, said he appreciated the fact that next year’s budget did not exact cuts in the social sphere and that the opposite was true as there will be spending increases, primarily for parent allowances and childcare contributions via the social insurance provider, Sociálna Poisťovňa, which will be financed by the Labour Ministry, SITA reported.